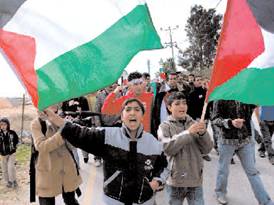 The two sides said in a joint media note that they discussed international challenges, and resolved to maintain close communication and coordination and work together with the rest of the international community for the settlement of conflicts and reduction of tension that trigger regional and global instability.

Both sides pledged to increase coordination to jointly promote stability and development in Afghanistan and Pakistan.

They agreed that senior officials from both countries with responsibilities for Iran and the Middle East should continue to consult closely on these issues.

The two sides expressed their willingness to increase coordination and consultation on the issue of Sudan to jointly seek an early and enduring political settlement of the Darfur issue and promote the peace process between the north and the south of Sudan.

Both sides noted their shared opposition to terrorism and pledged to work collaboratively to strengthen global non-proliferation and arms control regimes. They reiterated their respective nuclear policies and discussed the upcoming 2010 Nuclear Nonproliferation Treaty (NPT) Review Conference and the Conference on Disarmament (CD).

The two sides also exchanged views on the Global Nuclear Security Summit proposed by the U.S. side and reiterated the importance of existing dialogues on security, arms control, non-proliferation and counter-terrorism issues.

The two sides intend to further enhance dialogue and cooperation to combat challenges that cross individual states’ borders, such as transnational crime, terrorism, the illegal drug trade and piracy.

They agreed to enhance the bilateral sub-dialogues on policy planning, Asia, the Middle East, Africa, Central Asia and Latin America within the Strategic Dialogue frame work, with a view to broadening and deepening cooperation on issues of mutual concern.

On the mechanism of the U.S.-China Strategic and Economic Dialogue, the joint media note said that the two sides expressed their shared view that the dialogue will continue to advance China-U.S. relations in tandem with other existing bilateral mechanisms.

It said that the Dialogue represents a major initiative to further develop and improve China-U.S. relations in the new era, and offers an important platform for the two countries to deepen understanding, enhance mutual trust, and promote cooperation.

In order to more fully explore shared solutions on a wide range of common challenges, China and U.S. delegations look forward to further discussions on specific matters raised at the dialogues through special representatives of the two presidents, working groups and existing bilateral dialogues.

It also said that this inaugural meeting of China-U.S. Strategic and Economic Dialogue helped lay the groundwork for U.S. President Barack Obama’s visit to China this year.

The two sides also decided to hold the second round of China-U.S. Strategic and Economic Dialogue in Beijing next year.