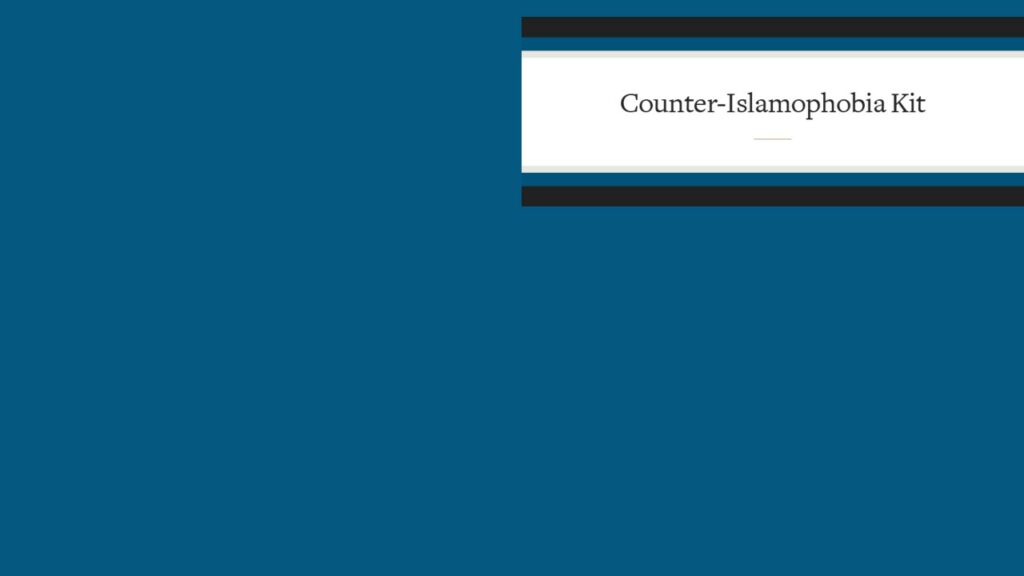 Workstream 1 looked at the Ten Dominant Narratives of Islamophobia in Czech Republic, looking at the historical and contemporary roots of anti-Muslim thinking, policy and practice in the national context.

Read a short commentary and summary on those findings [external link] – Burkinis and Slippery Slope Narratives: Islamophobia in the Czech Republic

Workstream 2 looked at the Ten Dominant Counter-Narratives of Islamophobia in Czech Republic, based on interviews with practitioners, lawyers, academics, political actors, NGOs, journalists and others.

The main aim of the report is to elaborate on the dominant Islamophobic narratives in the Czech Republic identified in the WS1 report (Čada, Frantová 2017) in order to effectively challenge them in public discourse. The report is focused on the description of the most prevalent and the most compelling counter-narratives, which can be categorised in terms of the six main functions of antiracist discourse as defined by Hage (2015): (1) reducing the incidence of racist practices; (2) fostering a non-racist culture; (3) supporting the victims of racism; (4) empowering racialised subjects; (5) transforming racist relations into better relations; (6) creating a society in which race has no significance as a criterion of identification.

Workstream 3 is a summary report [12 pages] aimed at policymakers overviewing the findings and the actions needed to tackle Islamophobia. Download it here in English and here in Czech.

* These reports were produced by a partner organisation in the Counter Islamophobia Toolkit project, not IHRC.  All views expressed are the authors’ own and cannot be attributed to IHRC or the European Commission.