A Universal Justice Network (UJN) delegation led by IHRC is currently visiting Malaysia and Indonesia to address the recent sectarian problems reportedly promoted by some extreme elements in the region. The delegation hopes to investigate and address this increasingly prevalent issue, which appears to be used as a tactic to divide the Muslim community and to distract us from the more pressing issues we face both at home and abroad. The delegation aims to establish ways to implement immediate action as well as identify long-term solutions to this sectarianism by hosting public and private meetings with political, religious and academic figures during the visit. The delegation includes scholars and activists from the UK, USA, Turkey, Malaysia and Indonesia.

Whilst praising and hoping for the pleasure of Allah Almighty, greeting and blessing the lord of the Prophet Muhammad along with his family and companions

And recognizing that no one is more noble or superior than others except for his acquaintance, faith, and good deed

And recognizing that the Prophet Muhammad was sent to enhance human morality, bring message of justice and peace, and spread love and compassion

And strongly condemning the growing of sectarian hatred virus and internal conflict within the Islamic Ummah which has been claiming many innocent victims in various parts of the world, especially in the Muslim majority countries such as in West and South Asia

And understading that the virus is now spreading to South East Asian nations, including Indonesia and Malaysia

We, Muslim scholars, agree to the points in this declaration to counter and remove sectarian hatred virus and violence and further escalation of internecine conflict within Muslim society:

1. We state that killing fellow human beings based on colour, creed, ethnicity and religion is Haram and against the Syariah;

2. We endorse the definition of Muslim according to the Amman Message declaration

4. We state that all dissent among Muslims should be resolved by dialogue and consensus as well as respecting the honor of one another.

5. We will jointly and actively establish and maintain relationships between our different schools and organisations as well as attending each other’s events and programmes as a way to establish, maintain and develop brotherhood.

6. We will promote and maintain harmony between all groups of Muslim through print, electronic and social media networks.

7. We recommend that the schools should develop their syllabus and curriculum which is promoting peace, brotherhood and unity among all members of Muslim society.

8. We urge the government to develop and implement the legislation combating hate speech and push for more effective prosecution of violations of such legislation.

9. We realize that the sectarian conflict is a trap aimed to weaken Muslim Ummah, and we have to enlighten the Ummah of the trap.

10. We will actively mediate all disputing groups of Muslim so that they can reconcile with each other.

And hold firmly to the rope of Allah all together and do not become divided. And remember the favor of Allah upon you – when you were enemies and He brought your hearts together and you became, by His favor, brothers. And you were on the edge of a pit of the Fire, and He saved you from it. Thus does Allah make clear to you His verses that you may be guided. (Quran 3:103)

The conference on Muslim Unity was organized by KAHMI – Islamic Students Alumni Association. UJN core members spoke on takfiri violence and were interviewed by reporters who were themselves victims.

The UJN delegation also met with MP Mardani and members of PKS to discuss solutions to the rise of sectarianism.

Conference on Muslim Unity is headline news in Jakarta 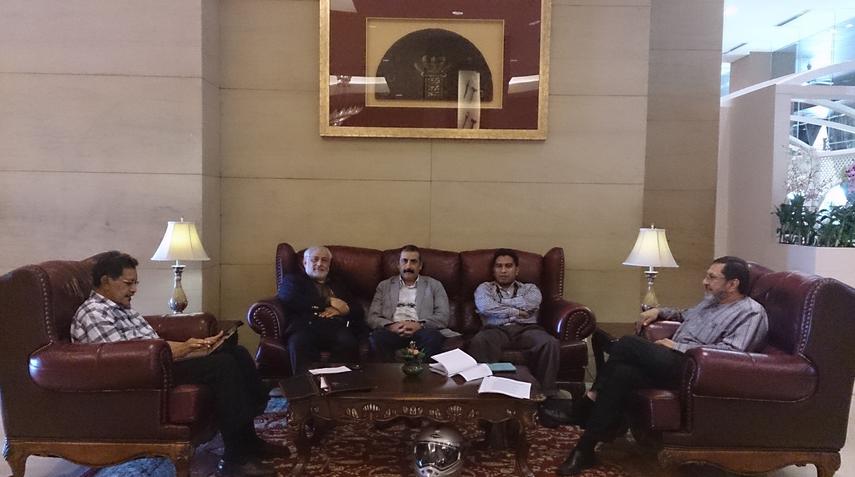 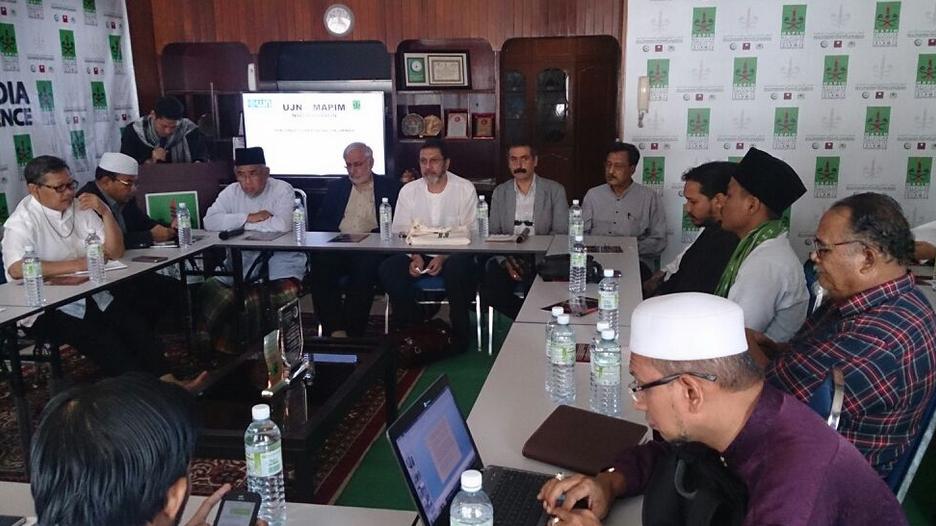 Roundtable discussion with NGOs in MAPIM 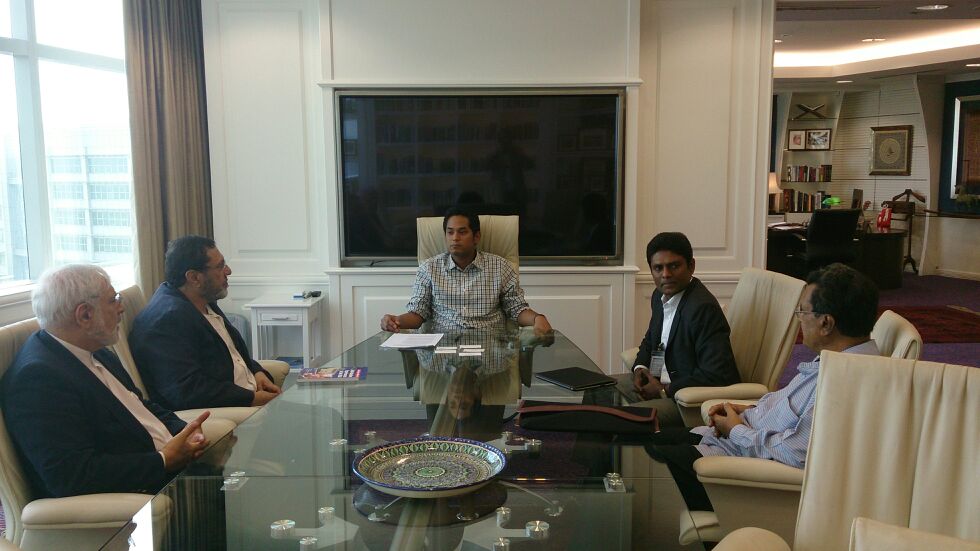 Meeting with the Malaysian Minister of Youth and Sports: Khairy Jamaluddin 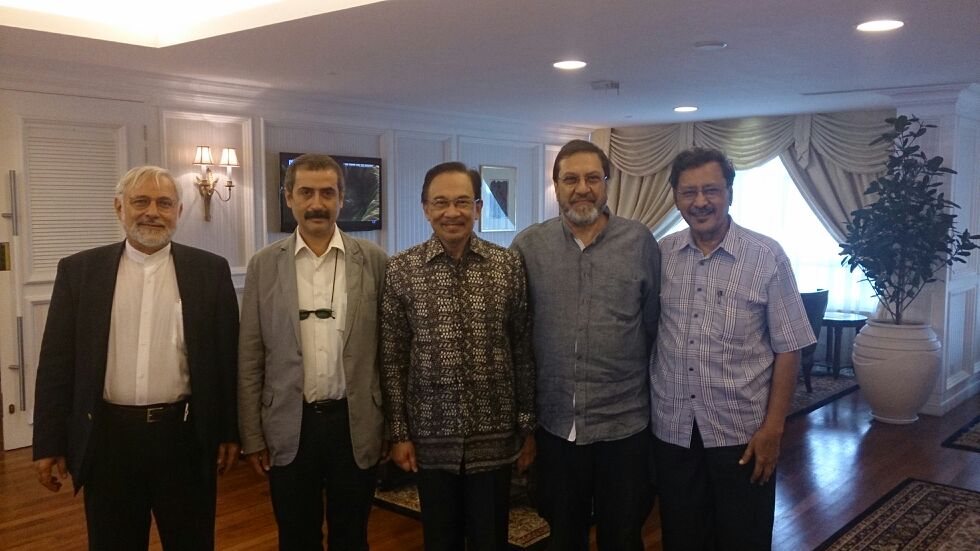 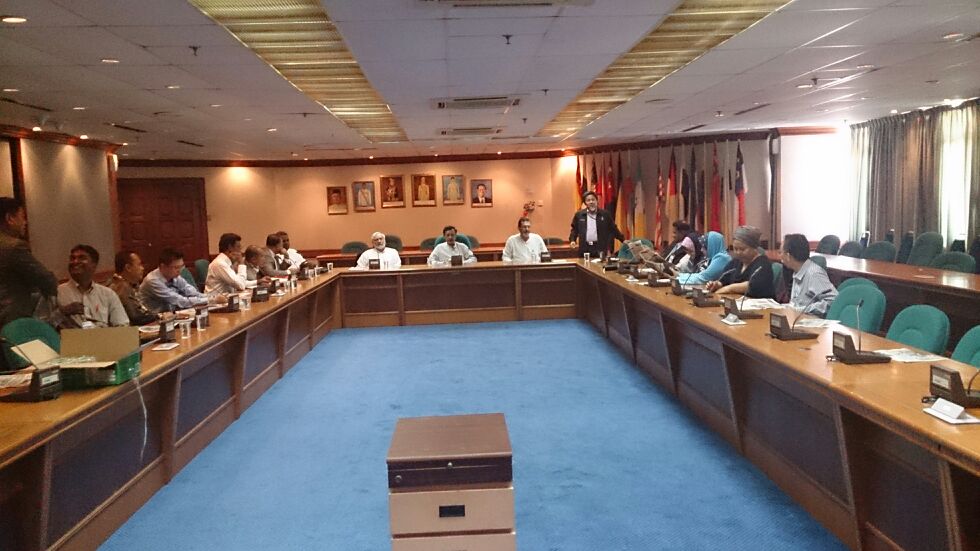 Meeting of 25 community leaders and political parties in Panang, Malaysia