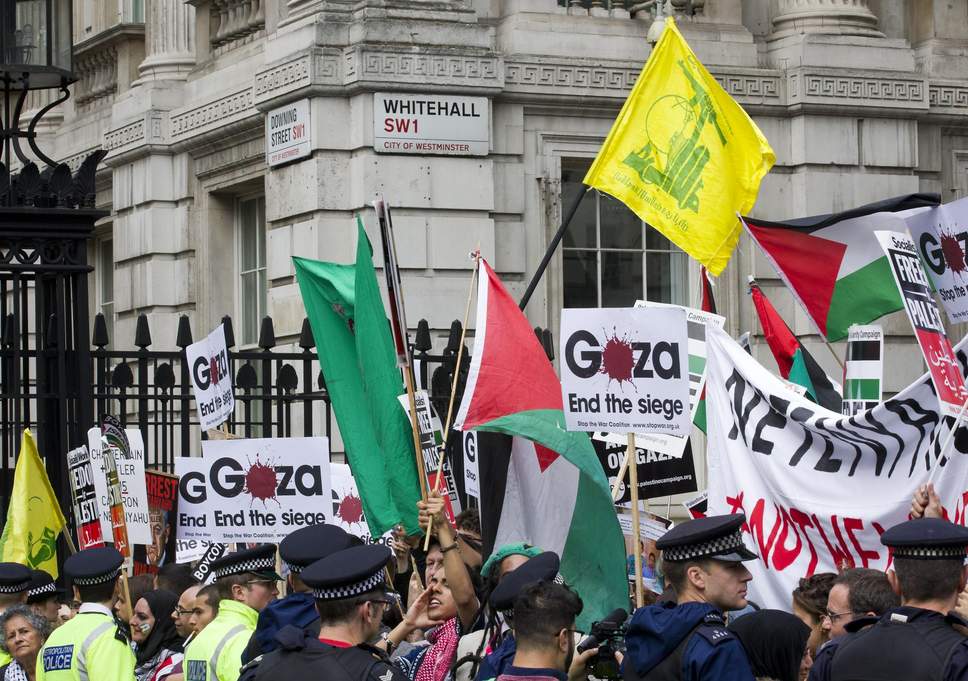 Quds Day or Jerusalem Day has been commemorated annually, on the last Friday of Ramadan, since 1979.

Pro-Palestinian protesters are expected to show up in thousands at anti-Israel Quds Day (Jerusalem Day) rallies in London on Sunday.

The march is scheduled to be held outside the Saudi Arabian Embassy in the city, following multiple marches in Iran, Syria and other places. Additionally, London police earlier stated that they will not restrict marchers from flying Hezbollah flags during the protests.

“Purely holding a flag does not necessarily incite religious or racial hatred. It is the words or actions of the person holding the flag that can cause incitement,” police commander Jane Conners stated in a letter to MP Louise Ellman.

Police further explained that British policy permits the displaying of symbols affiliated with the political arm of the group, since only the armed wing of Hezbollah is tagged as a terror group.

Ellman, on the other hand, has called for a law blacklisting all arms of Hezbollah.

“If we see the machine-gun adorned flag of an antisemitic terror group on London’s streets again this June it will be due to the inaction of the government – they must act now,” Ellman said, according to the report.

Quds Day has been commemorated annually, on the last Friday of Ramadan, since 1979. The event, which is observed worldwide, shows support for Palestine during the period of Ramadan while rallying against Israeli occupation.

“Quds Day is a historic day when everybody protests against tyrants and voices support for an oppressed people who have been displaced from their homes during the past 70 years,” Iranian President Hassan Rouhani said, according to Mehr News.

Tens of thousands of Muslims took to the streets in the capitals of Iran and Iraq Friday in recognition of “Jerusalem Day.”

The full text can be found on TeleSur published on 10 June 2018.