Foreign rule could be just the ticket for Britain’s minorities 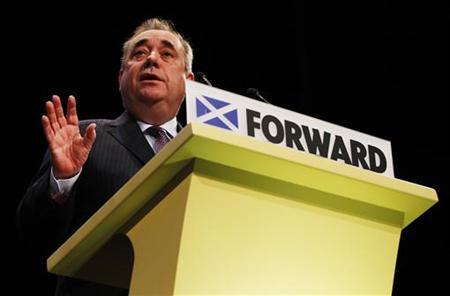 Growing up in a declining Lancashire mill town in the 1970’s where dodging Paki-bashers from the National Front was an essential life skill I came to believe that racism was a colour thing. They didn’t like our sort because we were brown or black (the neighbours also complained our cooking stank out the street but in time they managed to overcome that particular prejudice). The arrival of the East Europeans has caused me to adjust that view. The English, it seems, don’t like anyone who is not like them (on my local river for example, Polish anglers are resented because unlike their English counterparts they prefer to eat their catch rather than return it).

I guess the Little Englander mentality is in part a legacy of empire when Britain sowed its colonial seed far and wide whilst retaining its internal purity. But its recrudescence in the context of a shrinking world where boundaries are being broken down is somewhat disturbing. Witness how in recent years, along with the enthusiasm for an open border Europe, gone also is the vision of a genuinely multicultural society in which all citizens can be assured of being treated as equals, regardless of their language, cultural practices or faith. Immigration, previously framed mainly in economic terms, has now become a euphemism for all foreigners and a mainstay of debates around social cohesion.

The racism/Islamophobia card has also been successfully deployed to inflate national security concerns vis a vis the Muslim minority. UKIP does it unabashedly as in the recent case of Nigel Farage warning that admitting migrants from Africa who have been saved from drowning in the Mediterranean will open the floodgates to thousands of potential Muslim terrorists. However, successive Labour and Conservative governments have also exploited threats arising from their own foreign policies in the Middle East and elsewhere to impose an unprecedented security agenda that is part of a wider social engineering exercise aimed at assimilating those pesky, recalcitrant Muslims. Anti-terror laws are now designed not to combat threats to public safety, but to limit the scope of what Muslims can read and say about foreign policy and the fundamental right of people to defend themselves and their homelands against neo-colonial intervention. Where terrorism laws end, the PREVENT strategy begins, dragging yet more types of behaviour and beliefs into an ever-widening net of ‘un-British values’ and the ever-growing number of agencies vetting them.

Amid the clamour for stricter immigration controls the SNP’s stand on the issue is refreshingly aracist, if I may coin a word. With its roots firmly in Caledonia the party has preferred to see immigration through the prism of local demands. Scotland’s population profile depends on immigration to meet labour requirements and while SNP policy is responding to local need there is little in either its official statements or policies that suggest it will begin pandering to the kind of racist rhetoric infecting politics across the border. And answerable to an electorate that has shown little interest in joining the race to the bottom on ‘immigration’ and recognises English racism when it sees it (recall Nigel Farage’s taking refuge from angry crowds in an Edinburgh pub when he visited the city in 2013) it seems unlikely that the SNP will end up as the rubber stamp to Labour that the Lib-Dems have been for the Tories.

Britain’s Middle East policy, for so long dictated by the pro-Israel public schoolboy networks that preponderate in Westminster and Whitehall, may also benefit from the presence of SNP MPs more reflective of the general population and the national will. During Israel’s devastating six week-long attack on Gaza last summer the Scottish government issued double the number of statements than it had during the previous three years of conflict in Syria and also called for an arms embargo against the Zionist state. Former first minister Alex Salmond has also backed economic sanctions against Israel. In a recent article British Jewry’s most widely circulated newspaper The Jewish Chronicle cited these and other factors in an implicit warning to readers that they can expect an SNP-Labour alliance to be bad news for Tel Aviv.

Whether the coalition that Britain needs to arrest a decade and more of xenophobia comes to power will soon be decided, in large part I assume by Tory and Lib Dem tactical voting to forestall such an eventuality. No doubt, for much of middle (or Little) England the very idea of a SNP-supported administration will be enough to conjure up nightmares of a tartan clad Black Rod reopening Parliament to the bagpiped strains of ‘Flower of Scotland’. For Muslims and ethnic minorities however the outcome, unlike those that have gone before, is one we may be able to embrace.