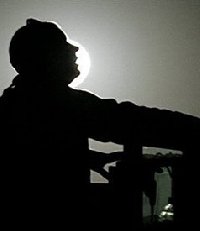 It was just past midnight in Afghanistan when Brig. Gen. Mark Milley appeared on the video screen in the Pentagon conference room to brief some of the Army’s top generals on a sobering development: his unit’s most recent confirmed suicide.

A 19-year-old private, working a night shift at his base, had shot himself a few weeks earlier. “There was no indication that he would harm himself, he had not been seen by the chaplain, no intimate relationships,” Milley said, running through warning signs.

In the Pentagon, Gen. Peter W. Chiarelli, the Army’s vice chief of staff, homed in on one detail. The soldier worked a job that often entailed long, solitary hours.

In scouring the Army’s suicide statistics, Chiarelli had noticed a slight suicide increase among those who worked such positions. Milley said that going forward none of the 20,000 soldiers under his command would routinely work by themselves.

For more than two hours, Chiarelli, Army personnel chief Lt. Gen. Michael D. Rochelle and a roomful of other generals combed through the facts surrounding a dozen of the Army’s latest suicides, with commanders from Afghanistan, Iraq, the Horn of Africa and bases throughout the United States participating in a video teleconference.

Such meetings are one piece of a broader effort to arrest the Army’s rising suicide rate, which has surged to record levels in the past year.

In 2008, 140 soldiers on active duty took their own lives, continuing a trend in which the number of suicides has increased more than 60 percent since 2003, surpassing the rate for the general U.S. population.

To deal with the problem, the Army has added to the ranks of mental health and substance abuse counselors.

The service also required all units to cease operations for two to four hours to talk about suicide prevention in February and March.

Chiarelli’s monthly meetings are the Army’s way of sleuthing out patterns and identifying new policies to deal with the trend.

In the most recent meeting, conducted last week, commanders were brutally candid about what went wrong — a mental health screener who missed signs of distress; the failure to take notice when a normally reliable infantryman with three combat tours didn’t show up for an Army school; the dangerous interactions of drugs, dispensed to help soldiers deal with combat stress, with caffeine and alcohol.

“It’s the most gut-wrenching meeting I go to,” Chiarelli said.

After the Afghanistan commander gave his briefing, it was Iraq’s turn. Maj. Gen. Daniel P. Bolger described the case of a young soldier who shot himself this year. One aberration in the case: The soldier had received a waiver so that he could take a prescription drug to treat his attention-deficit problem.

The drug “when added to caffeine, could cause sleep disorders, and a lack of sleep could lead to impulsive actions,” the Iraq commander noted.

“There are a lot of those high-energy drinks being used over there,” said Chiarelli, who spent two years in Iraq. “What is that stuff that people drink in Iraq?”

“Rip It,” came the chorus around the room, referring to the energy drink that has 100 milligrams of caffeine per eight-ounce can (25 percent more than a can of Red Bull and roughly three times as much as an equivalent amount of Diet Coke). Chiarelli asked an Army doctor attending the meeting to work with his staff to create a simple chart listing the most common drugs that soldiers take for combat stress and explaining how the drugs interact with other substances.

“I want it to be something an average platoon sergeant can use,” Chiarelli said.
At times Army leaders were frustrated by cases that defied simple explanation.

In other instances soldiers simply fell through the cracks. One senior sergeant who had deployed multiple times to Iraq confessed to a fellow soldier that he had frequent nightmares from his first tour. He was binge-drinking.

The friend took away his personal gun but never mentioned the sergeant’s struggles to commanders. A couple of days later, the sergeant didn’t show up for his slot in an Army school.

The normally reliable sergeant’s absence should have triggered a red flag, said the senior commander where the soldier was based.

It was the second suicide the command had when a soldier was between jobs, and the commander promised that his unit will now maintain contact with troops as they are moving.

As the meeting stretched into its second hour, commanders identified other problems that needed to be fixed.

In one case, a U.S.-based soldier who was taking antidepressants returned from his second Iraq tour and checked a box on his post-deployment health survey that he was feeling depressed.

The screener who reviewed the form didn’t refer the young soldier to the base’s mental health counselors for help.

A few months later, he took his own life.

The screener erred in not referring the soldier for treatment, said the Army general who briefed the case. But he also complained that the form that the military uses to assess soldiers returning from deployments is outdated and that its questions are overly broad.

The questionnaire was developed in the wake of the Persian Gulf war. Chiarelli said he had been promised that a new form would be issued later this summer.

“You’d think we would have done it already after seven years of war,” he said.

The Army’s biggest challenge is that its volunteer force is in uncharted territory.

Many soldiers are now in the midst of their third or fourth combat tour, and Army surveys show that mental health deteriorates with each one.

This year, Fort Campbell, Ky., which is home to the frequently deployed 101st Airborne Division, has had 14 suicides.

“We probably don’t know how many mental health care providers we need after eight years of war and three and four deployments,” Chiarelli said.

Some of the best information the Army has comes from the individual case studies discussed at the monthly Pentagon conference.

Before the meeting ended, Chiarelli pressed his field commanders and fellow Pentagon generals to make sure that the lessons from the 12 cases they had studied that day made their way out into the force.

“We can’t just be players in a game of Clue here,” he said. “We have to find a formalized way to get these lessons out.”