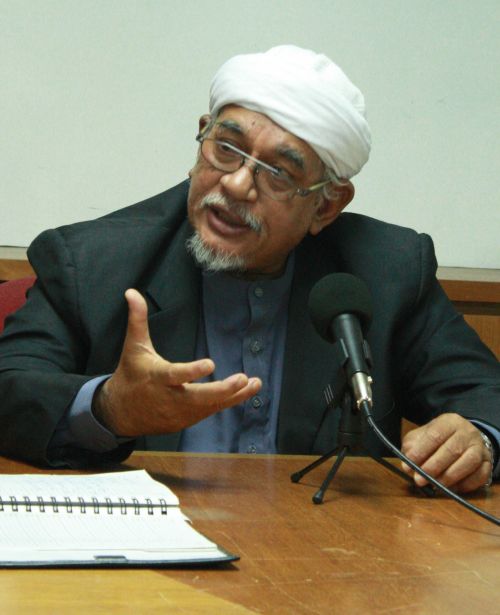 Hadi said the current penchant among Muslim governments especially some Arab regimes to read the conflict through sectarian sentiments has only allowed Syria’s embattled president Bashar Assad to remain in power.

“Certain Gulf and non-Gulf Arab states regard Iran and Hizbullah and the Shi’a school of thought followed by them as a threat on par with Israel, and as such call for Iran and Hizbullah’s destruction,” said Hadi, adding that this had only shifted focus from the original struggle by Syrians against Assad, a member of the Alawite Muslim community, an offshoot of Shiism not recognised or followed by Hizbullah or by mainstream Shia Muslims of Iran.

Hadi reminded that the United States and its allies had historically treated any Muslim groups opposed to the state of Israel as enemies, be they Shia, Sunni, conservative, reformist or democrat.

Saying sectarian differences were something to be tackled through scholarly debates “by independent scholars who are free from the influence of anti-Islam regimes, or from the ignorant be they individuals or media”, Hadi urged Muslims not to be pawns of Western powers in the current conflict.

Hadi also said that the West would find it more convenient to tolerate Assad and his Baathist regime to keep at bay all enemies of Israel without discriminating which sect they belonged to.

Hadi urged regional Arab states, Iran and Turkey to rethink their respective strategies in their current involvement in the Syrian conflict.

In recent weeks, the Syrian conflict has steadily descended into sectarian rhetoric and violence, especially after a recent controversial statement against the Hizbullah by Qatar-based Muslim scholar Yusuf al-Qaradawi, in which he urged Muslims to declare war on Hizbullah. Not surprisingly, the statement received immediate backing from Saudi Arabia’s official scholars who have traditionally promoted their version of Islam based on the Wahhabi doctrine, which is virulently anti-Shia.

Hizbullah is the Iranian-backed political party and military group in Lebanon which in late 2006 successfully resisted an Israeli military onslaught, resulting in the latter failing to achieve its aim to rescue Israeli soldiers held captive by Hizbullah despite repeated airstrikes on Lebanon’s capital Beirut.

Originally sourced from the Harakah Daily on 25th June 2013