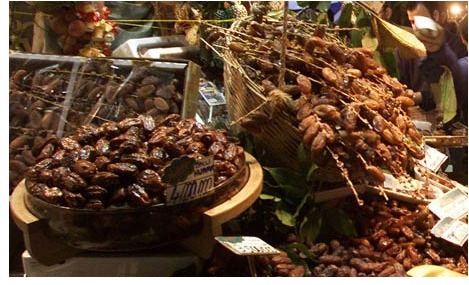 IHRC has written to leading British supermarkets reminding them of their obligation under international law to ensure they do not sell dates produced by Israeli companies in occupied territories.

As the Islamic holy month of Ramadan approaches in which Muslims traditionally close the daily fast by consuming dates, supermarkets and stores everywhere will see an upsurge in sales of the fruit.

It is estimated that 60% of Israeli dates come from settlements in Israeli-occupied territories and are often then sold by supermarkets under their own brands.

Often the companies are involved in workers’ rights abuses as well, exploiting impoverished Palestinians from the West Bank to pick dates for them in dangerous and unhealthy conditions. In many cases workers include children as young as 11, who are preferred to adults as they are easier to humiliate and are often willing to work for less.

The letter also says that it is important for consumers to know the origin of the products they are buying so they can make an informed decision, taking ethics into account. For this purpose, IHRC and other NGO’s have compiled a list of guilty producers as well as those who are not violating international law.

To hide the provenance of their goods, some companies have resorted to labelling them as “Made in Palestine” or “Produce of Palestine”, when in fact they are either produced in Israel or more often grown within illegal settlements. It is currently illegal under UK law to sell prepacked food products without the proper labelling, which includes the correct name of the business responsible for the product and its correct country of origin.

The letter urges the supermarkets to be responsible and take the issue of human rights seriously.