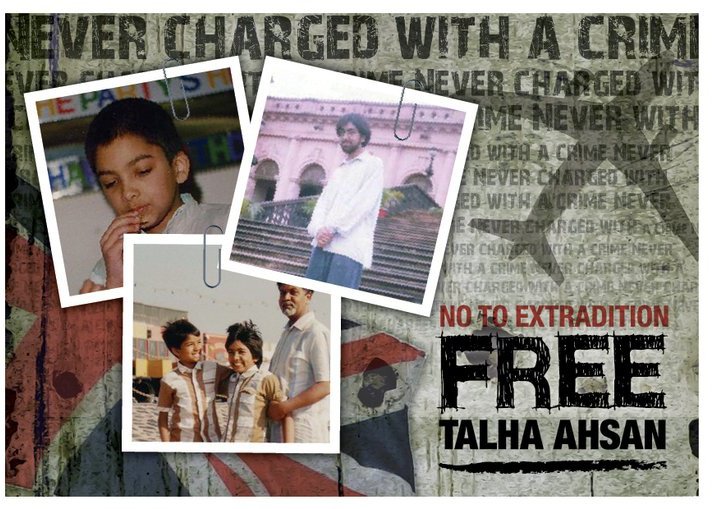 In the UK, extradition laws are catching people in a legal limbo. British citizen Talha Ahsan, accused of terror-related offences and detained at the request of the US in 2006, is still behind bars awaiting trial.

Talha’s arrest brought with it the anguish of a family torn apart. His father Abu says Talha is one of Britain’s forgotten terror suspects, held in custody for five years without charge. Abu Ahsan maintains that his family remains traumatized by Talha’s arrest.

“The family is incomplete without Talha. Look at your hand – it has five fingers. These five fingers work together. Five of us used to live in this house and Tahla was our eldest son,” he said. “Without him, the family is very weak and cannot work properly. This situation has made us physically and mentally sick.”

In 2006, Talha Ahsan was arrested in the UK on alleged terrorism offences. He has not been tried yet because it is not the UK that wants him, but the US. The latter accuses Talha of supporting the Taliban and being involved with websites it calls extremist. One of the website’s servers happened to be in America, and that is why America is after him.

“People like Talha, if they committed anything, they committed it in this country and they should be brought to justice here and charged and if found not guilty, released and let them get on with their life,” says Massoud Shadjareh of the Islamic Human Rights Commission.  “Five years he has been in prison, it is astonishing!”

Britain will not release Talha Ahsan because of a treaty signed in 2003 in the post-9/11 crackdown. It means the US can extradite terror suspects without a hearing or even showing any evidence. His family’s relentless fight for justice is the only thing stopping them.

“What America says, nobody says differently,” Abu Ahsan said. “America is so powerful, only people like us say something, but none of the governments protested.”

Since Talha was arrested at his father’s shop five years ago, his family have seen their son only once a week. They fear if he is extradited to the States, they will not see him at all. In prison, Talha writes poetry and teaches English. If extradited and convicted, he would get the maximum jail term, solitary confinement and life without parole- measures which seem extreme to those who know the boy born and educated in London.

“I am very surprised that the British courts have not freed him on bail at least, in all these years, because it is completely clear that he is not any kind of threat to anybody,” said journalist and anti-extradition campaigner Victoria Brittain.

There are four more like Talha, including Babar Ahmad, Britain’s longest-serving detained-without-charge prisoner. Gary McKinnon is another fighting extradition since hacking into the Pentagon computer system seven years ago. Both he and Talha suffer from Asperger’s syndrome which helped keep Gary out of prison, unlike the Muslim suspect.

“Gary McKinnon is a white, middle-class English boy and Babar and Talha are very highly educated British middle-class boys and they are both Asians and they are Muslims,” Victoria Brittain said. “And what that tells you is something rather awful about our society.”

Despite criticizing the treaty when they were in opposition, the UK’s current government has done little to overturn it, although an independent review is due later this month. So Talha’s family has gone to the European Court of Human Rights in a last-ditch bid to get him tried in the UK. It has taken five years to get this far, but there is no sign Talha’s father is giving up.