‘Is Islamophobia a form of Racism?’ – Ramón Grosfoguel

Home
Events
‘Is Islamophobia a form of Racism?’ – Ramón Grosfoguel 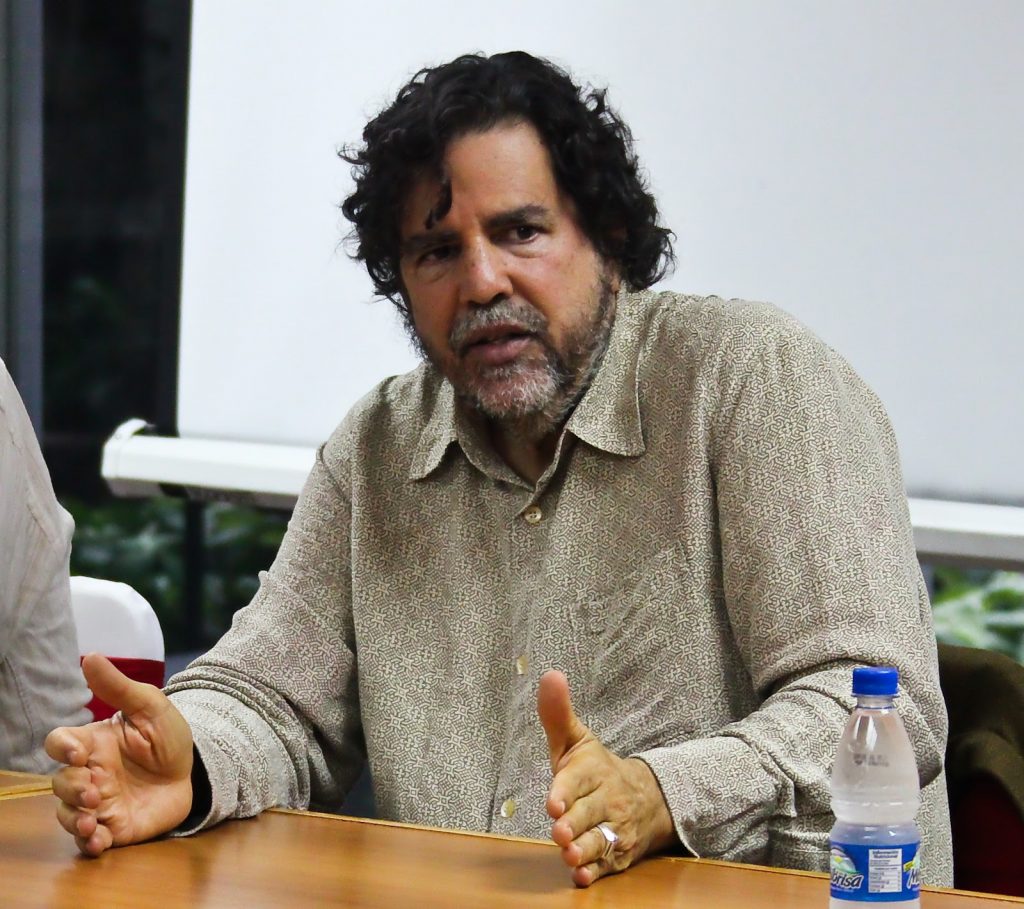 Watch the video of the event below, or read a full report underneath. There are more resources at the end of the page.

IHRC were privileged to host Professor Grosfoguel at the IHRC Bookshop & Gallery on 11 December 2012 to address the question, ‘Is Islamophobia a form of Racism: From the History of Al-Andalus to Fanon’s Zone of Being and Zone of Non Being’.

Professor Grosfoguel is an Associate Professor at the Ethnic Studies Dpertament, University of California, Berkeley.  He is one of the leading decolonial thinkers and academics in the world today and has been instrumental in setting and working in decolonial projects including the Decolonial Translation group and the Center of Study and Investigation for Global Dialogues, of which the Critical Muslim Studies Summer School in Granada is a part.

Professor Grosfoguel is the author of various books and articles including Colonial Subjects (2003) as well as numerous papers on Islamophobia, racism and the long duree history of the world system. You can buy the journals Human Architecture from the IHRC shop here, which contain some of his work. Links to further reading (available on-line) can be found at the end of the page.

Professor Grosfoguel addressed a packed venue on the question of the evening.  The event was broadcast live on IHRC TV, and can be viewed here (an audio of his previous day’s talk at IHRC on the roots of Islamophobia can be found here.)  Grosfoguel first addressed the question as to what was racism, and detailed his theory that before 1492 there was nothing akin to what we understand to be racism today.  He then went through the development of the idea in tandem with the rise of colonial enterprise, arguing that inferiorisation based on difference is a distinct marker of colonialism.  He then argued that the initial marker of differentiation used was that of religion.  He referred to the crucial historical marker of 1492 which saw the defeat of Muslims in Al-Andalus and the conquest of the Americas.  Using the famous 16th century debate of Sepulveda and Las Casas over whether indigenous peoples had souls, he charted a line of discourse that results in the biological and cultural discriminations that we recognise today.

Arguing that Islamophobia is (an original) form of racism, using this history, Grosfoguel went on to explain Franz Fanon’s theory of the zones of being and non-being and how colonialism defines the experiences of peoples in both zones until today, creating privilege within one and oppression in the other.

Many questions from the audience at IHRC and on-line were submitted, some of which Professor Grosfoguel was able to answer before the event finished.

IHRC would like to thank all those who attended and watched on-line and thoroughly recommends that people take advantage of the video and audio available.  If anyone wants to comment on these videos, please email media@ihrc.org.

You can watch the event online below, and listen to his presentation on the roots of Islamophobia below that.

Links to further reading follow at the end of the page.

Listen to the Roots of Islamophobia, held at IHRC, audio below