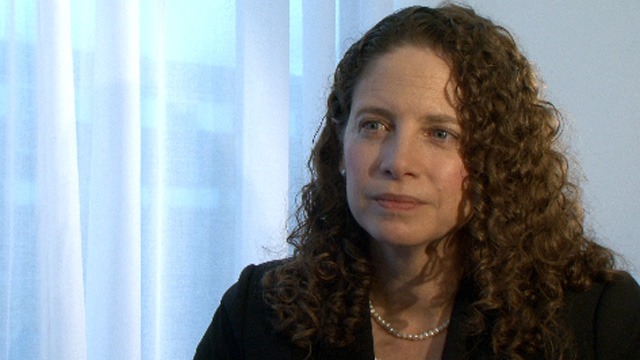 Writing a book about Muslim fundamentalism, the subject of Your Fatwa Does Not Apply Here, felt like dancing in a minefield, admits Karima Bennoune. The law professor, who describes herself as a secular person of Muslim heritage, set out to capture the voices of those battling fundamentalism on the front lines of countries such as Algeria, Afghanistan, Niger, Russia and Pakistan.

Bennoune lays out a critique of Muslim fundamentalism, not from a crude “war on terror” viewpoint, but from a human rights perspective that, paradoxically, does not always sit well with rights groups in the west. She grew up in Algeria and the US, and is an ardent critic of Islamism; those three letters at the end make an enormous difference, she argues. “Being a devout believer has nothing to do with purveying political Islam. The vast majority of Muslims are not fundamentalists, though, of course, many are,” she writes.

“They want to police and judge and change the behaviour, appearance and comportment of other people of Muslim heritage,” she says. “They tend to aim to sharply limit women’s rights, though this is sometimes couched in the soothing language of protection. And yes, women fundamentalists may advocate these things too, their sex making their stance no more progressive than Anita Bryant’s made hers in the US.”

For Bennoune, Muslim fundamentalism covers political movements such as the Muslim Brotherhood, its affiliated Freedom and Justice party in Egypt, Hizb ut-Tahrir, the former Islamic Salvation Front in Algeria, Jamaat-e-Islami in Pakistan, and Ennahda in Tunisia. Their apologists in the west include the Council on American Islamic Relations, the Organisation Islamiques de France, the Islamic Human Rights Commission, the Muslim Council of Britain, and CagePrisoners. Bennoune finds it incongruous that Muslim fundamentalism should have such range and reach politically. “Islam belongs in people’s lives but it does not belong in politics,” she says.

It is tricky territory for Bennoune, whose situation conjures the image of someone standing in the middle of a motorway, trying to avoid being hit by onrushing traffic from either side. “Yes, that is a great description,” says Bennoune. “It is hard to mount complex critiques of Muslim fundamentalism – there is very little space to do this.”

Still, she found many kindred spirits while writing her book. Bennoune interviewed 286 people and travelled to Algeria, Pakistan, Niger, Afghanistan, Mali and other countries. Her subjects share the view that political Islam is dangerous; some have paid a high price.

Aziz Smati was co-presenter of the Algerian TV show Bled Musique in the 1990s – until he was shot. He survived, but will never walk again. Bennoune’s father, Mahfoud, a peasant’s son turned professor, was forced to flee the capital, Algiers, after his name was added to a “kill list” posted in extremist-controlled mosques. An arts festival staged by Faizan Peerzada, who runs a theatre group in Lahore, Pakistan, was bombed.

Penda Mbow, the former culture minister in Senegal, told Bennoune: “One must recognise the Islam that I studied. That Islam of the Abbasids had a prodigious culture, development of the arts, of letters, of beauty. It is this Islam I know. But the Islam which inspires fear, which oppresses women, that Islam which is against, which wants to impose the sharia – this is not that Islam.”

For Marieme Helie Lucas, an Algerian sociologist and founder of theWomen Living Under Muslim Laws (WLUML) network, fundamentalisms are defined as “political movements of the extreme right, which in the context of globalisation … manipulate religion … to achieve their political aims”.

Horia Mosadiq, a human rights activist from Afghanistan, expresses her dismay that some progressives in the west still regard the Taliban as anti-imperialists: “I’m shocked some of them call Taliban the freedom fighters. I can’t believe as a Muslim woman that we think that burqa is OK … I can just tell them that if the prophet Muhammad was alive now, he would have been shocked to see the way fundamentalist groups are implementing Islam and sharia on the people.”

Bennoune criticises those in the west who see Muslim fundamentalists as somehow standing up to western hegemony – the jihad versus McWorld scenario. As she points out, this is not how women in Niger see it. They complained to her that fundamentalists were trying to replace the colourful local dress, the boubou, with the dour veils worn by some in the Arabian peninsula, in an attempt to “de-Africanise their lived Islams”.

How, then, does she explain the popularity of Islamist parties in Egypt, Tunisia and Turkey? It is difficult, she admits, to compete with those who come with Islam as the solution. But she points to the widespread mobilisation against the Islamic Salvation Front after they won the Algerian parliamentary elections in 1991 and the popular uprising against President Mohamed Morsi of the Muslim Brotherhood in Egypt.

When Bennoune asked her interlocutors what they thought should be done to support them, she says their answers included: clearly support secular feminist groups and the principle of universal rights; openly support those who defend the separation of religion and politics; unpack the myth of the moderate Islamist – especially when it comes to the rights of women, freedom of expression, and freedom of religion – a myth that gives great support to the fundamentalists.

A dilemma for women is whether to challenge the fundamentalists on religious terms. Opinion is divided. For example, Helie Lucas, through WLUML, seeks to build bridges with those who use feminist re-interpretations of Islam to promote women’s rights; others are more sceptical about acting within religion.

Mahnaz Afkhami, an Iranian women’s rights activist, says: “If you’re in the army, the general is always going to win. In the religious context, there is a hierarchy. If you’re a woman, the guy who is the general in the religious army is not even going to pay the slightest attention to what your view of the text is.”

Ultimately, Muslim fundamentalism is not a question of security for westerners, says Bennoune, but a more basic question of human rights for hundreds of millions of people who live in Muslim-majority countries. And she has little patience with the argument that human rights is a western concept that should not be applied to Muslim countries.

“When people make that argument they think it is counter-hegemonic, but it is a very arrogant argument, claiming human rights for the west,” she says. “Proponents for human rights have come from Tunisia, north Africa, from all over the world. Contributions to universality in the past have come from Andalusia and Ibn Rushd, from classical texts that were saved when the Spanish inquisition was out to destroy them. A Tunisian said to me: ‘Are there human rights Tunisians are not entitled to? Is the west saying we have human rights, they have culture?”