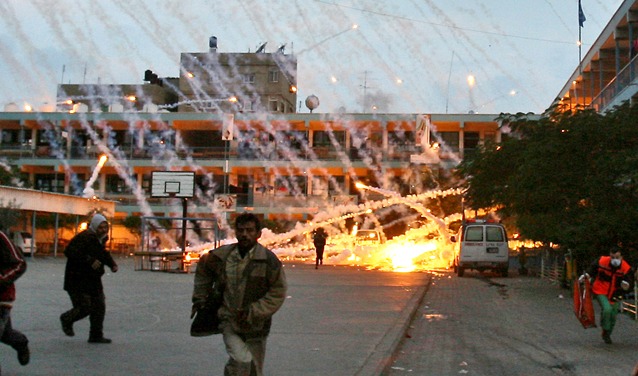 Israel’s recent classification of six Palestinian NGO’s as “terrorist” has shone the spotlight on the Zionist state’s unrelenting drive to delegitimise opposition to its human rights abuses.[i]

Al-Haq, Addameer, the Bisan Center for Research and Development, the Union of Palestinian Women’s Committees, Defense for Children International-Palestine and the Union of Agricultural Work Committees are widely seen as the creme de la creme of the human rights community in Palestine.

Some of their most important work during the past year has been the assistance provided to the International Criminal Court in The Hague in its investigation into alleged Israeli war crimes. That the ICC might end up charging any Israelis[ii] with such crimes greatly worries Israel because it could spell an end to Israeli immunity from prosecution for its grave breaches of international law.

While it is clear that the move against the six NGO’s is highly political and baseless (the Israeli government has not disclosed any evidence on the alleged grounds that it is classified) it nevertheless places them in an invidious position vis a vis the international community.

There is a possibility that other countries, notably those friendly with Israel, will take Tel Aviv’s cue and accordingly ban the organisations in their respective jurisdictions on the grounds that they are involved in terrorism.

There are historical examples of this. In 2003, at the instigation of Israel, Interpal, a UK charity supporting Palestinians, was declared terrorist by the US. The decision meant that Interpal could no longer receive funds from US citizens and permanent residents. A 2015 report by Sarah Marusek and David Miller[iii] showed that the pro-Israel lobby groups with close ties to Israel’s military establishment were involved in the campaign to blackball the Palestinian Return Centre charity (PRC) at the United Nations (UN). The campaign accused the PRC of having ties with Hamas based on unfounded allegations and circumstantial evidence. “The tendency to conflate terrorism with non-terroristic forms of political activism and civil disobedience is a recurring theme throughout the pro-Israeli literature on the PRC. Furthermore, the campaign is part of Israel’s wider effort to criminalise international civil society organisations actively promoting Palestinian rights and equality.”

The effect of this “snowballing” of supposed intelligence is that innocent people and organisations are caught up in an international web that is infected by dubious intentions and processes. They are placed on lists alongside actual terrorists with the result that the lists themselves are compromised. In addition, governments find themselves dedicating resources away from real threats to fictitious ones.

In view of this risk, it is incumbent on governments to resist accepting at face value what Israel deems to be criminal. Far from being based on any evidence, the designation is a stratagem to shield the apartheid state from criticism and tar its critics. The way in which Israel classifies groups and individuals as terrorist or criminal owes more to political expedience than actual fact.

This resistance should now also take the form of refusing to cooperate with Israel in security related activities or intelligence sharing for the reason that any information gleaned from Tel Aviv is likely to be suspect at best. An apartheid system (as Israel is described by Human Rights Watch,[iv]  B’Tselem[v] and others[vi]) which systematically engages in human rights abuses should not be a reference point on security for the international community. Such cooperation also places the participating governments at risk of acquiescing or collaborating in human rights abuses.

Security cooperation with Israel has already had disastrous consequences in Britain where in 2006 an innocent citizen was mistaken for a suicide bomber and gunned down by armed police executing a shoot to kill policy, Operation Kratos, that was borrowed in part from Israel’s response to resistance fighters in the occupied territories.[vii] Britain’s shoot-to-kill policy is partly based on Israel’s own policy in dealing with the Palestinian population, a policy which is built on anti-Arab racism and institutional Islamophobia.

Intelligence sharing, which can aid military operations, is also believed to be extensive between the UK and Israel although details are murky. The Jerusalem Post recently wrote that “the relationship between the two intelligence communities is a close and wide-ranging one”.[viii] The UK’s new military strategy, released in March 2021, states clearly that “Israel remains a key strategic partner”[ix].

The recent revelation that spyware made by an Israeli cyber company is being used by governments to snoop on citizens and opponents has again highlighted Tel Aviv’s status as a leading centre for the dissemination of human rights abusing technology and tactics. The Pegasus Spyware developed by NSO group Pegasus infects iPhones and Android devices, allowing operators to extract messages, photos and emails, record calls and secretly activate microphones and cameras. It has been used to snoop on more than 1,000 people spanning over 50 countries including politicians and heads of state, business executives, activists, journalists and several Arab royal family members.[x]

Although it is a private company, NSO is regulated by the Israeli defence ministry and details about the company’s government clients and internal investigations are classified. The state has the final say in whether countries can be sold the technology. NSO Group had been given explicit permission by the Israeli government to try to sell the homegrown hacking tools to among others, the Saudi Arabian government, which may have used it in the brutal 2018 murder of dissident Jamal Khashoggi.[xi]

Israel has also used “intelligence” to undermine the Joint Comprehensive Plan of Action (JCPOA) reached between Iran and several world powers, including the United States, in July 2015. Under its terms, Iran agreed to dismantle much of its nuclear program and open its facilities to more extensive international inspections in exchange for billions of dollars’ worth of sanctions relief. In April 2018, Israeli PM Benjamin Netanyahu produced documents he said were obtained from inside Iran and provided proof that Tehran had lied about the status of its nuclear programme before signing the JCPOA. His so-called evidence was rubbished by analysts but nevertheless furnished US president Donald Trump with an evidential pretext to withdraw from the deal just over a week later.

It is evident from the non-exhaustive examples cited above that the history of Israeli intelligence is riddled with examples of human rights abuses and misleading information. As a state that exists primarily to protect the gains of settler colonialism by armed force, much of its intelligence is compromised by the need to serve this objective, regardless of the ethics of how. It is therefore an unreliable partner. Instead of treating Israel as a paragon of intelligence gathering, the international community should treat it with the disdain and suspicion it merits.