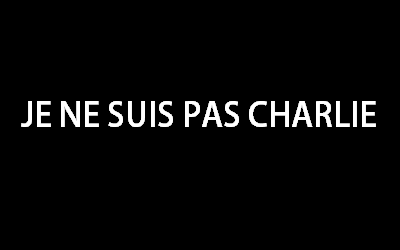 “Most comics feed prejudice and fear and blinkered vision, but the best ones, the best ones… illuminate them, make them clearer to see, easier to deal with.” – Trevor Griffiths, 1979 (Comedy by Andrew Scott)

With the recent tragic shooting in Paris – a condemnable event – we have a selection of articles for your information. They critique some of the response to the shooting as well as Charlie Hebdo itself.

A piece from Akkas Al-Ali – writer and doctorial candidate:

Whenever anything like this happens, I wonder if the next Muslim woman to be attacked on a street in London or to have her hijab pulled off while nobody does anything will be my mother. And whenever anything like this happens, I find myself repeating inwardly – because she’d never listen to me anyway – “Don’t go out. Don’t wear the hijab. Not right now. Maybe in a couple of weeks. You can have the shopping delivered.” And, sometimes, when I’m walking along a street in Exeter while she’s somewhere in London, I find myself stopping and wondering, “Is she ok? Has anything happened? What’s she doing now?”

Because, you see, this is what it boils down to: the effect all this liberal spiel about protecting certain rights and values has on me and the people I know and love. You can think of “Muslims must…” in the third person until you realise that, even as a lapsed Muslim, “Muslims must…” includes you and not some spectral figure who can be summoned up by talking heads and politicians; that you are the personification of “Muslims must…” and you are required to declare your liberal credentials without trying to show how these events fit into a wider matrix of power and abjection and how violence isn’t the preserve of any one group of people and how that group isn’t monolithic. Not just to strangers online who accuse you of supporting this or that atrocity just because you have a certain name or a certain colour, but to people who actually know you, who you grew up with, who you went to school or university with, who you work with, who you’ve broken bread with: “So can you explain…”; “So why haven’t other Muslims…”

But what values is this Muslim being asked to avow? That someone has the inviolable right to vilify and offend him – not that spectral, multi-purpose Muslim you read about in the papers, but him and the people he knows and loves – in a way that negates his being? Does anyone have the right to do that? And why should this be defended? Are we actually saying that people have the right to be racist, sexist, Islamophobic, homophobic, transphobic or ableist whether in jest or in seriousness?

I refuse to believe in the liberal fiction of “the right to offend” because, often, the act of offending is really an attempt to negate, to wear down, to divert, to disarm, to accuse, to berate, to hate, to destroy. I refuse to make this dirty avowal because there are more positions than just with/against or us/them.