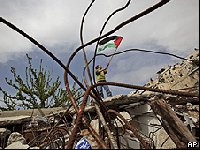 More than 1,000 new demolition orders have been issued in Nir Barkat’s first six months in office, the Association for Civil Rights in Israel said.

“There have been no changes to the city’s enforcement policy [of demolition orders], nor has the mayor given any orders to increase the rate,” the municipality said.

“In terms of Barkat’s actions and budget allocations, there appears so far to be no connection between promises and deeds, and thus there is difference between him and his predecessors; Barkat also neglects and discriminates,” the report said.

Israel has occupied East Jerusalem since 1967. It has annexed the city and declared its east and west Israel’s eternal capital.