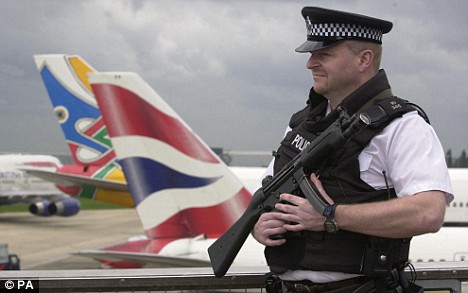 The Independent Police Complaints Commission (IPCC) are taking the London Metropolitan police to court for failing to investigate complaints that Muslims are being discriminated against under anti-terrorism powers.

Schedule 7 is the power to stop and question people without reasonable suspicion at the UK’s airports and ports. Suspects can be held for up to nine hours for questioning. However, there have been numerous complaints that Muslims were harassed, subjected to unreasonable questioning and in some cases, missed their flights due to the length of questioning.

IPCC said in a statement on their website “The Metropolitan Police’s repeated delay and reluctance to comply has left us with no option but to take this matter to the High Court to resolve the position once and for all.

“It’s wholly unsatisfactory that the IPCC is denied answers to the questions complainants raise about the Metropolitan Police’s use of this power and that the IPCC is prevented from carrying out its statutory role.”

The Islamic Human Rights Commission (IHRC) based in London, has called for a repeal of the Schedule 7 law.  Chair of IHRC, Massoud Shadjareh said, “The failure of the Metropolitan police to comply with the IPCC shows that they are abusing the system and are systematically acting outside the law.”

Shadjareh speaking with Anadolu Agency said that he himself had been stopped several times under Schedule 7, despite being a member of the government’s Schedule 7 National Accountability Board.

“People are asked how many times they pray, what mosque they go to, and who they vote for, these questions have no relation to finding out if someone is a terrorist threat

“The powers are discriminatory towards ethnic minorities and in particular Muslims,” he told Anadolu Agency.

In a statement to Anadolu Agency the Metropolitan Police (MPS) said, “The MPS recognizes the IPCC’s role in scrutinising public complaints relating to Schedule 7. We have been working hard to provide a range of options to agree a procedure for dealing with such investigations that is acceptable to all stakeholders.

We clearly set out our position to the IPCC and have offered to provide as much information about the investigations as we can in the circumstances.

However, despite our efforts to reach an agreement with the IPCC over the last few months, they have now served us with proceedings for a judicial review. We will now be considering the claim and will file our defence accordingly.”