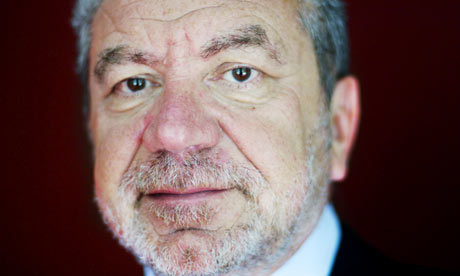 The Sun today admitted that its front page story claiming Lord Alan Sugar was a Jewish “target” of extremist Muslims was wrong.

But the paper did not apologise or offer a correction to readers about the 7 January story, which carried the headline “Terror Target Sugar”. The story quoted claims by “anti-terror expert” Glen Jenvey that online Muslim forum Ummah.com was being used by extremists to target leading British Jews in revenge for Israel’s invasion of Gaza.

Later that month MediaGuardian.co.uk reported claims that Jenvey was responsible for the posts on the website.

News International’s daily tabloid subsequently removed the story, which carried the bylines of John Coles and Mike Sullivan, from its website. The story came from the news agency South West News.

Jenvey has also appeared on BBC2’s Newsnight as a terror expert commenting on internet monitoring of extremist groups.

Today the Sun ran a follow-up story on page two, with a picture of Jenvey, with a longer version online.

“Jenvey told how he fabricated the list of Jewish targets by posing as a fundamentalist on an extremist website where he urged others to suggest names,” the paper wrote.

“He then leaked the made-up list to a trusted news agency, used by The Sun, and online forum Ummah.com was wrongly accused of being used to prepare a backlash against UK Jews.

“Jenvey – who had been described as “an extremely capable and knowledgeable analyst” by Tory MP Patrick Mercer – said: ‘I’m fully responsible for the story. The Sun was deceived. The Sun did not know that I was behind the postings. I would like to apologise to all the British Jews who we scared and I’d like to apologise to The Sun newspaper.'”

Jenvey admitted that he posted on the website in an interview with BBC reporter Tom Mangold, aired on Sunday’s edition of Donal MacIntyre’s Radio 5 Live show.

MediaGuardian.co.uk understands that legal discussions between Sugar and News International are ongoing. A spokesman for Sugar declined to comment.

The Press Complaints Commission suspended its investigation of the story when Sugar announced he was taking legal action against the Sun.

MediaGuardian.co.uk approached the Sun for a comment. The paper had not responded by the time of publication.