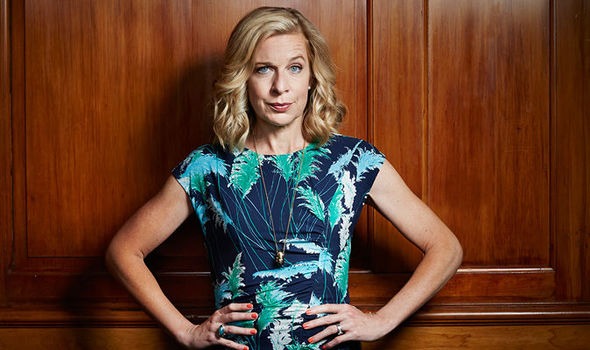 The immediate aftermath of tragedies like this week’s suicide bombing in Manchester is not usually a time for finger pointing in the media. The unwritten rule is that out of respect for the victims the blame game must wait at least until the initial wave of grief and anguish has subsided.

However that’s not stopped seasoned Islamophobes such as the Daily Mail’s Katie Hopkins – more about her later – and Allison Pearson of the Daily Telegraph seeking to set the parameters of the debate with their respective calls for genocide and mass internment. Yesterday, keyboard warrior Piers Morgan issued his own war cry for Britons to get “….ing angry”.

No doubt in the coming days we will hear more about ‘the Muslim problem’. Thankfully many of us will recognise such scapegoating as the flipside of the same hate-moulded coin that apparently motivated 22 year-old Salman Abedi to kill innocents in his vain bid for worldly revenge and transcendental redemption. In the moving words of Tony Walsh delivered at Tuesday’s vigil, we will “choose love”.

Unfortunately many will not and it is for this reason that it would be a dereliction of our common duty to preserve peace and social harmony if we allowed hate peddlers free rein to poison our society. In the current emotionally charged atmosphere words have a tendency to spill over into deeds just as they did in the brutal murder of Jo Cox at the xenophobic height of last year’s Brexit referendum.

The fine line between hatemongering and violence finds recognition in our law. Freedom of speech does not give people – press and pundits included – the right to incite antipathy, let alone violence or murder, against those with whom they disagree or dislike. In recent years, as successive governments have grappled with the problem of extremist ideology, this legislation has seen an increasing uptake by the courts.

In 2003 Abdullah El-Faisal was convicted of soliciting murder (and the lesser offence of causing racial hatred), becoming the first person for a century to be prosecuted under the 1860 Public Order Act. The court ruled that Sheikh Faisal’s exhortations to audiences to kill infidels had overstepped the Act’s prohibition against soliciting, encouraging, persuading or trying to persuade anyone to commit murder.

Fast forward to July 2007 and the convictions of three men, Mizanur Rahman, Umran Javed and Abdul Muhid, for the same offence. They were part of a crowd protesting outside the Danish embassy in London in 2006 against the publication of cartoons caricaturing the Prophet Muhammad in which they had called for Denmark and the USA to be bombed and British soldiers in Iraq to be brought home in body bags. In the same trial another man, Abdul Saleem, was convicted of inciting racial hatred and sentenced to four years imprisonment.

Last year the outspoken lawyer and Islamist activist, Anjem Choudary was jailed for five years after being found guilty under the Terrorism Act 2000 for inviting support for the so-called Islamic State. Determined to get their man, in the course of his prosecution police trawled through 20 years worth of data held by Choudary on 333 electronic devices.

Notice a pattern yet? The selective application of the law exclusively against Muslims has been a feature of prosecutions for what we broadly call hate speech. Not only that but the judges in the above cases were evidently mindful to include a deterrent value in the harsh sentences that they imposed. Naturally it leads to the conclusion that freedom of expression is a value reserved for non-Muslims who can say what they like without fear of legal sanction while Muslims must make do with being seen and not heard. They also lead to the perception that the laws exist not to protect Muslims as they do other communities but to cow them into silence.

There have been calls for police to prosecute Katie Hopkins for her tweet proposing a “final solution” in the hours after last Monday’s bombing. In recommending that Muslims should be subjected to a Holocaust in the same manner as Jews during the Second World War, Hopkins has to my mind clearly intended to incite murder and religious hatred. The fact that she later deleted the tweet and retweeted a replacement using “true solution” only confirms she was aware of the enormity of the expression she had originally used.

Substitute the obvious reference to Muslims with Jews in Hopkins’ tweet and imagine the shitstorm that would ensue. Branded an anti-semite, she would already have been dismissed from her employment with both LBC and the Daily Mail, and the Crown Prosecution Service would be bearing down on her with the full force of the law. However it is a sign of the increasing social acceptability of Islamophobic discourse that even calls for genocide against Muslims do not elicit the same kind of reaction. The slow drip effect of nearly two decades of sustained Islamophobic narratives has innured people to its toxic effects, something which is reflected in the worsening everyday climate for Muslims in the UK.

In a recent report the Islamic Human Rights Commission found that the number of people who had seen Islamophobia directed at someone else between 2010 and 2014 had spiked from 50% to 82%. In the same period the figure for those witnessing negative stereotypes about Islam and Muslims jumped from 69% to 93.3% suggesting these experiences have become almost universal for Muslims. The report also found alarming rises in violence and discrimination against Muslims, concluding they were mainly the result of an “environment of hate” that had been whipped up by media and politicians, the purpose of which is to ‘otherise’ Muslims and legitimise discriminatory treatment of them through official policy.

Hopkins is in fact a serial offender in the Islamophobia enterprise. After last month’s arrest of Khalid Mohammad Omar Ali who was carrying knives near Downing Street in preparation for a suspected terrorist attack she was reported to the Metropolitan Police for tweeting, “Explosion in France, shooting at a German hospital, knife attack in London. And Ramadan has not yet begun. Without foods these sods get nasty.” To date no action has been taken against her even though the remarks seem to be encouraging religious hatred.

The prima facie case against Hopkin’s latest tweet appears to be more compelling. Prosecuting her will set a much-needed official marker against Islamophobia. Conversely failing to prosecute her this time around will only reinforce the widely held belief among Muslims that there is one law for them and another for everyone else and that it is once again open season on the community. And we all know where that kind of grievance can lead.