‘Military trials will backfire on Al-Khalifa’ 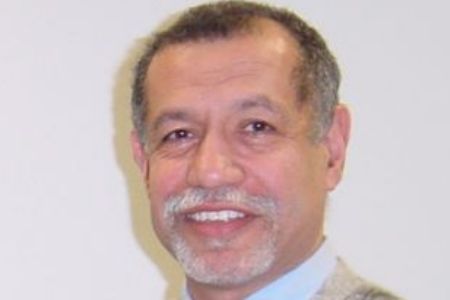 The party said that up to 50 people have already been sentenced, with penalties ranging from a short prison term to execution.

Press TV has interviewed Saeed al-Shahabi, a Bahraini opposition leader in London, regarding the trials.

Following is the transcript of the interview:

Press TV: I am going to start off with the military trials that continue to take place behind closed doors in Bahrain for those who have participated in the anti-regime protests. Are these military trials even legal to begin with, considering the state of emergency has already been officially lifted in Bahrain?

Shahabi: There are several points with these illegal military trials. First they are being held while the state of emergency has allegedly been lifted. How can you have military trials without the martial law? Secondly, these military courts are trying civilian people and usually civilians must only be tried before a civilian court and not a military court. Third, these people are being tried not for using violence or adopting military means to change the regime but for taking part in peaceful demonstrations. Many of the people, that I know that are being tried, are being tried nothing but for taking part in peaceful demonstrations. So I think these trials will back fire on the Al-Khalifa family.

Press TV: When know that the Islamic Human Rights Commission is urging United Nations High Commissioner for Human Rights to send a fact-finding mission to Bahrain. Do you think it will be welcomed or do you think that the UN has lost its credibility for not responding in time to the atrocities being committed by the Bahraini regime?

Shahabi: I think the international community has really failed the test in Bahrain, apart from some liberal-minded journalist who have covered the events in Bahrain, especially the Formula One fiasco. Apart from this, the UN has done nothing because the imposition of the American will on its decisions. Secondly, the United Nations High Commissioner for Human Rights Navi Pillay has been urged by the Islamic Human Rights Commission and other activists to send a fact-finding mission to Bahrain because this is the least that could be done. There have been allegations of many people being killed, detained, tortured, several have been killed under torture and a thousand have been dismissed for no other crime than taking part in peaceful demonstrations.

The least we could say about them is that they are allegations but there are very serious allegations. Now what is the duty of the international community? Will its highest personnel hear of such allegations? The least they could do is to send a fact-finding mission.

Of course we have heard the Al-Khalifa had several times agreed to receive the international observers but at no time did they allow any of these missions to take place. They kept delaying and delaying and giving false promises to buy time and not to allow them to set foot on the Bahrain’s soil.

Press TV: The crown prince of Bahrain was recently in Washington where Bahrain was hailed as a partner of the US. Was this giving the Bahrain regime a green light to go on with these illegal military trials and repression of protesters seeking freedom?

Shahabi: In the absence of any outright condemnation and any reference to the UN Security Council the US stands accused of complicity in these trials.

I have no doubt that neither [the crackdown by] Al-Khalifa regime nor the Saudi invasion would have taken place without the approval or tacit approval, or the silence, at least of the US. Keeping silent when facing such enormous human rights violations is tantamount to complicity and complicity makes the party that is keeping quiet, party to the crime.

Washington and London sometime say some reasonable statements, but apart from those statements their actions are not showing that they are serious about what they’re saying. For example, when the Al-Khalifa crown prince comes to London he is received warmly by the prime minister of Britain or when he is received by President Obama this sends the wrong signal is if to say, “You go ahead and we support you”. Especially when we take these meetings in conjunction with the statements that the US understood the reasons behind the Bahraini request for military support from the Saudis. They are approving the invasion and occupation of Bahrain. All these facts put together are tantamount to complicity in these crimes.

Press TV: We know that the International Coalition Against Impunity is preparing to file a case at the ICC against the Bahraini regime. How far do you think this is going to go?

Shahabi: There are several cases – I know of at least three or four cases, which are very serious. They have been lodged with the ICC at The Hague and there is a lot of pressure, as we mentioned earlier, on the Human Rights Council to investigate crimes against humanity; of genocide; and of torture.

These cases are bound to be received willingly and favorably by those people interested in human rights. Also, special reporters, five or six of them earlier special cases condemning the violations of human rights against the al-Khalifa, are now urged also to take the situation seriously because what we are seeing today and yesterday, let alone three or four months ago, the attacks on civilians the human rights violations at a grand scale is continuing.