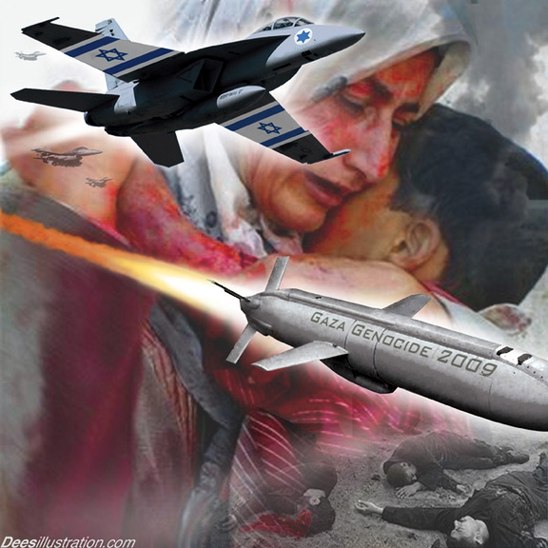 A cross-party group of MPs will call today for a review of the way arms sales are approved after the government admitted British equipment was “almost certainly” used in the assault on Gaza last year.

“It is regrettable that arms exports to Israel were almost certainly used in Operation Cast Lead [the attack on Gaza],” the Commons committee on strategic export controls says in a report published. “This is in direct contravention to the UK government’s policy that UK arms exports to Israel should not be used in the occupied territories.”

The MPs say they welcome the government’s subsequent decision to revoke five export licences for equipment destined for the Israeli navy but “broader lessons” must be learned from a review to ensure British arms exports to Israel are not used in the occupied territories in future.

After the attack on Gaza, David Miliband, the foreign secretary, told the Commons that all future applications for arms-related exports to Israel “will be assessed taking into account the recent conflict”. He said Israeli equipment used in the attack on Gaza “almost certainly” contained British-supplied components included in cockpit displays in US F-16 combat aircraft sold to Israel, and components for the fire control and radar systems, navigation equipment and engine assemblies for US Apache helicopters.

The equipment also included armoured personnel carriers adapted from Centurion tanks sold to Israel in the late 1950s and components for the guns and radar in Israeli Sa’ar-class corvettes which took part in the operation.

Miliband said the government was looking into all existing licences to see whether any of them needed to be reconsidered. He added that he believed British export controls were amongst the strongest and most effective in the world.

Government-approved arms exports to Israel were worth more than £27.5m in 2008, according to the the report. Government departments approved nearly £4m worth of export licences for weapons and equipment with dual military and civil uses in the nine months after the Gaza attack, according to official statistics.

The report also reveals that the government decided to revoke a number of licences for arms sales to Sri Lanka. It says it regrets British arms were sold to Sri Lanka during ceasefire periods in the conflict with Tamil Tiger rebels.

Amnesty International called on the government to act swiftly to close loopholes allowing “brass-plate” companies registered in the UK to trade arms to countries where human rights violations were committed.

It backed the committee’s call for a robust international arms trade treaty. Amnesty International’s arms programme director, Oliver Sprague, said: “World leaders and campaigners have worked far too hard on the treaty for it to become a worthless piece of paper that will do little to protect people from armed violence.”

By: Richard Norton-Taylor, THE GUARDIAN