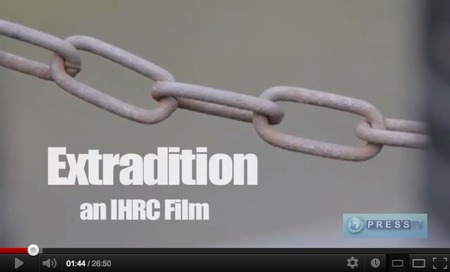 Talha Ahsan and Babar Ahmed have been extradited and have been held without charge for over 14 years collectively.
The court concluded that “there would be no violation of the applicants’ rights if extradited to stand trial in the United States”.
These men have been let down by the British justice system and now face being incarcerated in one of America’s toughest prisons. It may be four more years before these men face trial in the United States all the while they will be kept in Prison.
These men are UK citizens; they were born in this country and paid their taxes in this country. There is not enough evidence to charge these men in Britain. The UK police have admitted that they have not seen the bulk of evidence seized from Babar’s home but it was instead sent to the US authorities and which now forms the bulk of the indictment against Babar and Talha. This case is an example of double standards and injustice that these men have had to face. More than 150,000 members of the British public signed a government petition calling for the debate to be heard in parliament.
This weekend IHRC film ‘Extradition’ will be re-broadcast on Press TV.
Extradition is a film that explores the injustices of the Extradition Act 2003 through the suffering of two individuals and their families. The act stipulates that any British Citizen can be extradited to the US without their government even providing prima facie evidence. Babar Ahmad and Talha Ahsan have been held for eight and six years respectively, both without trial. In all this time they have had no charges levelled against them, seen none of the evidence or even been questioned by British or American police. Yet they remain imprisoned.
The documentary showcases the hypocrisy and one-sidedness of the Act but also shows the human suffering of the two men and their families. You can now watch the full documentary here, and if you want to help with the campaign, visit here –