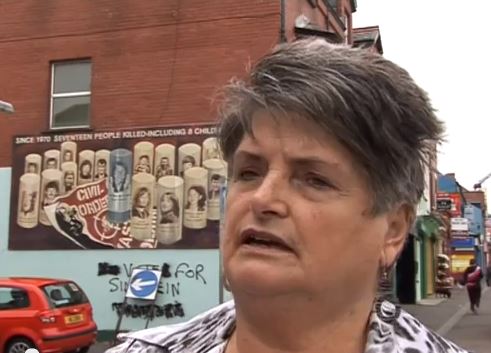 “Unfortunately when you are talking to the British government, common sense goes out of the window.”

Clara O’Reilly talks through the similarities between the struggles of families and survivors of British state terror in the north of Ireland and relates it to issues facing Muslims in the UK today under the War on Terror laws and discourse.

For more discussion about the similarities in struggle, read the report Comparing Irish and Muslim Experiences of Counter-Insurgency Law and Policy a Report by Professor Mark McGovern, Edge Hill University, with Angela Tobin Organised in co-operation with: Committee on the Administration of Justice, Islamic Human Rights Commission, Relatives for Justice, Coiste na n-larchimi.