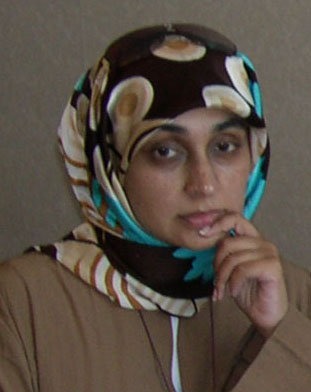 My short presentation looks at the British experience from circa 1992, from my not too biased (I hope) perspective. Whilst this presentation is colloquial in style, it is based not simply on an activists experience but also research amongst Muslims in the UK as to their thoughts and expectations regarding representation.

This critique is more of a generalised idea of that never ending trend of aspiration amongst Muslim organisations to become the “sole voice” of Muslims in a minority situation – situations that are increasingly characterised in Europe by ethnic, generational and sectarian diversity. Being the “sole voice” is an aspiration in the British experience or experiences of the last 10 -15 years has shown to be an expectation by government not for true representation, but for unrealistic, inevitably unrepresentative, opportunistic and cynical reasons.

Muslims in the UK are not recognised either as National Minority nor under the Race Relations Act 1976 (our most comprehensive legislation to protect minorities, which cover the Jewish, Sikh and to a lesser extent Rastafarian communities). Although new laws against religious discrimination in the workplace have been enacted since end 2003 in order to meet the demand of an EU directive, there had been no government commitment to ensure this legislation had any meaning in practice. There is no legal aid available for victims, and legal costs are generally prohibitive. Unions and employers have been provided little if any training to understand the issues or responsibilities involved in eradicating discrimination based on faith.

It is against this backdrop that the New Labour government has set up a clash of civilisations between it and its claim to represent broader British society, against a minority that it now deems an irksome and no longer inclined to vote for them, and vilifies publicly as violent and terroristic to its core. In that clash, old friends – Muslim associations and organisations who often times had previously been so closely linked to the New Labour project as to be indistinguishable from it have been maligned and sidelined, and old foes and those with simply no representative basis have been reinvented as moderates and promoted as true spokespeople by a government obsessed with socially engineering not a single contact partner but a single form of Islam that Muslims in the UK should and must adhere to.

1992 saw the establishment of the now defunct, Muslim Parliament of Great Britain (MPGB), an organisation that spoke (loudly) at government, and which was maliciously described in the press at that time as seeking to segregate Muslims. This was a lie dealt with in the inaugural speech by the MPGB’s then leader, the late Dr. Kalim Siddiqui. “We are for integration,” he boldly stated, “on our [i.e. Muslims’] own terms.”

Running parallel to MPGB was UKIAC (the United Kingdom Islamic Action Committee), that has been looked on in retrospect as a lobby group pressing on Muslim issues particularly measures to protect against religious discrimination and vilification. The understanding is that circa the mid 1990s, the erstwhile Home Secretary and later Tory party leader, Michael Howard, offered those around UKIAC that the government would negotiate with a single Muslim body and that one should be organised. I cannot verify this, but if true it forms an even more salutary lesson for Muslims in minority situations, given that many UKIAC associated figures became part of the Muslim Council of Britain (MCB) set up in 1997, which was seen by the community as aspiring (rightly or wrongly) to that single body status. MCB is now in that unenviable category of demonised groups that the British government seeks to marginalise, occasionally with the ironic put down that it is unrepresentative – a fact that did not deter it until very recently as proclaiming it as exactly the opposite in an attempt to shut out other Muslim organisations from consultation on the basis that THE Muslim representative body already sat next to government.

I have found myself recently transformed from a long standing critic of the MCB to its defender – it has been maligned for doing the same thing it always did, with government approval. Whatever my differences (of which there are many) with the roads – ideological and empirical – taken by MCB over the last decade, it is shocking that they have been treated in this manner – a manner then aped by the mainstream press, resulting in e.g. the recent admonition by the tabloid press that in their guidelines for schools, the MCB had made (MCB advocates ‘Taliban-style conditions’ in state schools, claims Express) Taliban style demands on the government. The same guidelines were not just endorsed but praised by the Chief Inspector of Schools. As a representative of about 40% of Muslim organisations – the MCB could at least argue that it represented a substantial part of Muslim civil society. To be replaced by the newly created and in vogue Sufi Council of Britain as doyennes of moderation and representation is at best bizarre, particularly as the constituency for the latter seems to consist of government ministers (maybe even 40% of them) and no-one else.

So what are the problems of the single contact partner model? I give my humble thoughts on why such a model, based on the last 10 -15 years of the UK experience this would be a bad way to go.

Government and institutions need to speak to minorities where they are at. It’s that simple. It’s no use pretending that there is some likeminded majority hidden by overbearing civil society and that the lone voice you find to mirror you somehow echoes that. That is the current British experience in extremis. Then of course that means you need to consult more and wider. As details about Operation Contest (Leaked No 10 dossier reveals Al-Qaeda’s British recruits) emerged in 2005, in which the government proposed to socially engineer a differently minded Muslim youth than the one they felt would happen left to its own trajectory, the government simply will not let well enough alone. Muslims, in their opinion need to moulded and this needs to stop and stop right away.

Why should Government Care?

Just as with the single body solution, it is counterproductive, but more importantly it is a moral question that requires a definitive answer. It is not the place of governments to determine what a minority is, nor create the minority it wants through interference, use of fear tactics, favouritism and manipulation.

Given the reasons why a single body option would be problematic for a minority, a cynic could argue that they would be the very reasons why a government would choose that route. Superficially they are seen as engaging with the community, and a majority that have little or no exposure to the minority will see it either as good measure or indeed excessive capitulation. Resonant of the days of the Raj, a government could using this method, divide and rule. If the single body cannot deliver it can be replaced by another. There is no recognised clamour at the gall and injustice of such a move.

Are there any bad reasons then for government to do this? Assuming for one moment that (some) governments may have varying degrees of ethical intent, they may actually be concerned that their one contact partner, does not have grassroots validity. It will additionally mean that it will have no effect and ultimately legitimacy amongst the people, they are supposed to be helping government serve. Encouraging one organisation over others, only increases factionalism. Again maybe that serves the more cynical interests of government, however in the long run that undermines social cohesion and effective integration. Finally and more practically still is the fact that increasingly larger groups of disaffected people cannot be reached. Disaffected people in this narrative are not terrorist to be feared – they are however voters and activists. Something governments still need to be wary of, even in the UK.

The British Muslims’ Expectations of the Government report (Dual Citizenship: British, Islamic or Both?) regarding political representation is telling, and I have dealt with it elsewhere (e.g. the Citizen Ali in New Politics which can be found at Citizen Ali) , but the normative issues I have outlined above form a large part of the narrative that was unveiled by this research. Muslims in the UK want to participate and they see mainstream political representation, particularly in parliament as the way forward. They are sceptical about the current state of Muslim representation whether at the level of civil society or in parliament. In fact many see the representation of Muslims in parliament as nominal and without any real power. If, in its effort to negotiate with a minority, a government cannot or will not understand or respect that minority’s commitment to democratic processes and wishes instead to fix a model of representation on it that it would not subscribe to for other citizens, then we need to look at that model as, at best, inappropriate.

No offence to anyone, but it is time to rethink the single contact partner model, not export it elsewhere.

Presentation at the Heinrich-Böll Foundation on the 16th April 2007