My talk with Hamas about peace with Israel

Home
Uncategorized
My talk with Hamas about peace with Israel 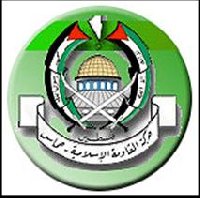 WASHINGTON – Since his first days in office, President Obama has defined winning a final peace between Israel and the Palestinians as an urgent US interest.

On Jan. 21 he named former Senate majority leader George Mitchell his envoy to achieve that peace, and Mr. Mitchell has since made four fact-finding trips to the Middle East. But neither has yet said how the administration will grapple with one of the biggest challenges that peace diplomacy faces: the continuing strength of the Palestinian Islamist movement, Hamas.

Hamas has been on the State Department’s “terrorism list” since its founding in 1987. It has steadfastly refused to recognize Israel. But it has also won – and kept – considerable popular support among Palestinians.

In 2006 it won parliamentary elections held in the West Bank and Gaza. More recently it survived the military onslaught Israel launched against Gaza last December – and in the wake of that war, Hamas’s popularity among Palestinians increased.

Meanwhile, Washington’s ongoing campaign to strengthen the rival Fatah party of Palestinian Authority President Mahmoud Abbas has backfired badly. Rather than strengthening Fatah, the aid that Washington and its allies have sent to Mr. Abbas has further fueled the nepotism and corruption within Fatah and hastened its internal decline.

Clearly, if there is to be a Palestinian team at any peace negotiations, its work must be supported by Hamas as well as Fatah. But can Hamas, whose 1988 Charter still rejects participation in peace conferences and calls for an end to the State of Israel, really be judged a valid party to the peacemaking?

The history of numerous other peace efforts indicates it can. Consider the examples of South Africa and Northern Ireland. Nationalist parties there that were once denounced as “terrorist” and hunted down ended up as valued – indeed, essential – participants in the peacemaking.

In both those earlier cases, parties invited to the table were required to verifiably set aside their arms (though not, in the first instance, to disarm completely). They were also required to agree to principles of nonviolent, democratic decisionmaking. It worked.

Many Westerners might think of Hamas as only a collection of gun-toting fanatics intent on killing civilian Israelis. But Hamas also has a strong civilian wing that provides valued services in many Palestinian communities.

In 2006 it was that wing that participated peacefully and successfully in the nationwide vote. Meanwhile, Hamas’s military wing has shown during several periods that it can exercise full or near-full restraint during cease-fires: That happened in 2005 and 2008, and has generally been the case in recent months, too.

One major challenge for today’s peacemakers has been Hamas’s refusal to meet the three preconditions that Washington and its allies in the international “Quartet” set in 2006, before they would even start talking to it.

Hamas, they said, must renounce violence, recognize Israel, and sign on to all the agreements previously reached by the Palestinian Authority (PA.) (Another challenge has been Washington’s refusal, until now, to consider any reframing of those demands.)

HAMAS, PART OF THE SOLUTION?

I interviewed Hamas head Khaled Meshaal, in Damascus, Syria, on June 4. He restated his opposition to the preconditions, on principle. He noted that Washington did not apply any such preconditions to hard-line members of Israel’s government. Also, he pointed out that in Mr. Obama’s speech in Cairo, he had called for talks with Iran’s government without any preconditions at all.

Discussing the “Mitchell Principles,” established by Mitchell during his successful peacemaking in Northern Ireland, Mr. Meshaal argued that they were applied equally to all sides. They were established during Mitchell’s earliest rounds of meetings with the warring parties, rather than being preconditions for those contacts.

Meshaal is a sober, intelligent man who talks in a way that seems much more “political,” and politically savvy, than religious.

He stressed that Hamas wanted to be “part of the solution, not part of the problem.”

He expressed a strong desire for Hamas to heal its present deep rift with Fatah. He also reaffirmed Hamas’s support for a 2006 proposal whereby Abbas or other non-Hamas negotiators would conduct the actual peace negotiations with Israel. Any resulting peace agreement would then be submitted to a Palestinian-wide referendum, and Hamas would abide by its results, he said.

If Hamas and Fatah can rebuild enough trust to authorize a unified Palestinian team to start negotiating, this proposal could allow peace talks to proceed without finding a complete prior answer to the West’s “dealing with Hamas” problem.

Meshaal also restated Hamas’s support for establishing a Palestinian state alongside Israel, in the areas that Israel occupied in 1967 – providing that all the occupied land, including East Jerusalem, as well as the right of Palestinian refugees to return to areas they fled in 1948, would also be implemented.

No Israeli government would accept this plan as it stands. But it represents a notable shift toward pragmatism and away from the positions stated in Hamas’s 1988 Charter.

It can be seen as Hamas’s starting point in a negotiation in which all parties would need to show further flexibility. The hard-line language in Hamas’s Charter – as in the 1999 Charter of Israel’s Likud Party – could be changed somewhere in the future, as happened in the South African peacemaking, rather than requiring it to be changed upfront.

If Hamas is folded into the peacemaking, it would emerge – like South Africa’s African National Congress, or Northern Ireland’s Sinn Fein – as a very different organization afterward.

In addition, if Obama’s peace diplomacy works – with Israelis, Palestinians, and other Arabs – then the whole Arab-Israeli arena would become very different from what we see today. Israel and its neighbors could finally turn their attentions away from preparing and waging war and rebuild their own societies in a climate of security and hope.