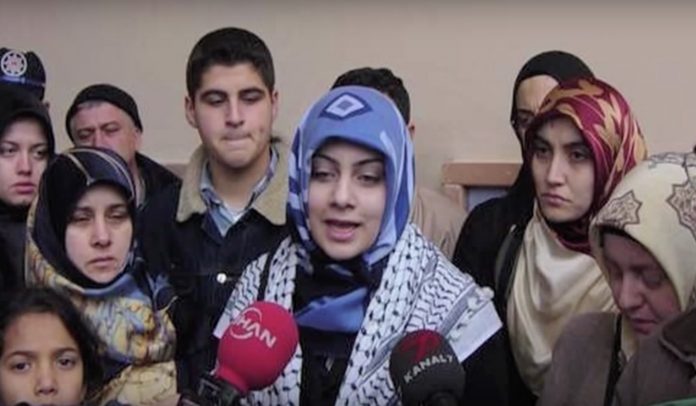 This case was taken on by IHRC in 1999 when Turkey was in the midst of a hijab ban at universities.

A protest in Malatya in eastern Turkey against the ban resulted in the arrest of 75 demonstrators who were detained on treason charges and faced the death penalty.  IHRC started a campaign including sending UK barrister Osama Daneshyar to observe and report on the trial.

In 2010, Osama gave an interview reviewing the case.  Watch it below, find out more about the case and read / download the original report into the affair form the link underneath.  Huda Kaya, one of the main protestors is now an MP in Turkey.

His ‘Report of IHRC Observer into the legal proceedings against Huda Kaya and the Malatya 75‘ was circulated widely including through the UN system and is widely held to be the reason for the release of all the detainees. This and the role of thousands of IHRC campaigners writing letters of protest and highlighting the injustice of the erstwhile Turkish regime was recognised by Huda Kaya and her daughters, the leaders of the protest.

To find out more about ongoing campaigns at IHRC visit our Campaigns and Projects indexes.  To volunteer with us please contact our volunteer co-ordinator via this page.

Huda Kaya and the Malatya 75