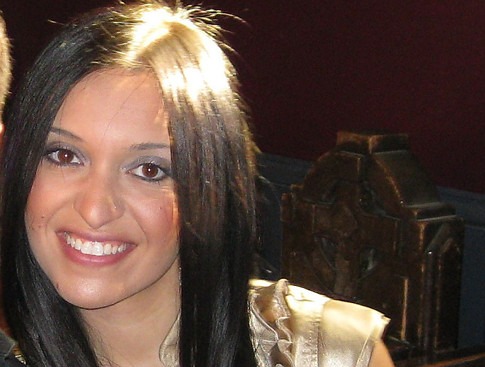 They allegedly made fun of her Muslim religion and snorted sexist comments, and now Lobna Abdelrehim is fighting back against the “Animal House” antics of her Wall Street business-publishing firm with a lawsuit.

In papers filed in Manhattan Supreme Court, Abdelrehim said she was given a memo by her bosses at GDS International to use her “sex to sell,” sent numerous e-mails “depicting men in Muslim garb as raging homicidal terrorists,” and unwittingly turned into a finalist for a “Most Allergic to Conservative Clothing” contest at the company Christmas party.

“I was so embarrassed,” Abdelrehim said, adding that everything in the office “is girls and sex” — even staff e-mail updates, which sometimes feature pictures of women cavorting in bikinis.

The firm “is like a throwback to the 1950s,” said her lawyer, Jack Tuckner.

The company did not return a call for comment.