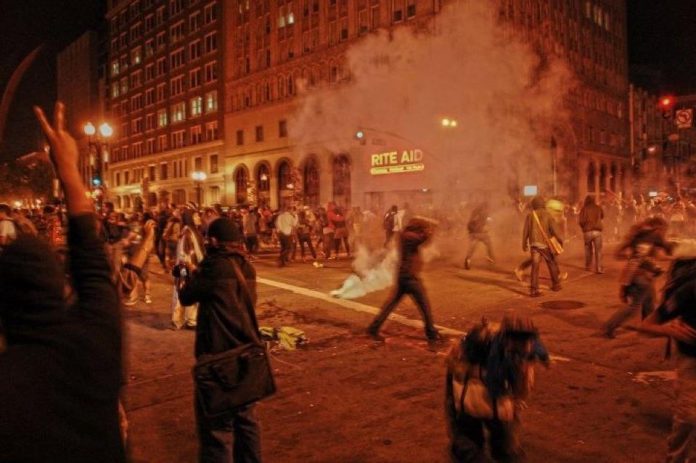 {jathumbnailoff} A link to the live streaming of events at the demonstration follows at the end of the page.  The Occupy Oakland demonstrations in California, USA have been met with the most heavyhanded force of all demonstrations across the USA.  So much so, Occupy Wall Street decided to send financial and other support to the demonstratotrs and hold a solidarity demonstration to protest the police attacks.  October 25 saw police raid the two sites of the demonstrations and use tear gas with reports stating that rubberbullets were also used.

A gallery of images of the night and the protests can be found here.

Prostestors at Frank Ogawa Plaza have reclaimed and renamed it Oscar Grant Plaza after the victim of a polce killing in 2009.  More information on Oscar Grant’s case can be found in this video below.