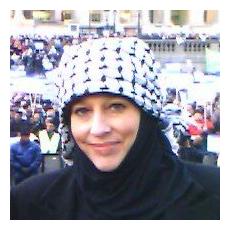 I wonder if Hillary Clinton really believes in the pompous invective that shoots from her lips with the rapidity of machine gun fire.

We had a classic example of it just the other day when she let rip in her grating, robotic monotones over a Moscow court’s guilty verdict on a tax-dodging, money laundering oil tycoon.

To be fair to Clinton, she was not alone. There was a whole gaggle of disapproving foreign ministers who poured forth their ridiculous brand of Western arrogance which has poisoned the international atmosphere for far too long.

The US Secretary of State said Mikhail Khodorkovsky’s conviction raised “serious questions about selective prosecution and about the rule of law being overshadowed by political considerations”.

Although Khodorkovsky, 47, and his business partner, Platon Lebedev, 54, were found guilty of theft and money laundering by a Moscow court, critics like Clinton say the trial constitutes revenge for the tycoon’s questioning of a state monopoly on oil pipelines and propping up political parties that oppose the Kremlin.

Clinton’s censure was echoed by politicians in Britain and Germany, and Catherine Ashton, the EU foreign policy chief, urged Moscow to “respect its international commitments in the field of human rights and the rule of law”.

Now while it may appear to be quite touching to see all these Western leaders express their outrage over a trial involving the one-time richest and most powerful man in Russia’s oil and gas industry, you have to ask where were these moral guardians when other unjust legal decisions were being made in US courts, for example?

So why have the Americans and Europeans rushed to make very public and official statements so quickly on a matter of oil and gas, in another country not in their sway or control? Okay, so it is a rhetorical question!

But shouldn’t Clinton put a sock in it? The USA is still squatting in Cuba overseeing the continuing festering mess caused by one of the biggest boil’s on the face of human rights – yes, Guantanamo is approaching a decade of incarcerating men without charge or trial. At least Khodorkovsky had his day in an open court and can appeal.

Instead of sticking her nose in to other countries’ judicial processes, perhaps the US Secretary of State would care to look into her own backyard and tell us why one of her soldiers was given a mere nine month sentence earlier this month after shooting unarmed civilians in Afghanistan?

And after he’s served his sentence US army medic Robert Stevens can still remain in the army, ruled the military hearing. His defence was that he and other soldiers were purely acting on orders from a squad leader during a patrol in March in Kandahar.

Five of the 12 soldiers named in the case are accused of premeditated murder in the most serious prosecution of atrocities by US military personnel since the war began in late 2001. Some even collected severed fingers and other human remains from the Afghan dead as war trophies before taking photos with the corpses.

By comparison, just a few months earlier, Dr Aafia Siddiqui, was given 86 years for attempting to shoot US soldiers … the alleged incident happened while she was in US custody, in Afghanistan.
She didn’t shoot anyone although she WAS shot at point blank range by the soldiers. The critically injured Pakistani citizen was then renditioned for a trial in New York. The hearing was judged to be illegal and out of US jurisdiction by many international lawyers.

Did Clinton have anything to say about that? Did any of the foreign ministers in the West raise these issues on any public platform anywhere in the world? Again, it’s a rhetorical question.

Of course a few poorly trained US Army grunts, scores of innocent Afghans, nearly 200 Arab men in Cuba and one female academic from Pakistan are pretty small fry compared to an oil rich tycoon who doesn’t like Vladamir Putin.

But being poor is not a crime.

Exactly how would the Obama Administration have reacted if Russian President Dmitry Medvedev criticized the lack of even handedness in the US judicial system and demanded Dr Aafia Siddiqui be repatriated? What would be the response if Medvedev called an international press conference and demanded to know why 174 men are still being held in Guantanamo without charge or trial?

Just for the record the US judicial system imposes life sentences for serious tax avoidance and laundering of criminally-received income – crimes for which the Russian tycoon has been found guilty. Sentencing will not take place until Moscow trial judge, Viktor Danilkin, finishes reading his 250-page verdict, which could take several days.

In her comments Clinton said the case had a “negative impact on Russia’s reputation for fulfilling its international human rights obligations and improving its investment climate”.

How on earth can anyone treat the US Secretary of State seriously when she comes out with this sort of pot, kettle, black rhetoric? This from a nation which is morally and financially bankrupt, a country which introduced words like rendition and water-boarding into common day usage.

My advice to Clinton is do not lecture anyone about human rights and legal issues until you clean up your own backyard. In fact the next time she decides to open her mouth perhaps one of her aides can do us all a favour and ram in a slice of humble pie.

British journalist Yvonne Ridley is the European President of the International Muslim Women’s Union as well as being a patron of Cageprisoners.

Trump and the decline of American imperialism