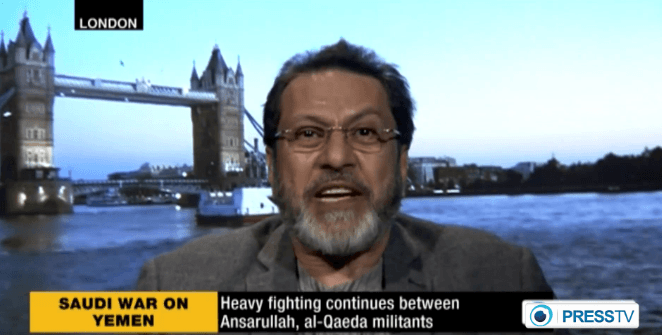 Banned by 116 countries in a 2008 treaty, cluster bombs releases or ejects smaller bomblets over a wide area, leaving unexploded munitions in the ground to to kill personnel and destroy vehicles.

In this edition of the Debate, Press TV has conducted an interview with Lawrence J. Korb, a senior fellow at the Center for American Progress and an adviser to the Center for Defense Information from Washington D.C., and Massoud Shadjareh, the head of Islamic Human Rights Commission from London, to discuss why the so-called advocates of the human rights are keeping silent towards the non-conventional war on Yemen