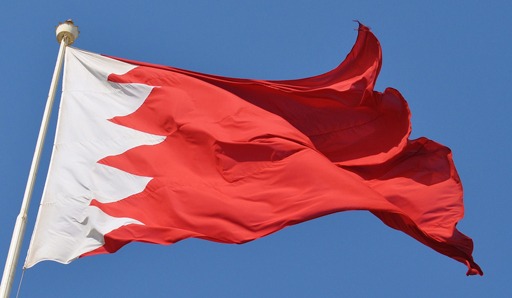 On May 11, AI reported more than 47 health professionals, including doctors and nurses, have been arrested, charged and may face trial before a military court for doing their job. All are Shias in a Sunni-run state.

Entirely bogus charges against them include:

AI calls the accusations “vague” and “trumped up.” In fact, those charged are for participating in peaceful protests, treating injured demonstrators, and denouncing state violence – noble acts, not crimes.

On May 12, the Bahrain Center for Human Rights (BCHR) confirmed over 900 arrested, disappeared, and/or tortured, as well as at least 31 deaths. Most participated in peaceful protests. Others were engaged in routine daily activities, but were arrested anyway in broad sweeps.

Among the dead was a 15-year old boy shot in the eye with a rubber bullet while playing near his home. His father said he was also pistol-whipped on his neck, causing it to snap. “I picked him up, and I could hear him breathing in pain,” he said. “He took his last breath and then he did not breathe again. He died in my arms.”

A 71-year old, Isa Mohammed, died of asphyxiation in his home from heavy tear gas firing. His family’s plea for medical care was denied. Others died in custody from beatings and torture.

Most Bahrainis are politically and economically deprived. Poverty and unemployment are extreme. High level corruption is extensive. Past confrontations between protesters and security forces resulted in violence, arrests, torture, other abuses and deaths. Oppressive measures are taken to prevent democratic reforms, including restricting free expression, assembly and association.

The Arab Charter on Human Rights also bans torture and other abuses and ill-treatment. It’s strictly prohibited at all times, under all conditions, with no allowed exceptions.

Of note was a 2002 King Hamad royal decree, granting persons accused of torture immunity for prior alleged instances when it was practiced freely to punish and extract confessions for trials. Under Hamad, nothing changed.

Moreover, in 2005, the UN Committee Against Torture expressed concerns for lack of a clear Bahrain definition. In 2008, they were again raised regarding the treatment of five Unemployment Committee members, arrested between December 21 and 28, 2007 during state violence at the time.

Released on January 10, 2008, they reported being beaten, verbally abused, intimidated, deprived of sleep and food, incarcerated in solitary confinement, and subjected to prolonged use of handcuffs and blindfolds.

A recent 2011 IHRC Report is titled “Emergency Briefing on the Human Rights Situation in Bahrain,” explaining widespread, systematic abuses ongoing for months in the latest crackdown. It covers:

In its May edition, Crescent Magazine headlined, “Acts of sacrilege, rape, torture and murder in Bahrain,” discussing “indescribable crimes against innocent civilians,” showing collusion with America and Saudi Arabia.

Bahraini and Saudi security forces, in fact, are committing “wanton acts of vandalism and sacrilege,” including destroying mosques and desecrating the Koran. Moreover, Bahraini forces committed one of the most shocking crimes against a 20-year old female poet named Ayat al-Qermezi.

In late March, state security forces arrested her. She was missing until confirmed hospitalized in a coma in mid-April, victimized by repeated rapes. She died after failed attempts to save her. Western media provided scant coverage. In Bahrain, brutality against her was suppressed. Al Jazeera also excluded her from its coverage.

Another disturbing case involved Ahlia University Professor Masaud Jahromi, Engineering Department Chairman. A highly respected academic, Bahraini security forces arrested him in the middle of the night on April 14 even though he wasn’t involved in protests. Being Shia is his only crime, reason enough to arrest, torture and perhaps kill him.

Saudi and Bahraini security forces are brutalizing innocent civilians, their lives now a living hell. “Their neighborhoods are under constant surveillance; armored personnel carriers and tanks are stationed on every street corner with security personnel smashing cars and property” randomly to intimidate and terrorize.

Western media barely mention the most extreme acts of injustice, nor do leaders in Washington, London, Paris and other EU capitals, vilifying Gaddafi but ignoring the worst Bahraini abuses.

On May 8, trials for 21 arrested Bahrainis began, including seven in absentia, persecuted victims charged with plotting to overthrow the monarchy. All 14 defendants present pleaded innocent. Two international human rights observers were denied access to proceedings. However, representatives from a select few NGOs were present. Bail requests were rejected. Of concern are reports of torture in detention, and defendant Abdulhadi al-Khawaja saying in court:

“Today I was threatened in this place (meaning prison). My life is in danger.”

Throughout their incarceration, they got no access to families or lawyers until 24 hours before trial for attorneys only, providing no time to prepare. Their ordeal is of no interest to Obama or official Washington.

Under conditions of martial law, their fate seems assured, guilty of wanting democratic freedoms, corruption ended, violence and state terror stopped, and state oil revenues used equitably for all Bahrainis. As a result, despite all they’ve endured so far, their ordeal likely just began unless sentenced to death to end it. Either way, will official Washington and Big Media notice?