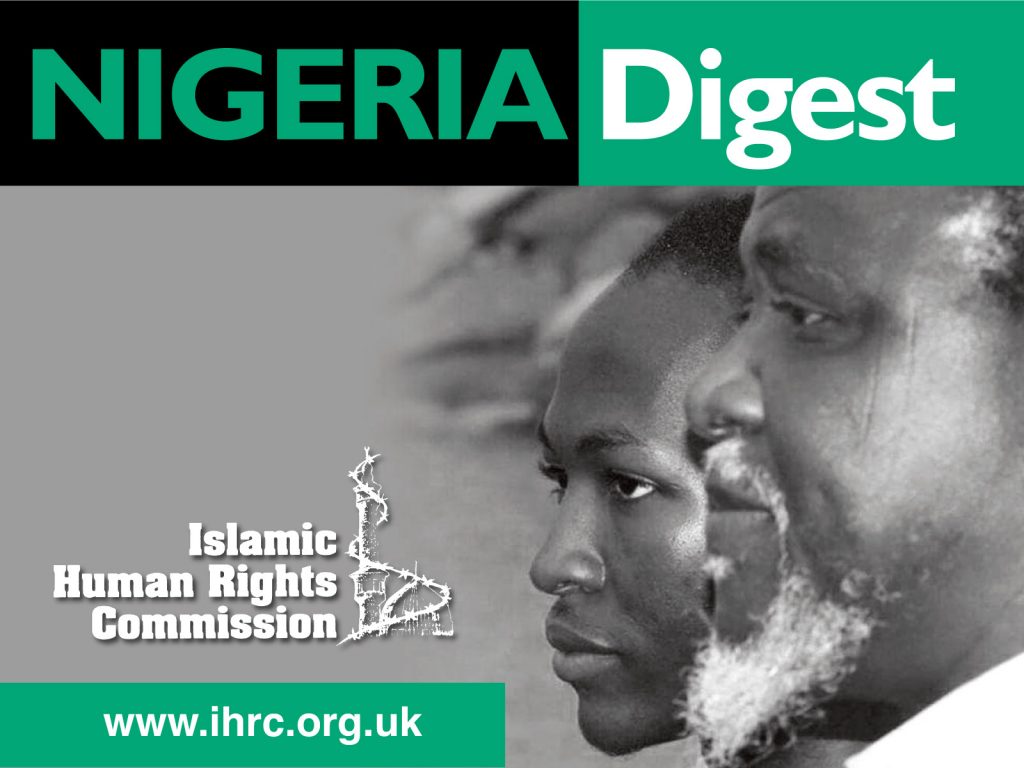 The case has been adjourned to 24 and 25 February. The Sheikh and Malama have been granted access to their doctors.

Sheikh Zakzaky and Malama Zeenah’s sham court trial has been adjourned to 24th and 25th of this month. The Sheikh and Malama have been granted access to their doctors. #FreeZakzaky protests continued in Nigeria.

Please send an email to the Commonwealth and demand their intervention in this case. A model letter and contact details of the Commonwealth are provided below. Please forward any responses you receive to IHRC at wajahat@ihrc.org.

Model email / letter
If you are emailing, please use the following in the subject line:
Commonwealth’s Failure to Save Innocent Lives

Re: Commonwealth’s Failure To Save Innocent Lives

Nigeria has been the subject of repeated complaints over its killings of supporters of the Islamic Movement of Nigeria. The Commonwealth’s silence on this issue is putting more innocent lives at risk. Nigerian security forces have continuously attacked various peaceful demonstrations of the Islamic Movement, killing dozens of peaceful protesters, while arresting, torturing, and injuring hundreds of them.

It is imperative that you apply pressure on the Nigerian authorities so they stop killing innocent people and immediately release the unlawfully detained leader of the Islamic Movement of Nigeria, Sheikh Zakzaky, and his wife Zeenah. They have been held in illegal detention for over four years. You are doubtless aware of the details of his case. I am deeply concerned for their safety and security.

I urge your office to make it known in unconditional terms that further rights violations against the Islamic Movement of Nigeria, or indeed any other political or religious group, will not be tolerated by the Commonwealth.

The case has been adjourned to 24 and 25 February. The Sheikh and Malama have been granted access to their doctors. Click here to see the details of the case hearing.

Massive free Zakzaky protests staged in Maitama District of Abuja, Capital City of Nigeria on Thursday the 6th of January 2020 calling for the immediate and unconditional release of Sheikh Zakzaky. In the same vein condemning the illegal trial against him and his wife Zeenah in Federal High Court Kaduna.

The couple have now been detained for over four years despite the federal high court ruling in 2016 that their detention was unlawful and unconstitutional and ordering the Nigerian government to release them by January 16, 2017 and pay compensation. Click here to read the full press release.