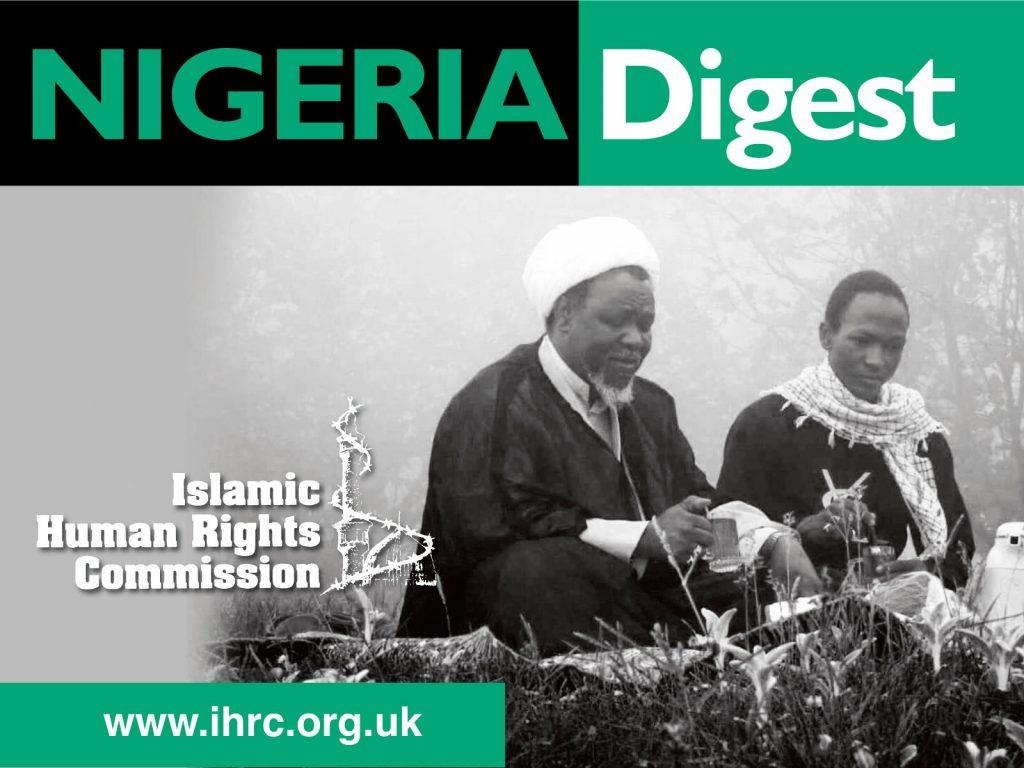 30 June 2021
Nigeria Digest #138 – Take action and write to your Foreign Minister
The court hearing to dismiss the case against Sheikh Zakzaky and Mualima Zeenah will resume on the 1st July 2021. During this week IHRC published “Nigeria Donor’s Report”

You can find all the latest actions and information and the background to the campaign, videos and audio at the Free Zakzaky campaign page.

The court hearing to dismiss the case against Sheikh Zakzaky and his wife resumes on 1st July, we request campaigners to write to their Foreign Minister to put pressure on the Nigerian authorities. During this week IHRC published Nigeria Donor’s report with the accounts of the distribution of the funds raised to support the persecuted members and those perceived to be members of the Islamic Movement of Nigeria, the figures mentioned in this report cover annual spending up to 18th February 2021.

Please help support those injured by police brutality and the families of those killed by the security services by donating to the IHRC Trust Nigeria Fund here.

IHRC Nigeria donor’s report and plea for further support
25 June 2021
This report provides the accounts of the distribution of the funds that IHRC has raised to support the persecuted members and those perceived to be members of the Islamic Movement of Nigeria. The state violence is directed towards civilians. The aid is distributed to the families of those who have been unlawfully killed by the security forces, victims of state violence who are being treated in hospitals or recovering at home, prisoners of faith and students. The aid is distributed in the form of food, Qurbani, surgery costs, medicine and student bursaries. The figures mentioned in this report cover annual spending up to 18th February 2021. Click here to read the report.

Sheikh Zakzaky’s 2000 Days in Detention: Nationwide Protests staged
03 June 2021
Protests were staged in different towns and cities on Thursday the 3rd of June 2021 condemning the continued detention of the Leader of the Islamic Movement Sheikh Ibraheem Zakzaky and wife for their continued detention for 2000 days.

The Nigeria Digest is a weekly summary of the campaign to free all who are illegally detained focusing on the Islamic Movement of Nigeria.