No respite for the Rohingya 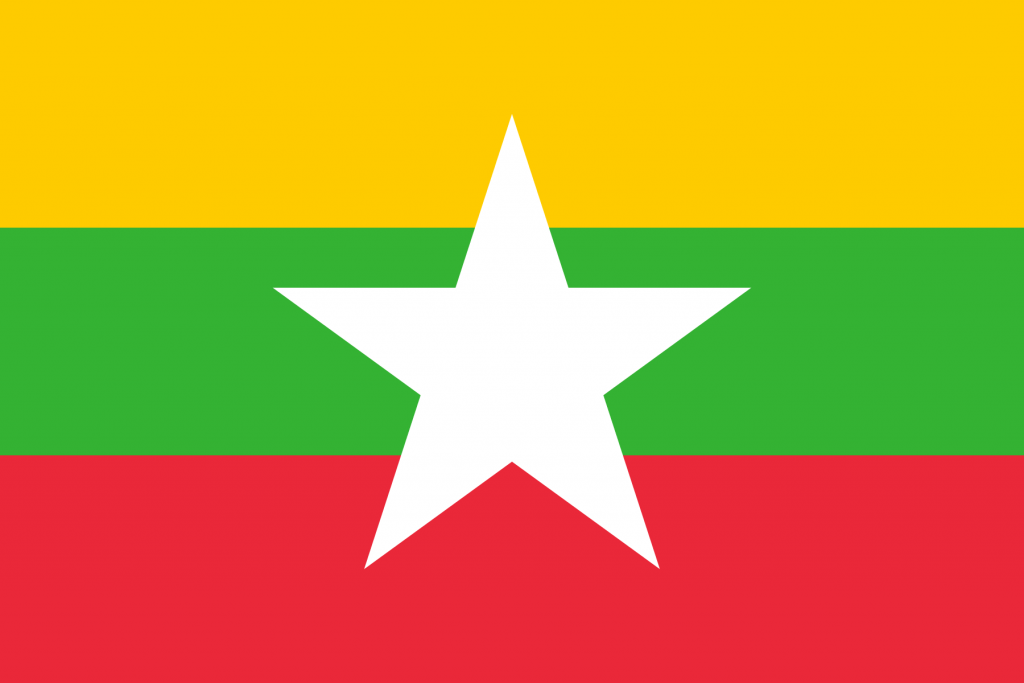 The continued denial of citizenship to Myanmar’s Rohingya lies at the heart of their status as one of the world’s most persecuted minorities. However despite international pressure on the former communist country to introduce democratic reforms, the future for the Rohingya continues to look bleak and bloody, according to Yaseen Omar.

One of the first steps to resolving any political crisis is to acknowledge that the object of thatcrisis actually exists.

Unfortunately that recognition still seems a distant prospect for Myanmar’s Rohingya minority despite mounting international concern about their plight and the hopes engendered by – as yet unfulfilled – promises of democratic reform.

Last week a resolution passed by the human rights committee of the United Nations General Assembly demanding that Yangon grant citizenship to the approximately 1.5 million Muslim Rohingya and curb violence against them received short shrift from the government.

“Citizenship will not be granted to those who are not entitled to it under this law no matter whoever applies pressure on us. It is our sovereign right,” said a government spokesman.

The resolution came days after a delegation from the Organisation of the Islamic Conference (OIC) visited Myanmar only to be greeted by protests from sections of the Buddhist majority, angry that it would deliver a biased verdict on ongoing communal violence.

Last year the OIC condemned as “genocide” attacks by Buddhist mobs against the Rohingya in Rakhine State. The violence, which has continued to simmer and has escalated into attacks on Muslims elsewhere in Burma, resulted in the deaths of thousands – the bulk of them Rohingya – and the displacement of a further 250,000. After the outbreak, distressing imageswere posted on the internet of Rohingya victims who had been hacked to death or burned alive, their homes, businesses and mosques looted and destroyed.According to eye-witness reports compiled by international human rights agencies https://ihrc.org.uk/activities/campaigns/10705-myanmar-resources security forces not only failed to intervene to stop the massacre butjoined in the carnage, killing, raping and arresting the Rohingya.

The UN has described the Rohingya as one of the world’s most “persecuted” minorities.While theoriesabout the community’s origins arekeenly contested, often reflecting contrasting ideological positions on the issue, most historians accept that the Rohingya have been in Rakhine for centuries. Interestingly Myanmar’s view, restated in the government’s official report into the 2012 violence, is that the Rohingya are settlers, descendants of farmers led over during the British occupation of Myanmar (then called Burma) in the early 1800s. In the popular imagination to the Rohingya are regarded as interlopers who migrated from neighbouring Bangladesh.

This prevailing misconception is no accident – it hasbeen deliberately cultivated by civilian and military rulers in post-independence Myanmar to forge a national identity.

In the 1950s, the post-colonial civilian government of U Nu declared Buddhism the state religion. After the 1962 military coup, General Ne Win introduced a campaign of ‘Burmanisation’, based on an ultra-nationalist concept of Burmese purity that pitted native Buddhism against “foreign”religions, foremost amongst them Islam (incidentally the concept also excluded most of Burma’sethnic and religious minorities, many of whom have since been engaged in bitter struggles against the central governmentto preserve their identity).

Although many of Myanmar’s minorities can justifiably claim to be victims of state oppression, the Rohingyas are a case apart. In 1974 the Emergency Immigration Act removed Burmese nationality from the Rohingy as, making them foreigners in their own country. Four years later Burmese authorities launched a military operation to round up people it deemed were illegally residing in Burma. Thousands of Rohingya were thrown into jail, tortured, raped and killed. Within three months Operation Naga Min (Dragon King) had succeeded in terrorising 300,000 Rohingyain to crossing the border into Bangladesh to seek refuge from the atrocities.

This Rohingyas’ status as a stateless people was cemented in 1982 when a new Citizenship Law failed to include them among Burma’s legally recognised ethnic groups. Today the Rohingya continue to be subjected to systematic abuse and discrimination. Rape of Rohingya women by soldiers is so common it is safe to say it has become institutionalised. Extra-judicial killings, arbitrary arrests and torture are rife. The Rohingya are forcibly recruited to carry out labour for the military authorities in Rakhine; their property is routinely confiscated and they are subjected to extortion and arbitrary taxation.They even need official permission to leave their villages, even if it is for a few hours.

In order to marry Rohingya couples must seek official permission which is frequently denied. If they fail to register, and later conceive, the child is placed on a blacklist that bars him from attending school and marrying. Those whohave the money to bribe officials to approve the marriage must conform to a strict two-child policy applied exclusively to the Rohingya.

More recently, state oppression has given a green light to Buddhist bigotsintent on fomenting wider anti-Muslim hatred. Driven by what it sees as a secret master plan by Muslims to take over the country, the 969 movement – an ultra-nationalist organisation led by members of Myanmar’s much revered monastic class – has gained incredible traction in its attempts to persuade Buddhists to boycott Muslim businesses and avoid intermarriage.As the movement has grown so has the incidence of anti-Muslim violence. Most bear an uncanny resemblance – a minor localised flashpoint, sometimes a crime or insult or even a rumour of such, by a Muslim against a Buddhist, invites a massively disproportionate series of reprisals against the entire Muslim community.

The recent recrudescence of violence against the Rohingya in particular has cast a dark shadow over the former communist country’s attempts to present a democratic, more tolerant, image of itself to the world. Beginning with the release from house arrest of the pro-democracy leader Aung San Suu Kyi in 2010 the military junta that has ruled Burma as its own fiefdom since 1962 began enacting a series of reforms designed to demonstrate to the world that it was abandoning the authoritarian past and embracing democracy.

However according to political analysts, the changes have been little more than “window dressing” intended to project an image of liberal democratic reform while in reality, through skilful management and manipulation of the democratic process,  the generals continue to hold the reins of power. It is a process Andrew Wilson coined “virtual politics” in the context of the former USSR, by which the ruling powers put in place all the trappings of democracy such as elections and a seemingly free press but use “stagecraft” to make sure these mechanisms are used to legitimise their rule without threatening the status quo.

Myanmar’s pseudo-civilian government still holds effective power in Burma, notwithstanding the plaudits it has received from the West for ‘opening up’ the political process. The current President TheinSein was Prime Minister between 2007-2011. In 2010 he resigned his military post along with 22 other military officials to join the Union Solidarity and Development Party in time to contest the upcoming general elections, which the USDP went on to win unopposed.

Just as the generals’ reluctance to relinquish power is a sign of a sham democracy so is their continuing persecution of ethnic minorities, foremost among them the Rohingya. Last summer President TheinSein proposed that the Rohingya be resettled abroad or that the UN take responsibility for looking after them. He also told the visiting OIC delegation that he believed last year’s violence against the Rohingya was nothing to do with race or religion.

TheinSein’s statements about resettlement are particularly ironic given that his party courted the Rohingya vote in the 2010 elections in order to secure victory in Rakhine State. In 1990, Rakhine was one of only two states where neither the party of Aung San Suu Kyi, the National League for Democracy (NLD), nor the pro-military National Unity Party, prevailed. The state is populated mainly by Rakhine Buddhists and Rohingya in a ratio of 2:1.

Despite the fact that the 1990 election results were never honoured, the military dictatorship took steps in 2010 to ensure that Rakhine National Development Party didn’t win. It recruited several educated Rohingya from the capital Yangon to stand as USDP candidates, promising the indigenous Rohingya many benefits including citizenship and ID cards. It also undertook the unprecedented step of registering the Rohingya so they could vote. The ploy helped secure Rakhine for the USDP and also brought three Rohingya into Parliament, an act of tokenism intended no doubt to help deflect criticism of the community’s maltreatment.

If the ruling powers in Myanmar offer little hope of salvation for the Rohingya the forces representing progress and liberalism seem to offer few solutions either. In fact anti-Rohingya antipathy seems to run just as deep in Aung San Suu Kyi’s NLD. Not only has the NLD failed to condemn the persecution of the Rohingya, it has also refused to recognise that the community merits recognition as citizens, a status from which all other rights flow.

In an interview with GlobalPost last May, the Nobel Peace Prize Winner’s spokesman and confidante, Nyan Win, said that Suu Kyi herself had no plans to speak out against the persecution of the Rohingya. “She believes, in Burma, there is no Rohingya ethnic group. It is a made-up name of the Bengali. So she can’t say anything about Rohingya. But there is international pressure for her to speak about Rohingya. It’s a problem,” he said. When questioned about her position on the 2012 attacks on the Rohingya, Suu Kyi has tiptoed uncomfortably around the issue saying she condemns violence from all sides, implying some sort of equivalence between the aggressor and victim.

Last week’s UN resolution confirms thatthe denial of citizenship lies at the root of the Rohingyas’ plight. Their status as stateless persons has both created and institutionalised their persecution. However, Myanmar’s generals have also shown that they are susceptible to international pressure in their attempts to rejoin the international fold. Only political will stands in the way of the EU and US making Rohingya citizenship a sine qua nonof this admission.