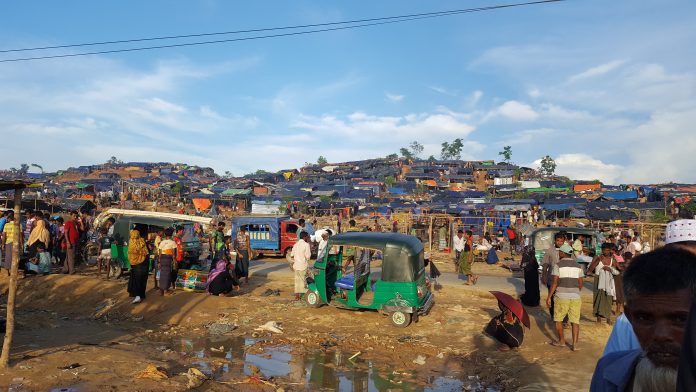 Five things to do and know: The Rohingya. Learn more and take action now.

DONATE to the Rohingya Fund.  Send what you can to assist the refugees in Bangladesh.

The Rohingya: Collecting Evidence of Crimes Against Humanity:

‘The Most Persecuted Minority in the World’ – The Genocide of the Rohingya : This report focuses on the way in which the international crime of genocide is being committed against the Rohingya with impunity by the state of Myanmar, in particular, its military. It also details how crimes against humanity are being perpetrated. The Islamic Human Rights Commission has collected evidence from Rohingya refugees in Bangladesh regarding atrocities committed on and around 25 August 2017. The report also considers the history of persecution of the Rohingya, contextualising the international crimes that have and are currently being committed.

Myanmar’s Muslims: The Oppressed of the Oppressed – Rianne ten Veen looks at the situation of Muslims in Myanmar (Burma) and discusses their plight within the human rights tragedy of that country.

This report seeks to bring the plight of Myanmarese Muslims to light and guide activists to relevant campaign groups, literature, news and organisations as well as encourage original, new and participatory campaigns. At a time when religion is being demonised and those professing faith – usually Islam – deemed fanatical and by extension worthy of ill-treatment, it is imperative that the cruelty and horror of religious hatred is acknowledged and its victims given due consideration.

VIDEOS OF PAST EVENTS:

IHRC AT THE UNITED NATIONS: