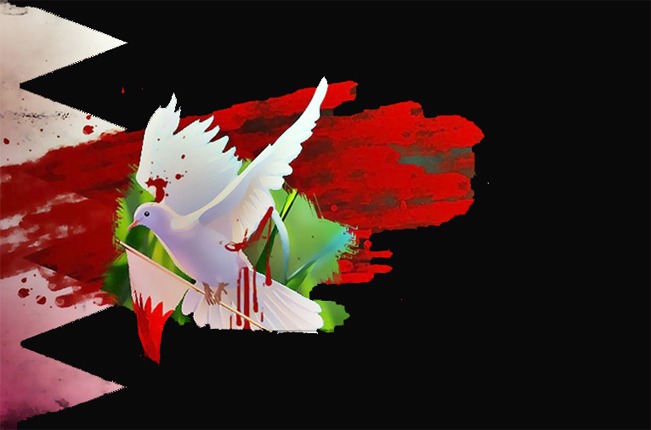 The Bahraini regime has been particularly quiet regarding Saudi military intervention in the country. It has been less quiet about alleged Iranian interference in the current uprisings, although it has struggled to come up with evidence to back this up. It has, unsurprisingly, resorted to portraying the uprising as sectarian in an effort to dismiss the unrest as Iranian in origin; rather than locating the political strife within its own political, social and economic inequalities.

The regime’s complicity in the recent Saudi-led invasion can be viewed as a reflection of its historic tendency of applying artificial measures to socially-engineer the country in order to best quell dissent. Of the country’s 1,039,000 population, approximately 512,000 (a massive 49%) are non-Bahraini [1]. Many of whom have been deliberately granted citizenship and jobs in an effort to distort the composition of Bahraini society towards an order which suits best the current monarchical regime. Recent reports of Bangladeshi migrant workers being forced to take part in pro-government rallies is a good indication of this strategy.

“We should view the regime’s decision to allow Saudi troops invade, suppress and murder Bahraini citizens within this context. It is a tactic which exposes the monarchy’s inability to exist within a Bahrain that has a political order based upon the will of its people. It’s preference for blaming outsiders whilst relying upon others to justify and secure its power, is indicative of a broader strategy of distorting the society and politics of Bahrain for decades. We should not be fooled by the regime’s attempts to hide this fact, or dress up the current Bahraini movement as ‘sectarian’.”