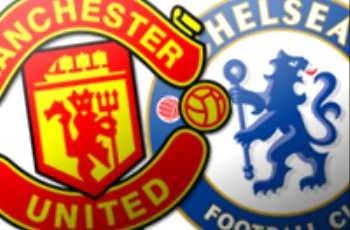 IHRC have written an open letter to key supporters clubs and trusts attached to Manchester United F.C., recommending that they request their club’s management to hold a one minute silence on 8th May 2011 to commemorate the murder of Bahraini teenager and Manchester United fan Sayyed Ahmad Saeed Shams.[1]

On 30th March 2011, Ahmad had been playing football outside of his home in the village of Sa’ar, Bahrain, when security forces shot the fifteen year old in the head. So far, Manchester United F.C. has remained coy about remembering young Ahmad with a minute’s silence, who died wearing the jersey of his favourite team.

“Football is said to be a game which transcends nationality, religion, ethnicity or politics. We expect Manchester United supporters to campaign for the remembrance of a fellow supporter, who was killed because of the murderous policies of the Bahraini regime.”

To whom it may concern,

Re: A moments silence before Chelsea match.

On March 30th, 2011, a fifteen year old boy and avid fan of Manchester United was shot dead by security forces in Bahrain. His name was Sayyed Ahmad Saeed Shams, and had been playing football outside his home in the village of Sa’ar when security forces and military personnel ruthlessly gunned him down.

Sayyed Ahmad Shams was unarmed, and did nothing to provoke such a brutal and lethal response. I am sure that as fans of Manchester United and football in general you will be outraged that any security service would kill a boy who was simply playing football outside his home in his favourite jersey.

Images of the young boy lying dead in the Manchester United shirt have provoked massive sorrow in Bahrain and the Arab world, during what is an immensely important juncture in the region’s future. The harrowing images have become a symbol of the aspirations of freedom which the Arab peoples wish to achieve.

We believe, as representatives of Manchester United supporters and fans, it is a duty of yours to show an awareness of the circumstances facing your supporters, whether this be regarding ticket prices or the tragic death of a fan.

In this regard, I would appreciate any efforts made by your organisation to pressure the club to organise a moments silence at Old Trafford before the 16:10PM kickoff on Sunday 8th May. This would mark 40 days since the teenager was murdered. The club has a good record of organising moments silence to commemorate tragedies which affect both Manchester United fans, and of humanity. We do not believe that the enthusiasm of the club, or fans such as yourselves, should be lessened by the fact that this tragedy occurred in a foreign country.

The boy’s family and the Arab world more broadly would welcome this gesture from the club as an indication of its commitment to promoting the game of football as a way towards peace, coexistence and dialogue. It would also be welcomed in promoting solidarity and an ethos of commonality amongst Manchester United supporters, and football fans worldwide.

Thank you for your time, and we look forward to your response on this urgent matter.