Press release: Genocide Memorial Day will be the biggest ever

Home
Statements
Press release: Genocide Memorial Day will be the biggest ever 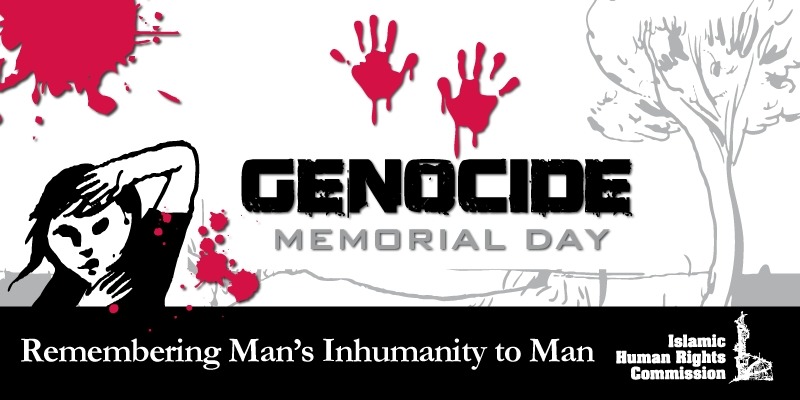 For the first time the annual commemoration will also be marked in Paris and Amsterdam.

It represents a major expansion for GMD which was developed to offer a more inclusive alternative to Holocaust Remembrance Day in that it commemorates all genocides past and present, irrespective of race, ethnicity or religion.

The theme this year is ‘Steps to Genocide’ and aims to draw attention to what societies can do to protect against genocide by being aware of the political, social and economic processes that precede all genocides and which provide an indicator of looming crises.

Indeed, the fact that GMD is taking place across cities in western Europe is itself evidence of the increasing awareness in communities of discrimination and oppression that leads to crimes against humanity.

Among the events planned in London is a conference featuring Michel Warschawski, founder of the anti-Zionist Alternative Information Centre and a founder and leader of the pioneering anti-Zionist socialist organisation Matzpen. Warschawski will outline the dehumanisation of the Palestinians that has been a necessary precursor to their oppression.

The subject is particularly poignant given that GMD is timed to coincide with the anniversary of the end of Operation Cast Lead, the brutal military attack launched by the Israeli army against the Gaza Strip at the end of 2008.

In Paris the programme will revolve around colonial domination recalling how colonial crimes including slavery, the slave trade and genocide are crimes against humanity by states which have never apologise for their actions. Along with Britain, France was once one of the world’s leading colonial powers with a modus operandi that was second to none in terms of its brutality.

In Amsterdam, the focus will be on racism and focus on how different elements within the anti-racism struggle can work together and develop a common agenda. It will also celebrate the the first year in operation of the organisation Slavery Online, an internet resource base for information relating to Dutch slavery. The Dutch transported hundreds of thousands of mainly African slaves to their colonial possessions in Latin America, slaves from what is now Malaysia and Indonesia to South Africa, and Indian slaves to to the East Indies.

Massoud Shadjareh, chair of IHRC, said: “I would urge that people concerned about xenophobic and racist oppression and the resistance to it come and participate with great minds, thinkers and activists as to how we can better understand the steps that lead to genocidal acts in order to resist them better in the future. Genocide is an issue that is a direct attack on humanity, and needs a rigorous response from all communities.”

3) The GMD events programme and more information is available at https://www.ihrc.org.uk/activities/projects/9928-introduction-to-gmd