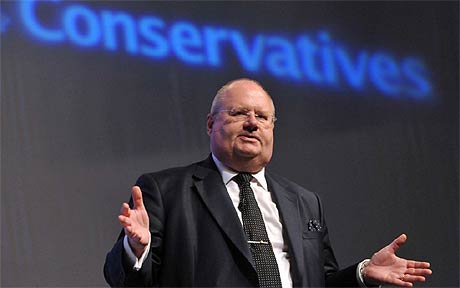 A letter sent to over 1000 Islamic leaders in Britain by the communities secretary Eric Pickles that they must do more to counteract religious extremism reinforces Islamophobic tropes.

The letter, which is signed by Tory peer, Lord Ahmad of Wimbledon, urges the leaders to use the recent attacks in Paris demonstrate more vigorously how faith in Islam can be part of a British identity and to face the challenges of integration and radicalisation.

“There is a need to lay out more clearly than ever before what being a British Muslim means today: proud of your faith and proud of your country. We know that acts of extremism are not representative of Islam; but we need to show what is”, says the letter.

The very fact that the government has singled out Muslim leaders as the recipient of these letters suggests to us that the government believes that Muslims are at best not committed to the fight against so-called religious extremism and at worst aiding and abetting the perpetrators.

In asking the leaders to help their charges define what it means to be both British and Muslim the letter panders to the Islamophobic stereotype that Muslims are inherently disloyal or less British than an assumed norm. In fact studies show that a greater proportion of Muslims identify themselves as British than other minorities.

IHRC also believes that expecting the Muslim community alone to conform to some vague and undefined concept of Britishness is setting a standard for it that is different from everybody else.

IHRC chair Massoud Shadjareh said: “Before the government starts preaching to people to subscribe to slogans about British values let us all sit down and decide what British values actually are. Without this, expecting the Muslim community to conform to an undefined notion of Britishness is fanning an Islamophobic agenda.”