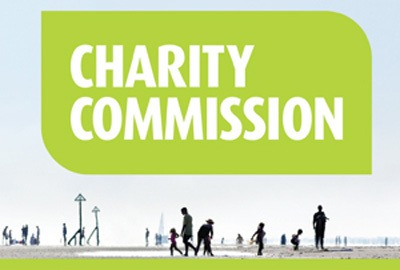 The government is seeking to furnish the Charity Commission, the regulatory body for British charities, with powers to prevent people with convictions for certain criminal offences ñ such as terrorism or money laundering ñ from being charity trustees and to disqualify people from being a charity trustee if the Charity Commission considers them unfit.

The laws were originally trailed in the government’s ‘Tackling Extremism in the UK’ report published in December last year and were widely criticised by IHRC and other Muslim organisations who saw them as a potential green light for the Commission to increase its taregting of Muslim-run charities on political grounds.

While the proposed legislation’s stated aim is to stem the flow of money and manpower to the current conflict in Syria, the reality is that the Charity Commission will have more teeth to harass innocent and law-abiding Muslim-run organisations. In 2010 the Commission launched an inquiry into the prominent Muslim charity Muslim Aid after complaints from pro-Zionist quarters that it was channelling funds to a Palestinian group which Britain has designated a terrorist organisation. The Commission found no evidence to substantiate the allegations.

In the preceding years the Charity Commission launched no fewer than three separate inquiries into the Muslim-run Interpal whose work is dedicated to alleviating the plight of Palestinians in the Occupied Territories and in the Palestinian diaspora. On each occasion it found no evidence to implicate the charity.

IHRC believes that given that the governmentís definition of extremism now incorporates a latitudinous range of beliefs and behaviour, it will allow the Commission to target a larger number of charities, simply on account of the religious and/or political beliefs they or their partner organisations appear to hold.

Another recent appointment Tony Leifer is a member of the Executive Committee of the Board of Deputies for British Jews ñ a major player in Britain’s Israel lobby. The BoD runs a campaign called “Speak Out For Israel!”, which promotes Zionist Federation events, and has organised rallies to defend Israel while the country conducted indiscriminate and deliberate attacks on civilians.

The chair of the Commission William Shawcross is himself renowned for his extreme anti-Muslim views. Shawcross supported the Iraq war and is friendly with American neoconservatives, has defended Guantanamo Bay as ‘model justice’. He is a director of the Henry Jackson Society ñ itself a registered charity – which is known for its virulent anti-Islamic members and views, In the hard-right National Review in 2010, Shawcross penned a vicious attack on Labour for being ‘in awe of Islam’.

An IHRC spokesman said: “These appointments all show that the ground was laid a long time ago for the Charity Commission to be turned into an instrument of oppression against certain sections of society who hold opposing views to those of the government. It is highly ironic that the head of the Commission and board members such as Leifer epitomise the same divisive forces that David Cameron claims to be trying to eradicate with these new powers.”