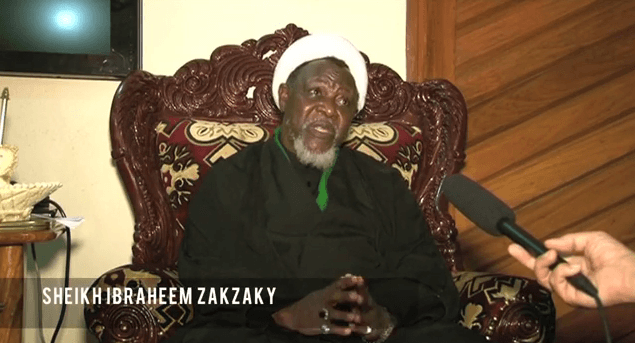 A documentary programme exploring the circumstances surrounding the massacre of dozens of civilians during an Al-Quds demonstration last July has just been released.

Compiled by a fact-finding team from the IHRC which visited the country shortly after the massacre, ‘The Zaria Massacre’ is the first video documentary to attempt to unearth the reasons behind the gruesome killings.

Based on the testimony of eye-witnesses including demonstrators, bystanders and medical professionals, the video documents how on Friday 25 July, a peaceful demonstration in support of the Palestinians was without provocation brutally attacked by the Nigerian military. A total of 34 people were killed, with some dying in custody after being savagely beaten.

Using footage shot live by eye-witnesses the video shows unarmed protestors being gunned down in the street. It also documents how that many of those arrested died in military custody. Reports indicate that some demonstrators were taken into detention alive and well and later emerged dead with signs of torture on their bodies. Others who were injured were detained for hours and brutalised before being allowed to seek medical treatment.Bystanders were among those killed in the violence.

Among those killed were three sons of Sheikh Ibrahim Al-Zakzaky, a fierce critic of political corruption as well as the so-called Boko Haram movement.

The march in Zaria was one of over 20 Al-Quds Day processions that took place in towns and cities across Nigeria. Al-Quds Day has been observed peacefully in Nigeria over the last 33 years under the leadership of the Islamic Movement in Nigeria, a mass movement led by Sheikh Zakzaky.

The video contains testimony from Sheikh Zakzaky that a special unit of Nigerian soldiers was dispatched to Zaria on the fateful day with the precise objective of killing protestors on the march. He believes that the attack was planned in conjunction with Israel in order to strike a blow to the heart of the Islamic Movement.

Shockingly, the massacre has not yet been investigated by the Nigerian authorities.

The video is available to view online at: https://www.youtube.com/watch?v=BeUH9yDx1X0

The report from the ground can be viewed here: https://ihrc.org.uk/publications/reports/11219-nigeria-report-the-zaria-massacres-and-the-role-of-the-military