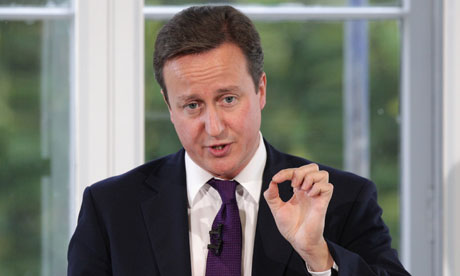 The Islamic Human Rights Commission notes the worrying development reflected in comments recently made by Prime Minister David Cameron, as part of his speech on immigration, that UK citizens earning less than £20,000 post-tax should be disallowed from bringing their wives and families into the country. This constitutes a continuation of earlier pronouncements made by Cameron that seem intended to pander to populist extreme right wing sentiment and hence may herald the return of old fashioned racism into the political mainstream.

There are adequate provisions currently in place to ensure that citizens wishing to resettle their families in the UK are in possession of sufficient resources to support them. To imply that such provisions must be further extended for those earning less than £20,000 post-tax, on the grounds that they are therefore potential burdens on the national welfare system, is at odds with the fact that the median post-tax household income in the UK is about £20,000, which would mean that close to 70% of all people getting married are, according to Cameron, likely to end up on welfare.

“It is both shocking and unsettling to hear such comments being made by the leader of a party that claims to pride itself on standing for family and the institution of marriage and calls for it to be strengthened.

“The Islamic Human Rights Commission has already been dealing with cases in which people with solid incomes have been struggling for over two years to bring their wives and children into the country, so we can barely imagine how much worse this can become if Cameron’s comments are to be taken seriously.”