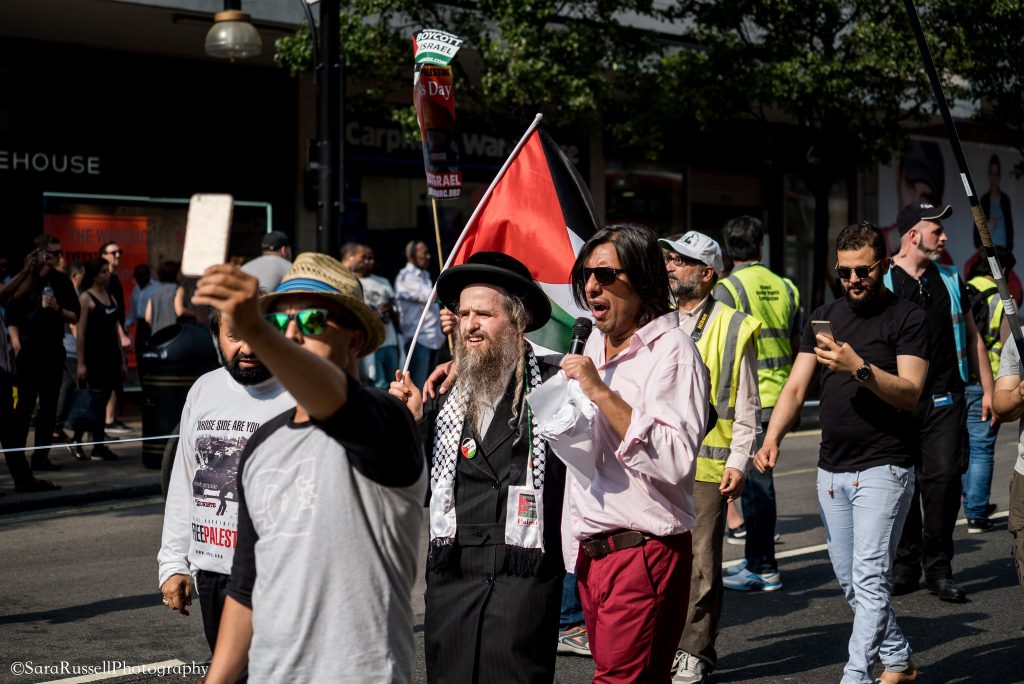 Nazim Ali’s comments found to be offensive but not anti-Semitic under the IHRA definition.

A pro-Palestine campaigner has narrowly avoided losing his livelihood after partially prevailing in his fight against the General Pharmaceutical Council (GPhC) to have him disciplined for anti-Zionist remarks he made against during a 2017 rally in London.

The regulatory body for pharmacists opened misconduct proceedings against Nazim Ali after a complaint made by pro-Israeli campaigners that comments he made condemning Zionists and supporters of Israel were offensive and amounted to anti-Semitism.

Adjudging the comments made by Mr Ali to be offensive but not anti-Semitic the GPhC issued him with a warning on the grounds that his words were offensive and his behaviour amounted to misconduct.

The judgment against Mr Ali’s comments being anti-Semitic mirrors a decision by the Director of Public Prosecutions that the comments were robust and strident legitimate political speech and an affirmation of that decision by the High Court in December 2018 which dismissed a judicial review brought by the Campaign Against Anti-Semitism to challenge the DPP.

After the High Court decision, a GPhC caseworker reviewed the complaint and held that Mr Ali’s comments were not racist. In December 2018 lawyers acting for Mr Ali were informed that the case was closed.

However, in the summer of 2019, the GPhC reopened the case justifying its decision on the basis that it had to evaluate Mr Ali’s comments on the basis of the International Holocaust Remembrance Alliance definition of anti-Semitism. Like many organisations, the GPhC has never adopted the problematic definition.

Had he been found guilty of anti-Semitism, Mr Ali, a lifelong anti-racism campaigner, faced being struck off by the GPhC as a racist according to a highly politicised definition which many argue seeks to protect Zionism and Israel by conflating opposition to both with anti-Semitism.

After the 2018 High Court victory, the GPhC proceedings against Mr Ali represent a setback for pro-Palestine campaigners in that it sets a dangerous precedent according to which they stand to be disciplined by professional regulatory bodies according to a problematic standard that those bodies have never adopted and for political activities carried out outside their members’ professional lives. Needless to say, this constitutes an unacceptable impediment to freedom of expression and association.

IHRC Chair Massoud Shadjareh said: “We are glad the GPhC fitness to practice committee understood that Mr Ali’s comments, in their proper context, were not and could not be considered anti-Semitic by a reasonable person. Free speech on Palestine is critical, and we should not allow supporters of Israel to silence us.”