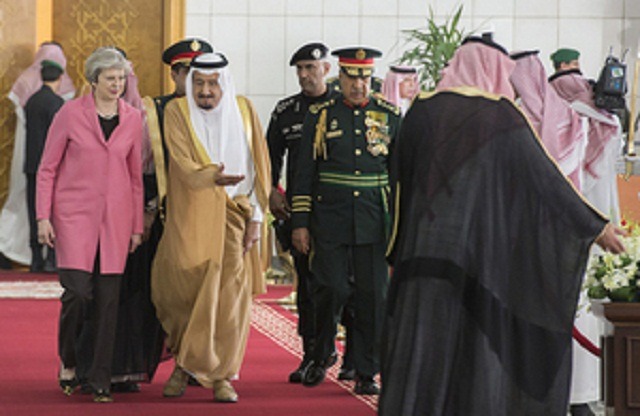 IHRC is deeply dismayed by the high court ruling today clearing the way for the British government to continue supplying arms to Saudi Arabia despite evidence that their use is violating international law by deliberately killing and maiming innocent civilians in the war in Yemen.

Campaign Against the Arms Trade (CAAT) launched the high-profile judicial review of the government’s decision to continue granting weapons export to the country despite widespread concern over the civilian death toll of the Saudi-led campaign against its southern .

Today’s verdict that the Saudi-led coalition has not deliberately targeted civilians flies in the face of a growing body of evidence that Riyadh is routinely violating international law in its military involvement Yemen.

The UN estimates conservatively that more than 10,000 civilians have been killed and 40,000 wounded in the war in Yemen. In the country, which was already the Arab world’s poorest, nearly 19 million people – 80% of the population – are in need of humanitarian aid, and more than three million have been displaced.

In September 2016 IHRC wrote to the British PM Theresa May demanding she stopped arms sales to Riyadh following another damning report accusing the Middle Eastern regime of using the weapons to commit human rights abuses in Yemen.

The draft report by the Committee on Arms Exports Control said it was likely British weapons had been used to violate international law. The European Parliament and the House of Commons International Development Committee have both recommended an arms export ban.

A 2015 report by IHRC concluded that the Saudi-led coalition has committed war crimes in Yemen. The coalition forces have done very little to distinguish between military and civilian targets, with the Yemeni civilian population representing the main victims in the conflict.

The report made clear that all state parties must be held accountable for the human rights violations committed against civilians, in respect of the obligations imposed by the Fourth Geneva Convention and the two Optional Protocols on the conduct of in a non-international conflict.

Through this war in which thousands have killed or wounded and hundreds of thousands displaced, the Yemeni people’s political aspirations have been silenced, as well as their legitimate right to put an end to a dictatorship.

The letter to Theresa May can be read in full here

IHRC’s report on the legality of the Saudi-led campaign in Yemen, “The War in Yemen: Sacrificing Human Rights in the Name of an Illegitimate War” can be viewed here