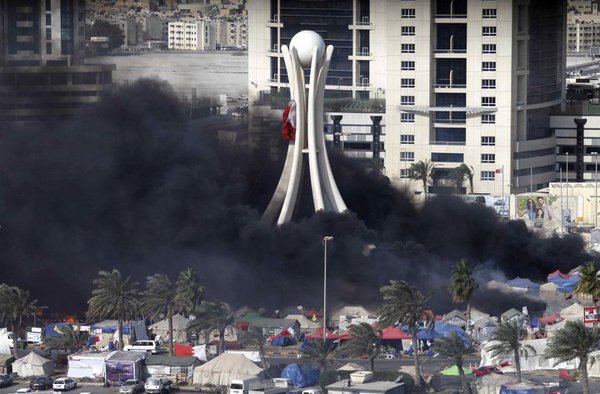 Even the Arab League has been cajoled into tabling resolutions against Libya. Yet the systematic use of brute and deadly force against unarmed citizens in Bahrain goes without serious condemnation or action.

“We do not need another reminder that Western intervention in the ongoing revolutions in the region is based on self-interest not concerns for justice. We face a situation where nerve gas has been used against Bahraini protestors, and the country has effectively been invaded by Saudi Arabia, yet there is not a whimper of condemnation.

“It is imperative that civil society educate itself quickly over the relevant issues in Bahrain and provide all possible support to those struggle to defend justice.”
IHRC has published background reports, briefings and findings of observer missions[1] to Bahrain. It works with several civil society groups[2] in Bahrain, all of whom have been targeted by the authorities both prior to the February 14 protests until today.

Report of the Trial Monitor in the Ma’ameer and Adary Park Cases, Bahrain, 2010 by Abed Choudhury