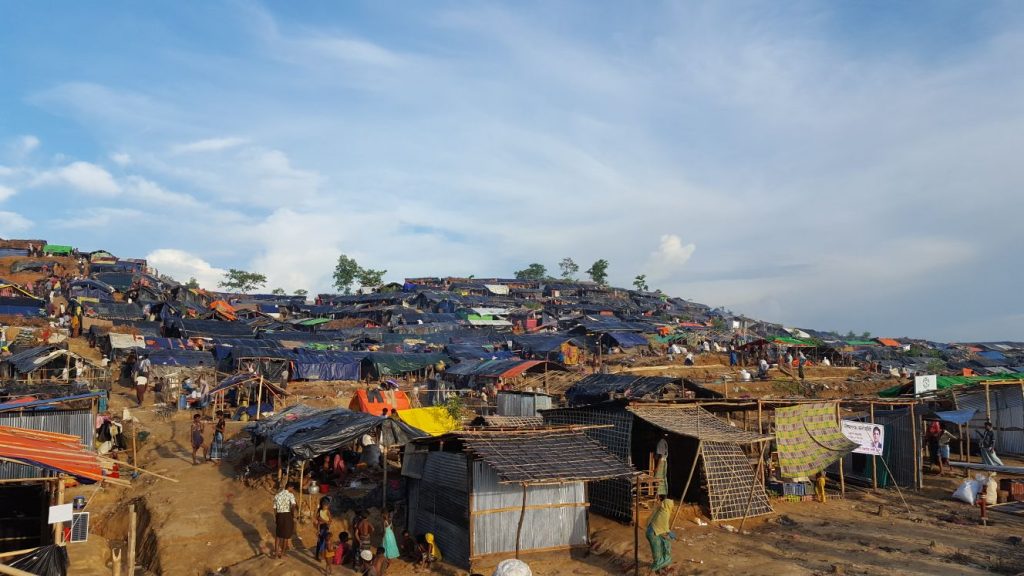 The government of Myanmar should be charged with genocide and crimes against humanity over its maltreatment of the Rohingya population according to a hard-hitting report published today by IHRC.

Based on first-hand accounts of the atrocities suffered by the Rohingya in and around 25 August 2017, the report presents a compelling case for bringing Myanmar officials before the International war Crimes Tribunal in the Hague.

Of the 22 individuals interviewed by the IHRC, 19 said that they had relatives or knew people who had been either killed or seriously injured by the Myanmar military. One interviewee estimated the death toll in his own village at more than 400 people. Another interviewee mentioned his mother being burnt alive, while another mentioned her father being shot dead. Others reported people being killed in mine blasts or being beheaded by the military. Three of those interviewed stated that women in their villages had also been raped.

These accounts chime with evidence collected by other human rights organisations which detail widespread and unlawful killings as well as rape carried out by the Myanmar security forces, at times with the support of vigilante mobs in their execution of a scorched-earth campaign.

IHRC’s report finds that the three legal elements required to bring a prosecution under the charge of genocide are all present in the case of the Rohingya. Firstly they are a national, ethnic, racial or religious group. Secondly the acts committed by Myanmar against the Rohingya such as killing, forcible transfer, and preventing births constitute genocide. And thirdly that the actions of Myanmar demonstrate a clear intent to destroy in part or in whole the Rohingya minority.

We welcome the ICC decision last week to give authorities in Myanmar until July 27 to respond to a request for the ICC to exercise jurisdiction over the alleged crimes. Although the court has no jurisdiction in Myanmar since it is not a member state of the international tribunal, it argues that the crossing of hundreds of thousands of Rohingya into neighbouring Bangladesh, which is a party, means the tribunal could seek powers of jurisdiction nonetheless.

Nearly 700,000 Rohingya have fled Myanmar to Bangladesh since August 2017 and the UN Commissioner for Human Rights has called the Rohingya crisis “a textbook example of ethnic cleansing”.

IHRC’s report recommends that the UN Security Council refer Myanmar’s actions against the Rohingya on and around 25 August 2017 to the ICC Prosecutor in accordance with Article 13(2) of the Rome Statute since it is evident that Myanmar is unwilling and unable to investigate the crimes itself.

The full report can be read here