Press release: US has blood on its hands over Egypt death verdicts

Home
Press Releases
Press release: US has blood on its hands over Egypt death verdicts 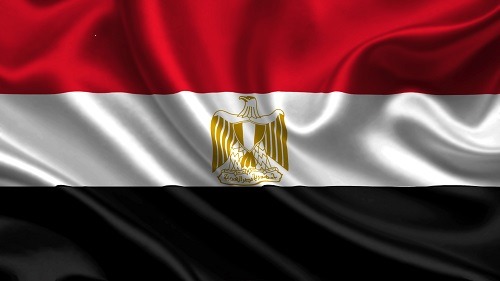 The decision by an Egyptian court today to sentence 529 members of the Muslim Brotherhood to death in an ongoing crackdown by the military regime in Cairo is a damning indictment of the US and Saudi Arabian policies in the region.

A court in Minya handed down the sentences against the defendants for their alleged role in riots last August following the bloody dispersal by authorities of protest camps in Cairo set up by the Muslim Brotherhood to oppose the military coup and ousting of Egypt’s first ever democratically elected president Mohammed Morsi.

Since the coup, the military regime has turned the screw against the Muslim Brotherhood, Egypt’s single most popular political movement, outlawing it as a terrorist organisation and rounding up hundreds of its – and other opposition groups’ – leading figures in an attempt to eliminate all political opposition. Many of them have been subject to cruel, inhuman or degrading treatment and even torture, especially by members of the country’s Interior Ministry.

IHRC is shocked but not surprised that Egyptian authorities have decided to prosecute opposition members of the opposition but has so far not brought a single member of the security forces or supporter of the regime to account for the storming on 14th August of two protest camps at al-Nahda Square and Rabaa al-Adawiya Mosque. According to the Muslim Brotherhood some 2600 protestors were killed in Rabaa al-Adawiya alone. Eye witness reports and TV footage document the use of excessive force and live rounds by security forces against the largely unarmed protestors.

The lack of accountability of state officials under the current administration and the lack of independence of the Egyptian judiciary also makes fair trials impossible. The mass trial of the 529 defendants in Minya took place over just two sessions amid complaints from defence lawyers that they were not being allowed to present their clients’ cases. Today’s sentences are likely to be followed on Tuesday by the mass trial of another 700 Brotherhood supporters.

Earlier this month IHRC made a submission to the United Nations Universal Periodic Review of human rights citing the continuous and routine nature of human rights abuses in Egypt following the coup d’etat (Click here to read full article).

IHRC chair Massoud Shadjareh said: “It makes a mockery of US policy, and particularly Obama’s speech in Cairo in 2009 at the start of his presidency in which he pledged to forge a new beginning between the US and Muslim states based on ‘principles of justice and progress; tolerance and the dignity of all human beings.’ The US’ continuing support for military dictatorships shows that nothing has changed. As long as oppressing people is in the interests of the US, Israel and Saudi Arabia it remains business as usual.”