Promises in an Israeli prison 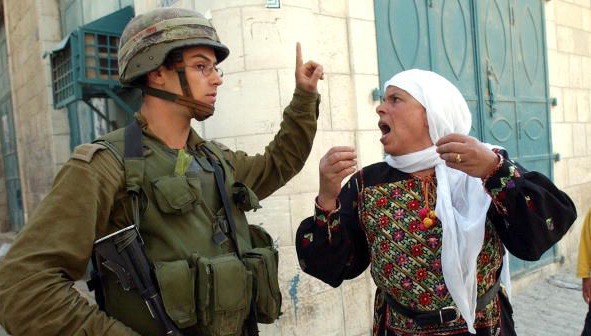 Facebook
Twitter
LinkedIn
WhatsApp
Email
The man in the blue uniform of Israel immigration authority pointed to a slot in a machine where people had their finger prints taken for some administrative purposes. He was probably losing patience, his voice rising above the din in one of the halls of the women’s prison in Bersheva in the south of the Israeli-occupied Palestine.

“I did not enter Israel. I did not come here by choice. Your soldiers kidnapped and brought me here by force,” I replied, amazed, even as I was speaking, that I had the strength to be this calm.

“Are you refusing to do this?”

“You must do it!” The man was shouting now, the veins in his neck bulging. He then turned to another man, quite likely his superior, and talked rapidly in Hebrew. The second man approached me, still standing in front of a digital camera installed on the top of the machine.

“Look, this is only for ID purpose. Just place your finger there,” the second man tried to reason with me.

“You have taken my picture, you have taken my passport, what else do you need? How do I know that you won’t be using my finger prints for some other purposes, to follow my movements?” I was becoming even more obstinate.

“I promise you that we won’t use it to follow you around”.

I had to laugh at that. “Your soldiers killed people. Now you are making a promise.”

“I have just travelled to some countries including Thailand, and I had to give my finger prints even there,” he said again, his voice was now rising.

“You travelled. I was kidnapped.”

Before the second man could say anything again, I scooted off towards the dozens of lawyers who had just come into the prison, presumably in response to the international uproar over Israel’s raid on the Freedom Flotilla to Gaza on Monday, June 1, just after the Fajr prayer.

I grabbed hold of one of the lawyers and rapidly told him about what was happening. He then strode over to the desk, talked in Hebrew, and then said to me, “It’s only for ID purpose, but you can say no,” before going away to his other client.

The first man began shouting abuse at me again. His superior, clearly exasperated, again tried to reason with me. “I promise you. I promise you. Just place your finger there.”

“Dotan Smith. My name is Dotan Smith. I promise you that this is only for recognition purpose,” the second man said.

I was tired — I hadn’t slept for two nights, and it had been less than two days since we were attacked by the Israeli commandos. I and hundreds of other participants of the Freedom Flotilla to Gaza onboard the Mavi Marmara aid ship to Gaza had been the target of indiscriminate shooting.

We had to watch our friends being killed and maimed before our eyes, and when the Israeli commandos had taken over the boat, we had been searched, our possessions confiscated and ransacked.

We had been prodded and kicked at, we had been handcuffed, brought to the upper deck and left to fry in the Mediterranean sun for hours and hours.

We had had Uziz, M16, MP, pistols pointed at our heads by soldiers who were armed to the teeth, even as they shouted abuse at us. We had been brought to Port Ashdod where huge tents had been erected, and we had been made to go through desks where officers processed our papers.

We had been mocked at and ridiculed when we refused to sign a statement that said we had entered Israel illegally so we either had to go to prison or be deported. We had been transported by prison vans to Bersheva in the south of Palestine occupied by Israel, and detained there where we had been desperate because we could not contact our loved ones.

So I placed my forefingers in the machine slot and endured the smug look at the first man’s face. I then ran back to cell 305 that I had been sharing with three Western women: one hard-swearing Australian journalist, a young activist from the Netherland whose arms bore bruises after she was tasered, handcuffed and her head bagged, and a long-haired, soft-spoken Free Gaza activist who chain-smoked and refused to wear the towels, sweat-shirts and T-shirts, socks and male underwear that the prison wardens gave us.

I had told the three women that what we had undergone was nothing compared to what the Palestinians have had to endure for the past 63 years.

“True. This is what the Gazans have to endure day in, day out,” Anne of the Netherland said.

I was grateful that the cell was then empty. I sat on my bunk-bed in search of solitude, before raising my hands to the sky as I prayed. “O Allah, nahnu mazlumuun. We are oppressed, violated, terrorised. Your Messenger Sallallahu ‘alaihi wa sallam has promised there will not be anything between the prayers of the oppressed and You. Your promises are true. Rasulullah’s promises are true. So please O Allah, hear my prayers…”

For the first time since the ordeal began, two hot tears came into my eyes, as I supplicated for all things that mattered most to me. The safety and integrity of my faith. The protection from Allah’s wrath. The liberation of Al-Quds. The freedom of Muslims in Palestine and elsewhere and the destruction of the oppressors…

By: Santi Soekanto, THE BRUNEI TIMES