Home
Campaigns
Rohingya
Rohingya Photo Diary: ‘The Most Persecuted Minority in the World’ 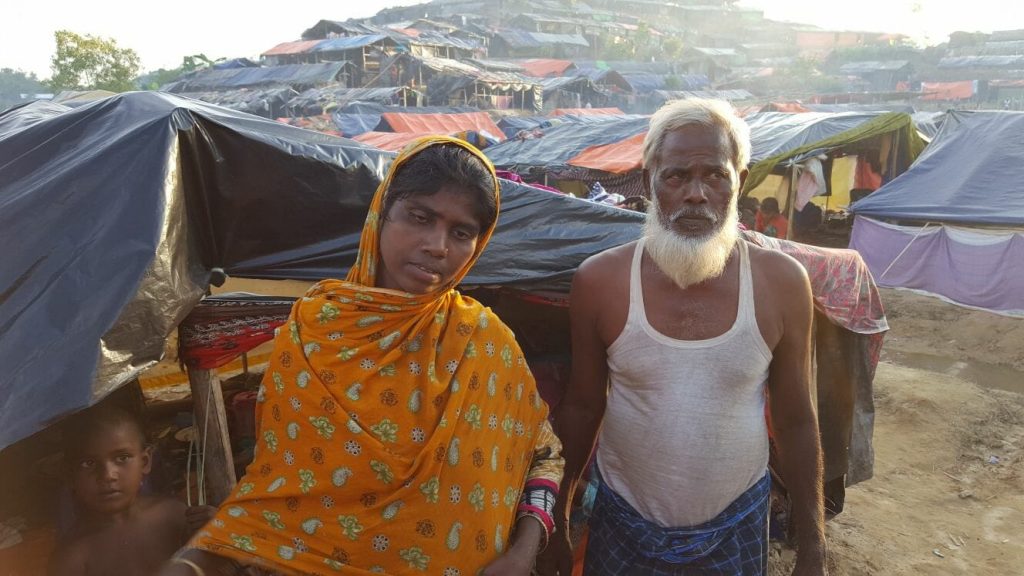 IHRC’s newly released report charges Myanmar with genocide against Rohingya. Based on first-hand accounts of the atrocities suffered by the Rohingya in and around 25 August 2017, the report presents a compelling case for bringing Myanmar officials before the International war Crimes Tribunal in the Hague. Click here to read the report

This photo diary is a just a glimpse into the lives of those who are currently fleeing death and persecution: 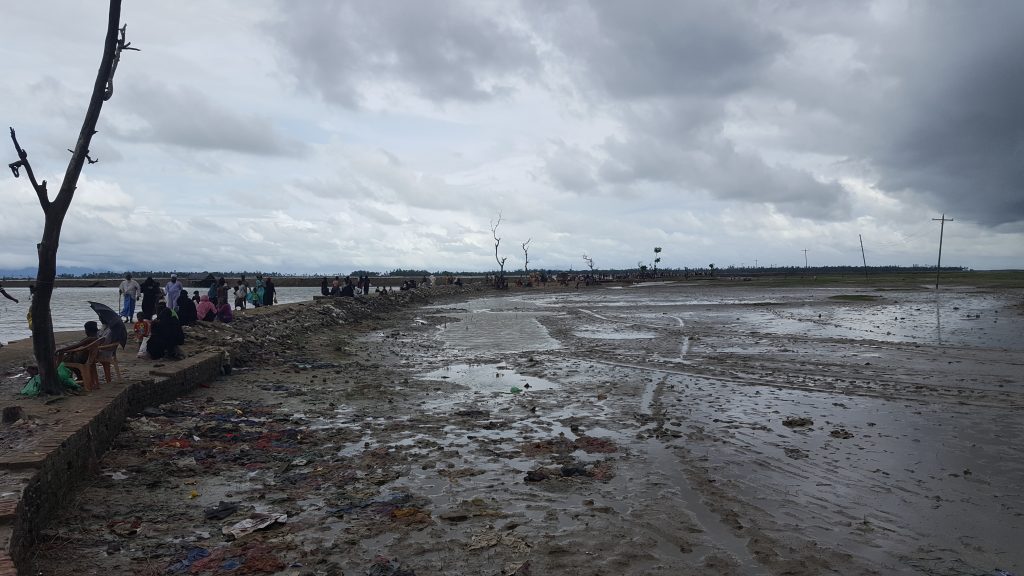 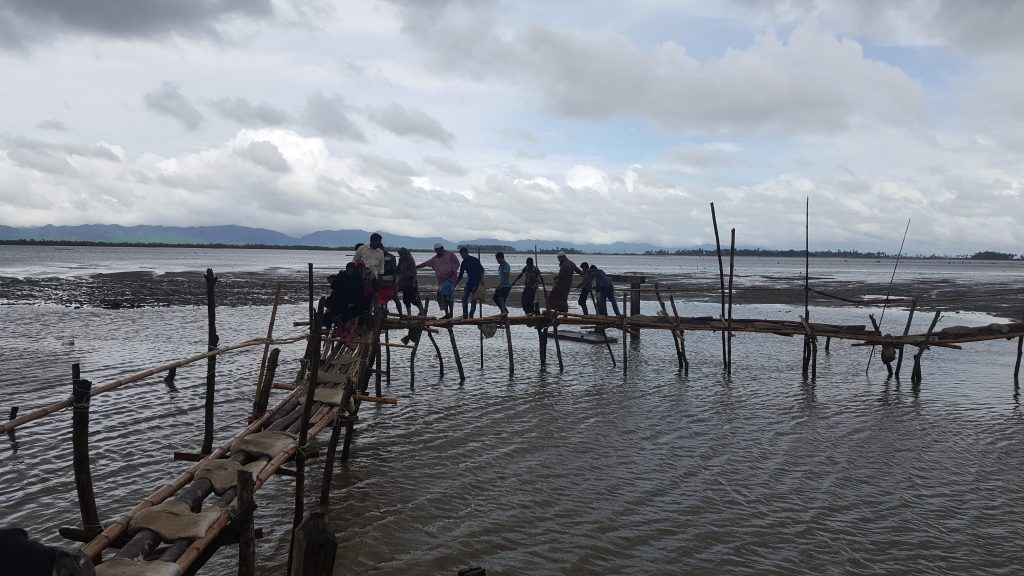 Zero point is a term generally used to mean the points in the Bangladesh border with India or Myanmar where people enter via road or river. In Teknaf ‘point zero’ has come to refer to the border regions where the refugees land / cross over. Most refugees would have attempted to cross over at Teknaf as that would be their first opportunity to enter Bangladesh, albeit by crossing the Naf River. Others attempt to cross over the land border further north. Both land and river crossing are perilous and many have drowned in the river or been killed / injured by land mines.

On the day these pictures were taken, several boats were reported to have capsized due to the bad weather, killing up to 60 people.

Once the Rohingya enter in to Bangladesh they are taken for registration before being taken to one of refugee camps in Cox’s Bazaar. 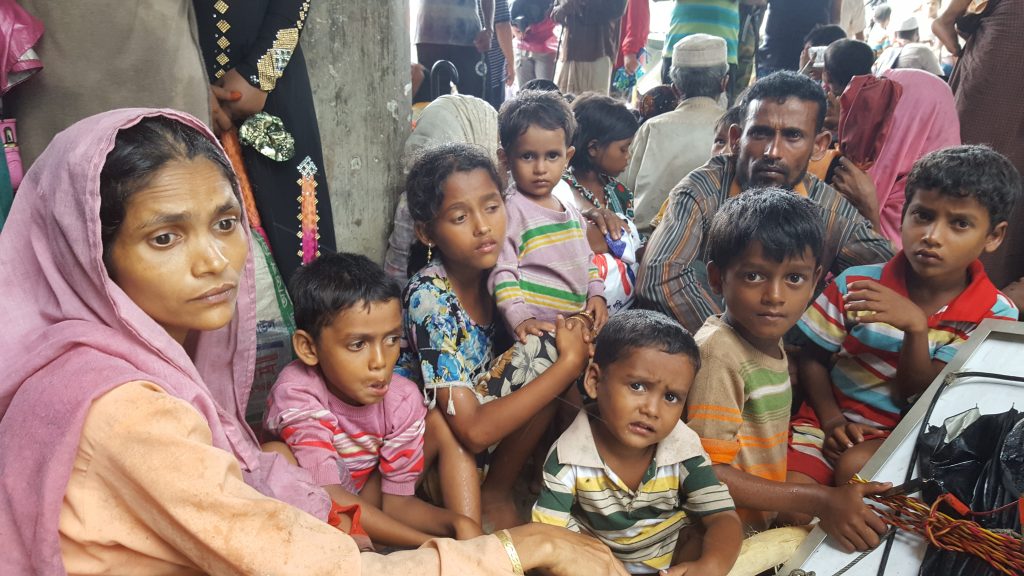 This newly arrived Rohingya family wait to register their name before being taken to one of the camps. 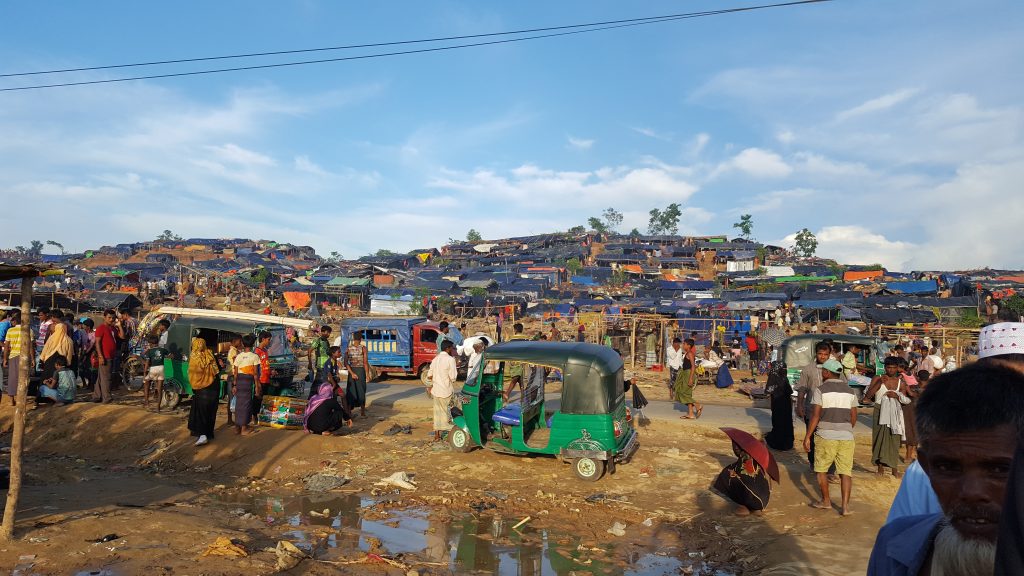 The camps are over crowded and the humid heat makes the conditions extremely difficult. NGOs are working hard to provide adequate sanitation, but risks of outbreaks of various waterborne diseases remain high. Security in the camps for women and children in camps is a major problems. Violence and kidnappings have been reported. 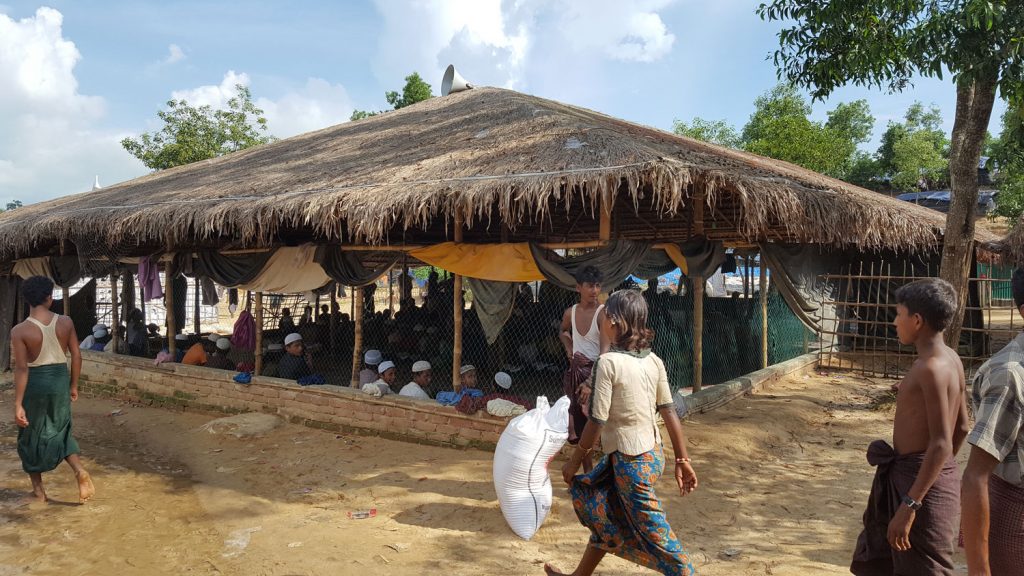 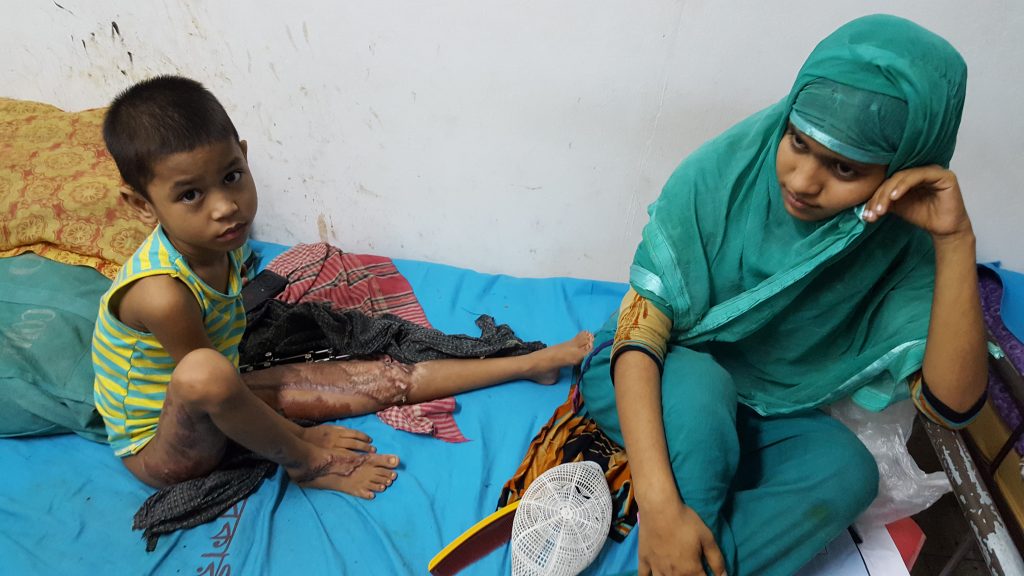 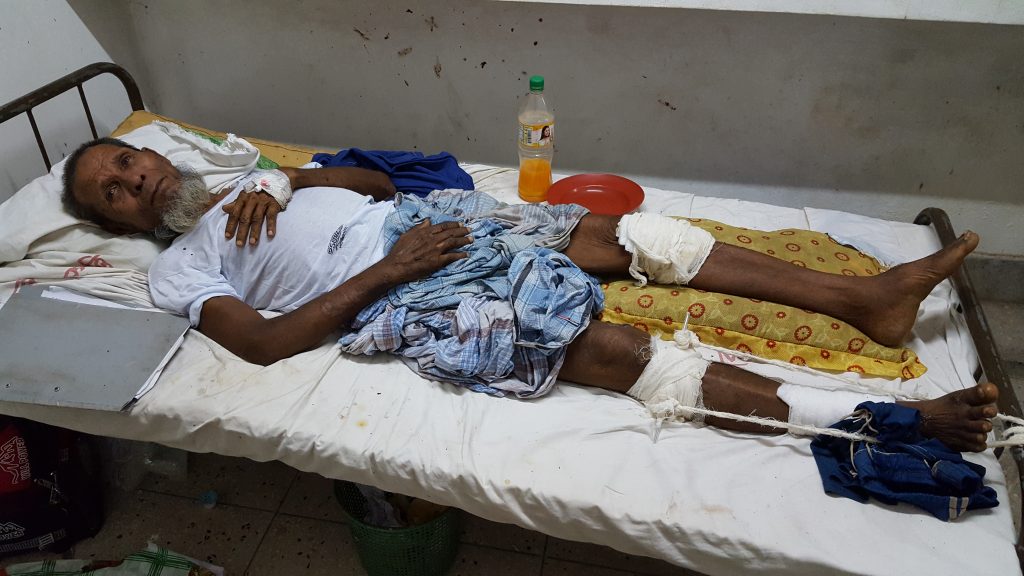 Shrapnel from a landmine explosion, left between the border between Myanmar and Bangladesh by the Myanmar Army, shattered this mans leg bones. 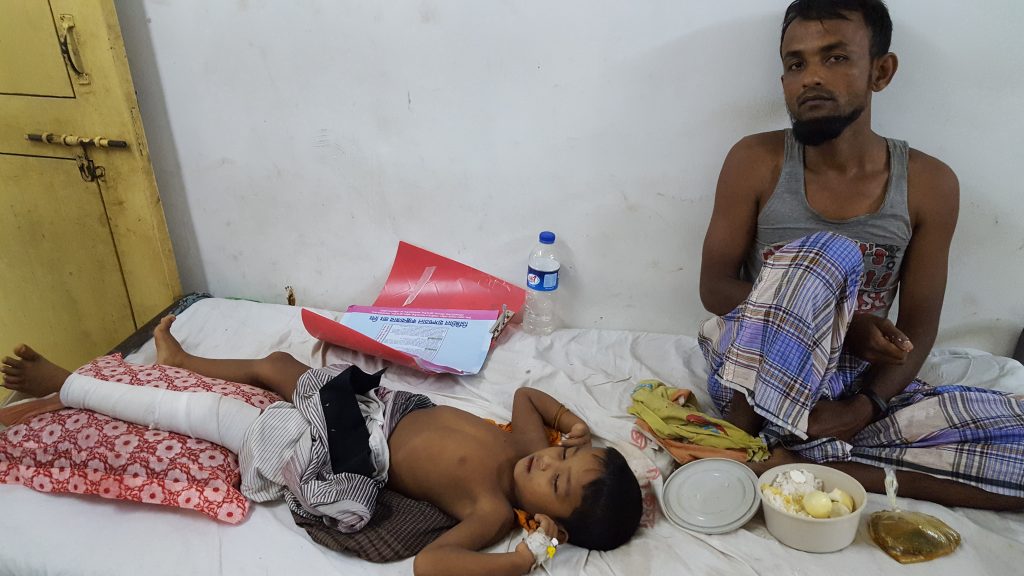 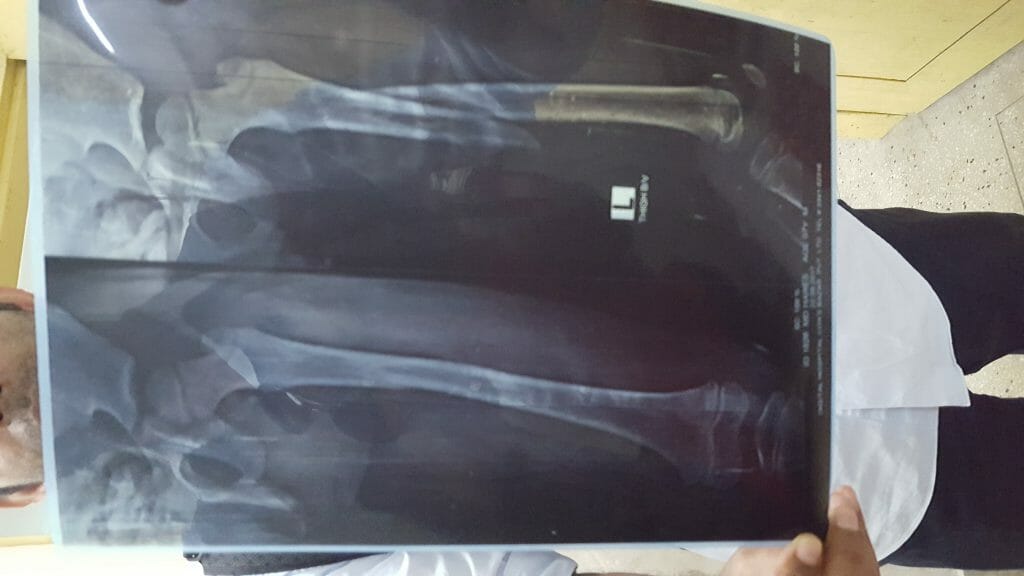 Victims of the Myanmar Army’s violence.

Those who we interviewed said that they had relatives or knew people who had been either killed or seriously injured by the Myanmar military. One interviewee estimated the death toll in his own village at more than 400 people. Another interviewee mentioned his mother being burnt alive, while another mentioned her father being shot dead. Others reported people being killed or injured in mine blasts or being beheaded by the military. Many of those interviewed stated that women in their villages had also been raped.

We also received disturbing testimonies that army officers would beat young children before stamping on their legs to break their leg bones. This was done to make the escape more painful and dangerous.

Read IHRC’s Report: ‘The Most Persecuted Minority in the World’ – The Genocide of the Rohingya