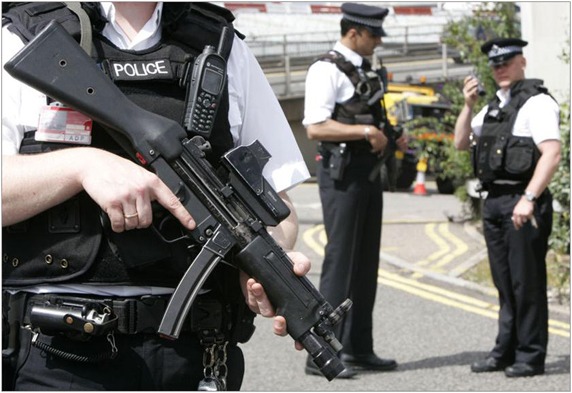 IHRC is deeply concerned with new Home office figures showing continued discrimination in the application of Schedule 7 against ethnic minority groups [1]. The figures for 2010/11 show that the targeting of Asian/African people under Schedule 7 has in fact increased.

After repeated requests for information showing ethnic breakdown of stops under Schedule 7 by human rights groups, the home office released these figures for the first time in 2010. The figures confirmed what human rights groups had been complaining about since the introduction of Schedule 7; the disproportionate targeting of Asian and black communities.

Figures for 2009-2010 showed a disproportionate targeting of people from Asian and African backgrounds. The figures showed that where people were stopped and held for under an hour, the ethnic breakdown was: white people, 45% of stops; Asian people, 25%; black people, 8%; other ethnicities, 22%. The discrimination against ethnic minorities became glaringly obvious when you look for people who were stopped and questioned for over an hour. White people made up 19%, Asian people 41%, black people 10% and others (including Middle Eastern and Chinese) 30%. Even though Asians make up 5% of the UK population, black people 3% and others 1%. White people make up 91% of the population.

The figures for 2009-2010 and 2010-2011 do not show the whole picture. They mask the numbers of Muslims being stopped under Schedule 7 and if flights from specific countries are being targeted. The category of “Chinese or any other ethnic background” is also extremely misleading. This heading can cover Muslims who are not categorised as Asian or black e.g. Arabs, Indonesians, Iranians, Kurds etc. This category makes up for 17% of all those stopped. Yet by combining multiple national and ethnic groups under one heading, we are unable to determine the ethnic/national origins of the people under this heading and make clearer assessments regarding racial as well as religious profiling.

Targeting of the Muslim Community

The figures indicate that the police are targeting people who are perceived to be Muslim. This despite a recent Europol report stating that the vast majority of terrorist acts in Europe are perpetrated by people of European ethnicity, promoting various secular causes.
The argument that the police are targeting Muslims, or those perceived as Muslim was recently given weight by the employment tribunal of former Detective Constable Kevin Maxwell. Mr Maxwell told the tribunal:

“In order to keep up their stop figures my colleagues would attend the UKBA [UK Border Agency] desk when unstaffed and take a handful of landing cards that had been filled in by passengers who had long gone,” he told the tribunal at Reading, Berks.

“My colleagues would then sift through the cards they had taken, looking for passengers with what they considered obvious non-white names including Arabic and African sounding names.[2]

“These passengers would then be processed by the information from the landing cards being put into a police database as if they had been stopped”.[3]

The issue of disproportionate targeting of ethnic groups is made worse when you consider the Muslim community’s reports of Schedule 7 stops. The IHRC has received reports that officers routinely refuse to identify themselves or the fact that it is a Schedule 7 stop, they are aggressive and rude. They ask deeply personal and irrelevant questions that have no bearing on national security: from intimate details of a person’s private relationships to what are their views on arranged marriages to who did they vote for and what are their views about democracy. In recent times we have had reports from people going to Libya that they have been questioned about the recent upheaval there. From what they were visiting Libya for to what they thought about Gaddafi and his regime.

The way police collect DNA or “Bios” under Schedule 7 is also a cause for concern. The purpose of collecting DNA is to identify individuals. Yet police, after having identified individuals and deciding to release them, still ask for DNA material. Such behaviour suggests that the police wish to create a DNA database as the DNA is being collected whether the person stopped is in any way linked to terrorism or not.

For a long time Muslims have talked about their fear that as a result of being stopped under Schedule 7 they have had their name put on a list. This fear has been given currency by the fact that individuals find they are being stopped every time they travel in or out of the country. Further weight has been given to this fear by former Detective Constable Maxwell’s employment case where “Counter-terrorism officers at Heathrow Airport’s Terminal 5 regularly put passengers with Arabic and African names on a security database”[4]. The authorities continue to deny the existence of a list or database of those searched under Schedule 7.

The IHRC recently learnt of a case where an individual is being prosecuted for not complying with the police under Schedule 7. The individual had been stopped and searched so often under Schedule 7 that during their last encounter, refused to comply with the police until the police provided a valid reason for the repeated stops. Unfortunately few people are willing to speak out as this individual has done so, and so most suffer these repeated harassing stops silently without any way to challenge the authorities.

Very often the Schedule 7 process is dragged out and delayed to such an extent people miss their planes and are not entitled to any compensation or assistance booking a new flight.

Despite repeated promises by the authorities that the Schedule 7 procedure would be improved, the figures as well as reports of Schedule 7 stops and the revelations in the employment case of former Detective Constable Kevin Maxwell [5] show that abuses and discrimination are widespread in the application of Schedule 7 powers.

The reality is that although the total number of people stopped may include members of all communities, it is clear that some ethnic groups are still being disproportionately targeted. Even these figures hide the fact that Muslims in particular are still being singled out, not only for searching, but also for more detailed interrogation and being detained for up to the maximum period allowed.

Muslims are also concerned about the attitude of many police officers carrying out the stops, who seem to assume guilt rather than innocence on the part of Muslims, and the sorts of questions that are often asked. Security issues do not require people to say what mosques they attend or how many times they pray, for example.

It is also a matter of concern that fingerprints and DNA are taken from some of those stopped and detained, even though they have been stopped at random rather than on the basis of any supposed grounds for suspicion, and are not even under arrest, let alone charged with anything.

It is particularly worrying when, after a long period of detention and questioning that is often perceived as hostile, young people are then asked whether they want to work for the security services as informers in the community. Such questions are often taken as carrying an implied threat as to the consequences should the individual not wish to be recruited in this way.

The IHRC calls on the government to face up to the real concerns that the increasing disproportionate use of stop-and-search under Schedule 7 is doing nothing to tackle real criminality, but is targeting and criminalising communities that are already suffering alienation and discrimination.
The IHRC recommends that in future, all stops under Schedule 7 lasting more then half an hour are recorded. Filming or recording audios of interviews will deter officers from abusing the system and will give confidence to those interviewed that should officers’ abuse their powers there will be proof which they can use to hold officers accountable. Such a procedure will give the process transparency and accountability.

This Briefing was first published on Monday 17 October 2011 and was later updated on 10 November 2011.