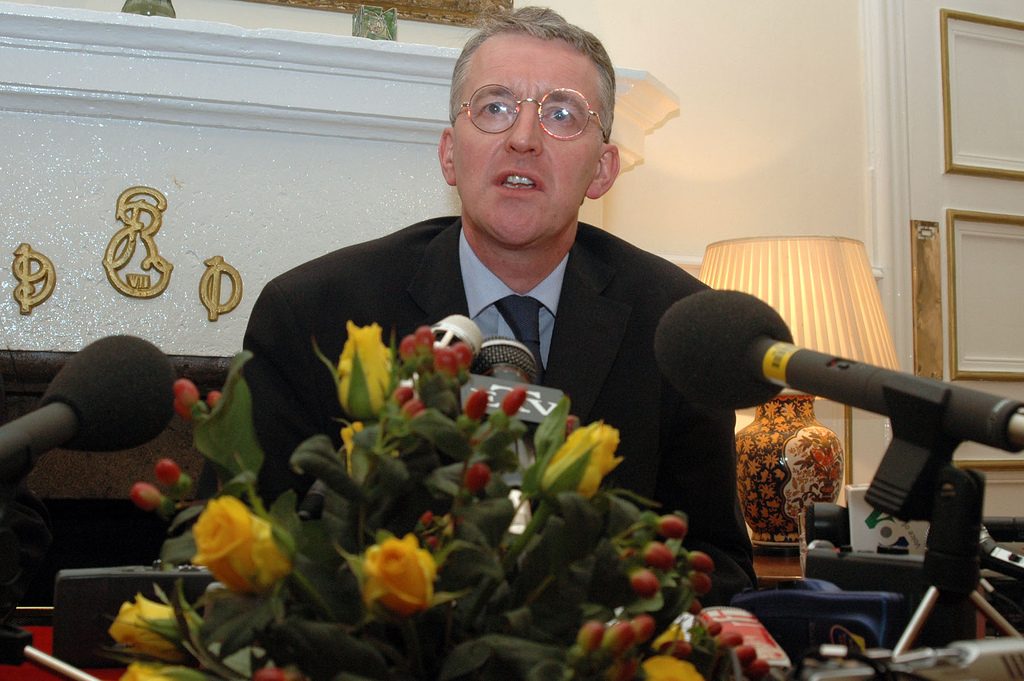 Shame on you Hilary Benn. I agree that ISIS has to be destroyed. However, ISIS is the creation of the USA, Saudi and Jordan. ISIS recceives money from Saudi and logistical support from Turkey. I do not support Assad. I remind you that just a few years ago Assad was an official guest of the UK government. The Assad family were dictators for decades. However, as was the case with Saddam and Qadafi, we do choose when we get tired of our favourite dictators.

You are very impassioned when it comes to bombing ISIS. Yet your passion and courage fail you when you witness Israel bombing Palestinians day after day. Hilary Benn you know where the red lines are in the House of Commons. Israel believes that a Jewish life is superior to that of every Palestinain, whether inside Israel, in the occupied territories or in the refugee diaspora. You and your New Labour colleagues and the Tories who shout, applaud and wave your order papers in fact silently cheer Israel when it bombs, assassinates and demolishes the homes of Palestinians.

The idea of Israel posed a clear, imminent and present threat to every Palestinian since the ‘House of Common Shame’ agreed to the Balfour Declaration. Not once in your political career have you stood up to condemn the wrong done to Palestinians. That the land did not belong to Israel has been as immaterial to you as the fact that the Saudis funded ISIS and Turkey provides the logistical support. Saudi provides the ideological framework and Turkey trades with the oil of ISIS.

Hilary Benn, you defend the UN resolution on taking all necessary measures to defeat ISIS. Never have I heard you defending the UN, or castigating the UN when it fails to pass resolutions in defence of Palestinian stone throwers who are bombed with some of the most sophisticated weapons ever made. So Hilary, you do know which UN resolutions matter to the ‘House of Common Shame.’ You have been in Parliament since 1997 and not once has your blood boiled when Palestinians are killed. Of course you are right to be appalled at the killing of British citizens on a beach in Tunisia. The perpetrators must be brought to justice. However, when Palestinians are killed on a beach then your courage and passion fail you. For Hilary Benn, you know where the red lines are in the ‘House of Common Shame.’

Hilary, you talk about the progress of the Vienna track. If you believe that peace is indeed being made then you are not fit to be Shadow Foreign Secretary. You know that the Saudis and the Turks are as interested in making peace as Israel is interested to make peace with Palestinians. The Saudis, Qataris and Turks have been doing everything to wreck the possibilities for peace. In fact their UN Security Council allies have been playing the same duplicitous game with the lives of Syrians. Of course it is a well-rehearsed show. They have had practice on the Israel-Palestine issue. So Hilary, shame on you.

Israel attacks Palestinians every day. Yet you and that ‘House of Common Shame’ stand unmoved. In fact you do walk on the other side of the Palestinians and with the Israelis. You know Hilary, where your political bread is buttered. Hilary, you ask what message inaction against ISIS sends out. I am asking you what message your inaction, not platitudes, sends out on Palestine. Children have their bloody limbs and heads blown off and you remain in your lane. In fact you switch lanes hoping that there are no CCTV cameras to show that you were indeed a witness. You do seem to choose your moments of inaction, Hilary. You say that you do not act with the intention to deliberately harm civilians. Yet, when your ally Israel deliberately targets civilians then you do not make impassioned speeches to arrest the war criminals. No you sit down and break bread. That is power being comfortable with power.

The moral urgency of bombing ISIS today, as in Israel, just betrays the treacherous decisions of the past and the devilish plans for the future. ISIS is a creation of that training programme in Jordan that was funded by Saudi and logistical support on the western flank provided by Turkey. ISIS, like Israel did not come out of thin air.

Hilary Benn, you claim that Francois Hollande, a fellow socialist, has asked for help. Let me say that the socialism of Hollande and New Labour is as flat as the expensive champagne that does the rounds. Ask Chukka. In France and in the ‘House of Common Shame’, Israel can slaughter Palestinians and the socialists choose to walk on the other side of the road.

Hilary Benn, you quote the Kurdish Regional Government spokesperson. That entity represents the same Israeli policy that had been hatched for Palestine. The Labour government planned the Balkanisation of Iraq. Today Iraq is wrecked by the pack of lies that underpinned the dismantling of the Iraqi state. The latter was always the objective of Israel, the neoconservatives and New Labour. You could not find your voice in that House of Common Shame to even raise a murmur. You, Cooper, Beckett and Johnson have chosen to walk on the side of those who caused the problem in Iraq. You created the conditions for ISIS and al-Qaeeda to find roots in Iraq.

Hilary Benn, whenever I hear someone saying that ‘there are legitimate arguments against bombings but…’ then I know that some illegitimate fudge is being prepared. There might never be a perfect time for bombing. But Hilary Benn, let me tell you that there is always a perfect time to work for a peaceful resolution of the Syrian and any other conflict. You can regale the House of Common Shame on why we should bomb but you cannot find you voice or backbone when you have to call for peace.

Hilary Benn, you who claims to be identified with internationalism. I can mention at least twenty conflicts where your internationalism remains unmoved. In your internationalism there is a hierarchy of worth for human beings. In North Africa, West Africa, East Africa and the Middle East your internationalism does not seem particularly bothered. The same goes for those with the fluttering order papers. Your commitment to tolerance, decency and support for the underdog only goes as far as the red lines of the ‘House of Common Shame’. ISIS might not share your values. But you, and those stamping their feet, baying out support in that ‘House of Common Shame’ do not care at all. The Palestinian issue is your litmus test. You fail it day after day.

Hilary you have the courage to mention Hitler and Mussolini as fascists. You do not have the courage to name the fascists in the Israeli government. Hilary Benn, you and the ‘House of Common Shame’, could not call out Netanyahu as a fascist even on the eve of the last Israeli election.

Hilary Benn, on the basis of the above I say shame on you and shame on the House of Commons. We cannot count on you to rebuild Syria. You and your phantom battalions and dodgy dossiers have never mattered in struggles for justice. Hilary Benn you know where your political baguette is buttered. Hilary Benn, I commend this post to grassroots activists. We will continue to work for peace. Perhaps you and the FSA will catch up. We will be picking up the shattered remains of the people that you have rendered as collateral damage. Shame, Hilary shame.