Spain: Islamophobia on the Rise 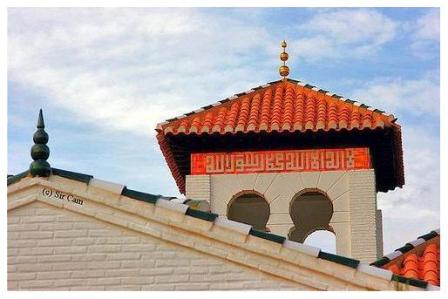 Some recent news reports demonstrate how Spain is suppressing the rights of Muslim women to wear the veil and the headscarf. According to a Daily Telegraph report of April 2010, in Madrid, a school girl was ‘…excluded from classes at the state-run Camilo Jose Cela School in the…suburb of Pozuelo after being told that her hijab was in violation of school dress code.’[1] In another Islamophobic incident, a Muslim lawyer was ordered to leave the courtroom by the judge for wearing a headscarf, documents an Earth Times article of Nov 2009. [2]

Further, with the niqab (veil) already banned in Lleida and El Vendrell, Barcelona is the third city to ban the veil in some public places, according to an IHRC news alert of June 2010.[3] The report states that the mayor of Barcelona, Jordi Hereu announced that the ban is purely for identification purposes to ensure public safety. However Alberto Fernandez of the PP Conservative Popular Party called for a ban in all public places and stated that the niqab is a violation of the freedom and dignity of women. The IHRC report highlights the ‘‘symbolic’ nature of the ban’, and voices the fears of the Muslims who ‘…feel that the Spanish authorities are hiding behind the rhetoric of security to pursue their Islamophobic policies.’ [3]

These discriminatory policies clearly breach Spain’s Law of Religious Freedom (1980), as well as the International Human Rights law detailed towards the end of the report.

Mosques are being increasingly targeted and are symbols of Islamophobia in Spain.

According to a study conducted by Lauren Beck, Assistant Professor of Spanish at Mount Allison University Canada, on the representation of Islam and Islamic space in modern-day Spain, ‘there are few mosques’ in the country and the increasing number of Muslims have ‘adapted or constructed’ facilities for the purpose of worship which are not like the traditional mosques with ‘minarets, prayer rooms or calls for prayer.’ [4] She also comments on the prayer space in the mosques stating that ‘Muslims must be worshipping in alternative venues, because there appears to be insufficient space in institutions registered with the government.’ [4]

A prominent community leader in Spain also reiterates Beck stating that the ‘lack of places to pray is dramatic’ and most mosques are make-shift garages or run-down places in need of repair. He also reveals that Muslims face serious difficulties in opening new mosques. [5] According to his report, there are more new-build mosques in London than in all of Spain even though the latter is home to more than 1,500,000 Muslims, making it the fourth largest Muslim populated EU country.

He also states that in the last twelve years, Spain has witnessed more than fifty anti-mosque movements and most of them have been successful in closing down mosques. According to The Telegraph report of July 2010, a popular mosque in Lleida was closed down because it was ‘too full’ and was ‘often filled with crowds exceeding a thousand people…when the authorised limit for the venue is 240.’ [6] Another one in the island of Ibiza was shut down in October 2010 after the Imam was supposedly charged for mistreating several students, according to a Spanish report translated by Al Arabiya news channel. [7] However, many Muslims expressed their resentment at the mosques closure and all those interviewed for this report, including officials, ‘agreed that the mosque was never a nuisance.’

Placing restrictions on places of worship is an infringement of basic religious rights, as detailed in the international human rights laws mentioned towards the end of the report.

Biased Representation of Muslims in the Spanish Media

The mass media in Spain is allowed to propagate Islamophobic messages, contributing to increasing anti-Muslim hostility and possibility of physical and verbal abuse against Muslims as well as Islamic symbols.

According to a news report based upon a study on media representation of women by Laura Rodriguez, President of Junta Islamica Catalana, ‘…the Spanish media not only talks about Islam with negative connotations, it also portrays a prejudicial image of Muslim men and women, showing males as violent and dominant and females as submissive and victimized.’ [8]

A ‘bad Muslim’ is often represented in the Spanish media as being an ‘anti-democratic immigrant’, sporting a beard and speaking Arabic or a ‘non-western’ language, states Beck in her research paper on representation of Islam in Spain. [4]

Laura Navarro, lecturer in Intercultural Communication at University of Valencia, Paris, further reveals how the Spanish media negatively influences the image of Muslim women. She writes that ‘…the newspaper articles studied mainly present Muslims women in three ways: as passive women, as victims and as veiled women.’ She further quotes another author stating that they are depicted as ‘observers rather than as active participants in their community’ and are seen as ‘lacking individual or personal attributes’. She also states that the ‘practice of Islam’ is increasingly linked to the ‘discrimination of and physical violence against women.’[9]

With regards to the niqab she quotes that the veil is portrayed as a ‘sign of mystery…of submission and oppression.’ [9]

Apart from the niqab, other Islamic symbols like mosques are negatively represented in the Spanish media as well. Beck states in her study that the media portrays ‘make-shift mosques’ and ‘international sources of funding’ as ‘negative’ and ‘associated with fears of terrorism.’ She also reveals that Muslims are repeatedly linked to terrorism and perceived to assemble in mosques and places of private gathering to discuss terrorist related activity. [4]

Apart from the aforementioned Islamophobic policies, Muslims in Spain are also subjected to other religious restrictions which make their day to day life difficult.

Halal food is not easily accessible, even though Spain has a large Muslim population.

There is no freedom to perform burial rites in accordance with Islamic tradition; corpses of Muslims who die in Spain are often returned to their countries of origin for burial.

Various Islamic organizations do not have the liberty to freely express their views or perform religious activities even though they fall within the limits of legal religious expression. Discrimination against Islamic organizations is even more evident in matters pertaining to organizations of other faiths: the Catholic Church reportedly receives enormous funding to manage and operate its system whereas Islamic societies receive next to nothing. Beck states in her study that statistical data collected in Spain reveals ‘disproportionate information collection and circulation practices that tend to favour Catholicism and democracy while stigmatizing Islam and immigration.’ [4]

Spain’s Islamophobic policies are not only in violation of its national laws but regional and international laws as well.

The Universal Declaration of Human Rights 1948 speaks about the ‘advent of a world in which human beings shall enjoy freedom of speech and belief’.

Further, as noted by the UN Declaration on the Elimination of All Forms of Intolerance and of Discrimination Based on Religious Belief 1981 (‘1981 Declaration’) ‘religion or belief, for anyone who professes either, is one of the fundamental elements of his life’.

In addition, according to the European Convention on Human Rights (ECHR), section A9(1), ‘Everyone has the right to freedom of thought, conscience and religion…either alone or in community with others and in public or private, to manifest his religion or belief in worship, teaching, practice and observance.’ Under A.9(2) ECHR, ‘[f]reedom to manifest one’s religion or beliefs shall be subject only to such limitations as are prescribed by law and are necessary in a democratic society in the interests of public safety, for the protection of public order, health or morals or for the protection of rights and freedoms of others’. A.10 ECHR provides that the right to freedom of expression includes, ‘freedom to hold opinions and to receive and impart information and ideas without interference’. A.2 of the First Protocol to the ECHR (1952) (to which Spain is a signatory) states, ‘[n]o person shall be denied the right to education…the State shall respect the right of parents to ensure such education and teaching in conformity with their own religious and philosophical convictions’. Under the ECHR, the limitations on freedom under A.9(2) are subject to A.14 which provides that Convention rights ‘shall be secured without discrimination on any ground such as sex, race, colour, language, religion, political or other opinion, national or social origin, association with a national minority, property, birth or other status.’ The European Court has stated that discrimination on the basis of certain grounds, such as race and sex, is particularly serious and has stated that ‘very weighty reasons’ would have to be advanced before such treatment could be regarded as compatible with the Convention.

Further, according to International Human Rights law, specifically article 18 of the International Covenant on Civil and Political Rights (ICCPR) the freedom to manifest religion and belief individually or with others is protected and considered fundamental to freedom of expression. Article 26 of the ICCPR outlines the right to non discrimination on the grounds of religion. Article 20 of the ICCPR states that international human rights law protects people against the promotion of religious hatred which amounts to incitement of discrimination, hostility or violence.

Furthermore, the Convention on the Elimination of all Forms of Discrimination Against Women 1979 (CEDAW), to which Spain is a state party, provides that the term ‘discrimination against women’ shall mean any distinction, exclusion or restriction made on the basis of sex which has the effect or purpose of impairing or nullifying the recognition, enjoyment or exercise by women…on a basis of equality of men and women, of human rights and fundamental freedoms…’ (A.1). A.2 places an obligation on states to ‘condemn discrimination against women in all its forms’ and ‘to pursue by all appropriate means and without delay a policy of eliminating discrimination against women…’CEDAW also recognizes the right to education (A.10) and employment (A.11) for both men and women. Freedom to seek education is also protected in the Convention on the Rights of the Child 1989 (A.28).

Spain’s Islamophobic policies are in breach of all the above-mentioned human rights laws and blatantly infringe upon basic privileges to which every human being is entitled.

Spain’s Islamophobic practices are following in line with those of many other European countries who have also succumbed to this racist agenda. Beck quotes author Vaclav Smil who states in his Population and Development Review that ‘…cultural intolerance for Shar’ia, the hi’jab, and the lack of public funding for madrasas…[is]…an indication that integration and assimilation of Muslim immigrants is not a priority for European governments, and indeed, may conflict with overall policies toward multiculturalism, human rights, and other liberties afforded under the EU and its constituent states.’[4]

Spain should thus take immediate action to eradicate all discriminatory laws against Muslims and make the best efforts to help the Muslims integrate into the Spanish society and contribute to its positive growth.

Being a multi-faith society, Spain should exercise tolerance, respect and public recognition of all faiths, including Islam. It should implement and uphold all the human rights laws, both national and international, to which it is a signatory. Spain is a country which enjoys a rich Islamic heritage, culture and history, thus, it should continue to celebrate the diversity of Islam and should pioneer to eradicate all aspects of Islamophobia from its society.